Is there any passive component holder similar to a fuse holder?

Below is a fuse holder from Keystone. As far as I know, it allows the user to replace the fuse inside easily when it is needed. 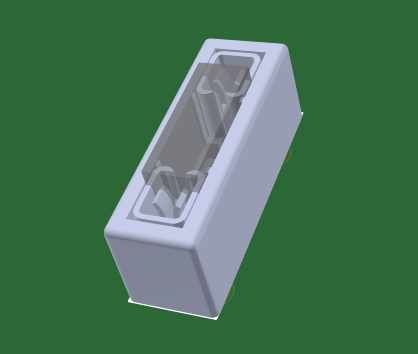 My question is, is there similar holder for regular SMD passive components, such as 0603 holder, 1206 holder and so on?

For example, If I would like to test a part of my board with different capacitors, I could simply plug out the capacitor and replace with a new one, instead of soldering and unsoldering it. I know soldering a component is really not much of work, but i am imaging with such holder, it is much faster for testing, it saves time to replace components without any extra eletrical equipments.

I tried to search it on Digikey but only found fuse holders and LED holders. I guess there must be a reason why this is not popular (or it does exist with some special names?), thus I hope someone can maybe give me a explanation or insight of this idea?

You could try using female header pins. It's not exactly what they are designed for, but as long as the legs of the passive components are thick enough, it should do for testing. I found these on Digi-Key: https://www.digikey.com.au/product-detail/en/sullins-connector-solutions/PPTC021LFBN-RC/S7000-ND/810142

Not the answer you're looking for? Browse other questions tagged pcb components testing fuse-holders or ask your own question.

38
Is there any reasoning behind component names?
2
PCB/SCH Design: Fuse w/ Holder
0
Fuse and fuse holder
27
What is this cartridge fuse style component?
2
combine fuse holder and connector
0
At which amperage will 2 x 100A fuses mounted onto a dual fuse holder blow?
0
Is it safe to go over a fuse holder voltage rating?