Why are tapped transformers needed in RF amplifier circuits?

I'm not really sure why, but I have seen many different RF circuits in which the input to a transistor is taken from a center tap instead of across the entire secondary, such as this example: 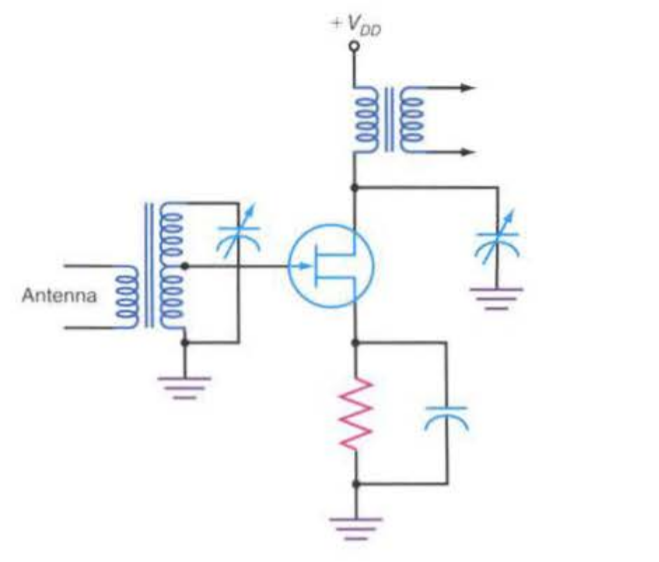 Why is the input taken from the tap instead of across the entire secondary?, I don't understand the need for the tap.

Sometimes also the output might be connected to the tap instead of the bottom side of the primary like this example:

And in some extreme cases, like this IF amplifier, only the tap is used, the outer end of the primary is left disconnected.

What is the logic behind this?

Tapping the top of a tuned cct tends to load it, reducing its Q, broadening the bandwidth where you want a narrowband to reduce interference. In your first example the FET is a high resistance load but it still has input and Miller capacitances which you don't want across the tuned circuit.

Tap at 1/3 of the inductor, and you transform the equivalent impedance across the whole tuned cct by 3^2 = 9.

Same in the 2nd cct : while the transistor approximates a current source, it adds a high but not infinite resistance across the coil : by connecting it to a tap, the impedance across tho whole coil is increased. (Also the transformer steps up the resulting voltage, increasing gain).

In the third circuit I suspect it's merely a way to get one of several step-up ratios (and impedance transformations) out of a standard transformer. I see part of a second one : was that connected differently?

Sometimes it can be used to convert from a standard impedance like 50 or 75 ohms from an antenna or transmission line to a higher one for tuning.

Not the answer you're looking for? Browse other questions tagged amplifier rf transformer or ask your own question.