Rummaging around the junkbox in an effort to find a 600:600 ohm audio isolation transformer, I found a possible candidate rescued from a store closure some time back. It's basically a cheap, low power unit that looks something like this: 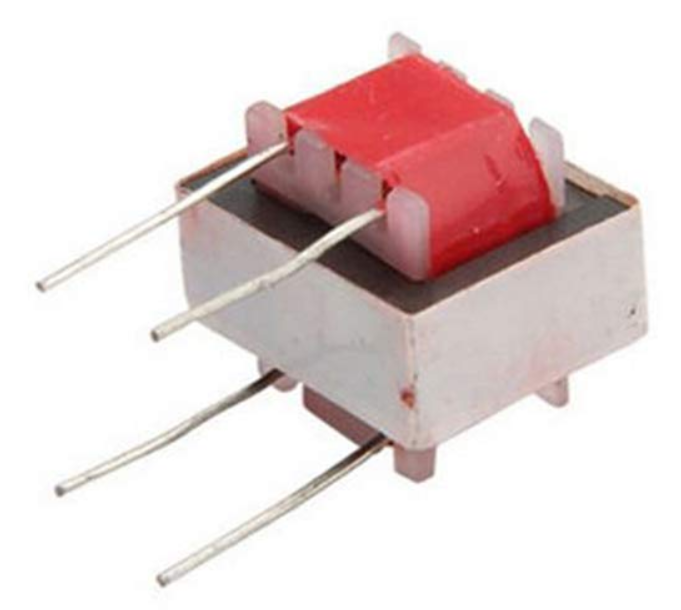 Unfortunately, it came without a datasheet, but I had marked it 1:1 (probably after some quick measurements). Now the 600 ohm termination resistances are significant and I'm wondering how I might determine if this is actually a 600:600 audio isolation transformer. The inductance of both primary and secondary are both around 395mH, whilst the winding resistances are 40 ohms and 50 ohms (oddly, not quite the same).

What's the best way to determine if this audio transformer is designed with 600 ohm terminations in mind?

What's the best way to determine if this audio transformer is designed with 600 ohm terminations in mind?

Probably the only clear-cut way is to drive one winding from a signal with 600 ohm source resistance and load the other winding with 600 ohm and plot the frequency response.

If you get a decent flat frequency response then that tells you that it is good for 600 ohms in your target application. But it might also be good for lower impedances like 100 ohms. The thing is about transformers is that they aren't suited necessarily to one impedance regime - they will work across a wide range of circuit impedances. However, the lower you go in impedance the more it is likely that higher frequencies will become attenuated due to leakage inductances in each winding.

Additionally, with a 100 ohm regime and using a 600 ohm transformer, you might get slightly improved lower frequency response.

the winding resistances are 40 ohms and 50 ohms (oddly, not quite the same).

This might be because one winding is wound beneath the other i.e. the winding wound closest to the core will use less copper wire for the same number of turns.

Not the answer you're looking for? Browse other questions tagged transformer audio transfer-function or ask your own question.