I've calculated the area of product needed for transformer, it's 71cm^4, but in core datasheets there is not value with cm^4 unit for example: https://www.tdk-electronics.tdk.com/inf/80/db/fer/e_65_32_27.pdf, am I missing something here? How can I choose a core for calculated area of product in cm^4 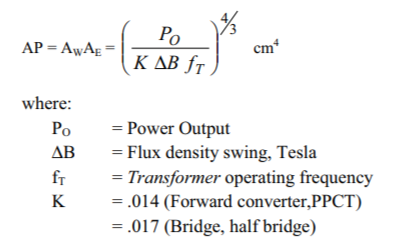 Now that we've got the formula and source reference we can see that the source mentions on page 8 the area product which is different to the "area of product" in your question. (If you want an "of" in there it would be the "product of areas" rather than the other way around.)

A novice in the art of transformer design usually needs some guidance in making an initial estimate of the core size appropriate for the application requirements. One widely used method, with many variations, is based on the core Area Product, obtained by multiplying the core magnetic cross-section area by the window area available for the winding.

Just before the AP equation the article explains ...

Some core manufacturers no longer provide area product information on their data sheets, often substituting their own methodology to make an initial core size choice for various applications.

That means that you'd have to calculate it from the information given in a datasheet. 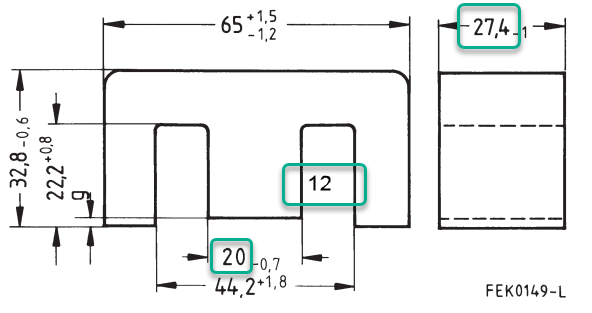 AW (often referred to as AN in datasheets) is the area that is filled by the cross sections of the wires: 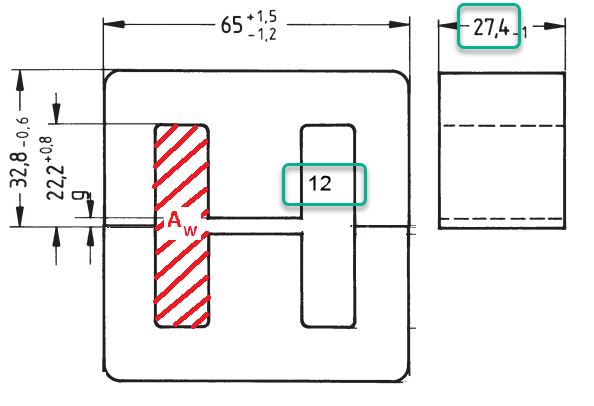 Since some of this area is occupied by the bobbin (a.k.a. coil former), it's always lower than calculated. That's why this area is given in the datasheets for various types of bobbins for the same core. As can be seen at p.4 in the datasheet, AW is given as 4.35cm² for the only bobbin. As stated above, winding window area is mostly given as AN in datasheets.

From those numbers we can calculate:

Remember that I don't know what I'm talking about.

As @Transistor stated, it's the Area Product, not Area of Product.

The value can be used to select a core for required power level.

Today manufacturers publish a list of cores for various power ranges and topologies. But still the AP method is useful. If you have the value of AP and not have a list for cores/power levels then pick a core, find its AE and AN (or AW) from the datasheet and multiply them. If the result is larger than or equal to your required value then the core is suitable for your needs.

PS: I'd like to know which values are you used for AP calculation. 71cm⁴ is quite large to me.

Not the answer you're looking for? Browse other questions tagged transformer switch-mode-power-supply magnetics or ask your own question.

1
Transformer dimensioning for SMPS (not the Aw Ae way)
1
How come SMPS regulators doesn't show current limiting circuit?
0
Low weight split core transformer on 11kVA transmission line
0
SMPS (LM2678) what transformer to use and why?
5
What is the name for this Encapsulated SMPS
0
Understanding datasheet for SMPS transformer
0
Help with choosing transformer wire type and sizes for high frequency transformer
0
Winding losses in transformer