It's probably better if you looked at the equivalent circuit of a power transformer: - 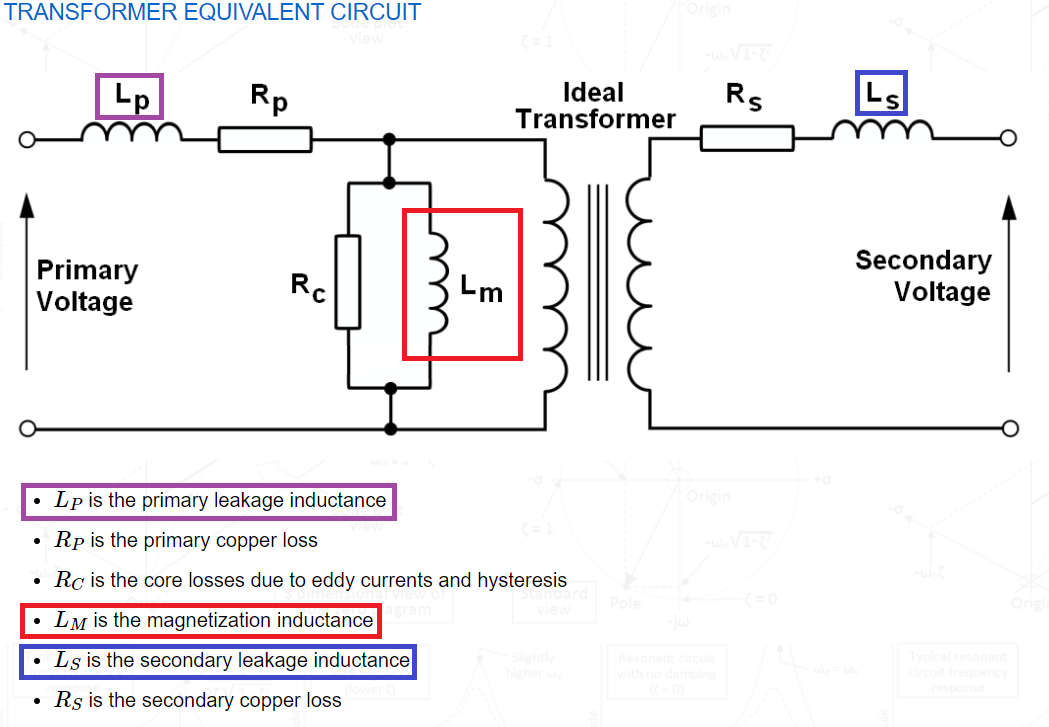 \$L_P\$ and \$L_S\$ are inductances that don't couple between primary and secondary aka leakage inductance.

I've literally seen dozens and dozens - it's probably one of the first calculations you make when designing a transformer. You have the core material and dimensions and from that you can calculate inductance based on \$A_L\cdot N^2\$ where \$A_L\$ is a number that embodies all the core and dimensional data and \$N\$ is the number of turns.

Not the answer you're looking for? Browse other questions tagged transformer inductance magnetics or ask your own question.

14
Does the number of turns in Turns Ratio matter in transformers?