Any chance of identifying how this GTX1070 blew a mosfet/VIA on the PCB?

I've been in the process of trying to repair a faulty GTX 1070. In my previous question I asked about a blown MOSFET which was answered and I replaced it and amazingly the card now has a full compliment of voltages in the board.

However, when testing for the first time after fitting the new MOSFET this trace at the far end of the board blew, next to the DVI connector. Funnily enough, I had the DVI plugged in to a display of which worked with the previously removed card. You can see the tiny crater left behind next to the DVI port of which the trace was attached to ground (until I cleaned it out) 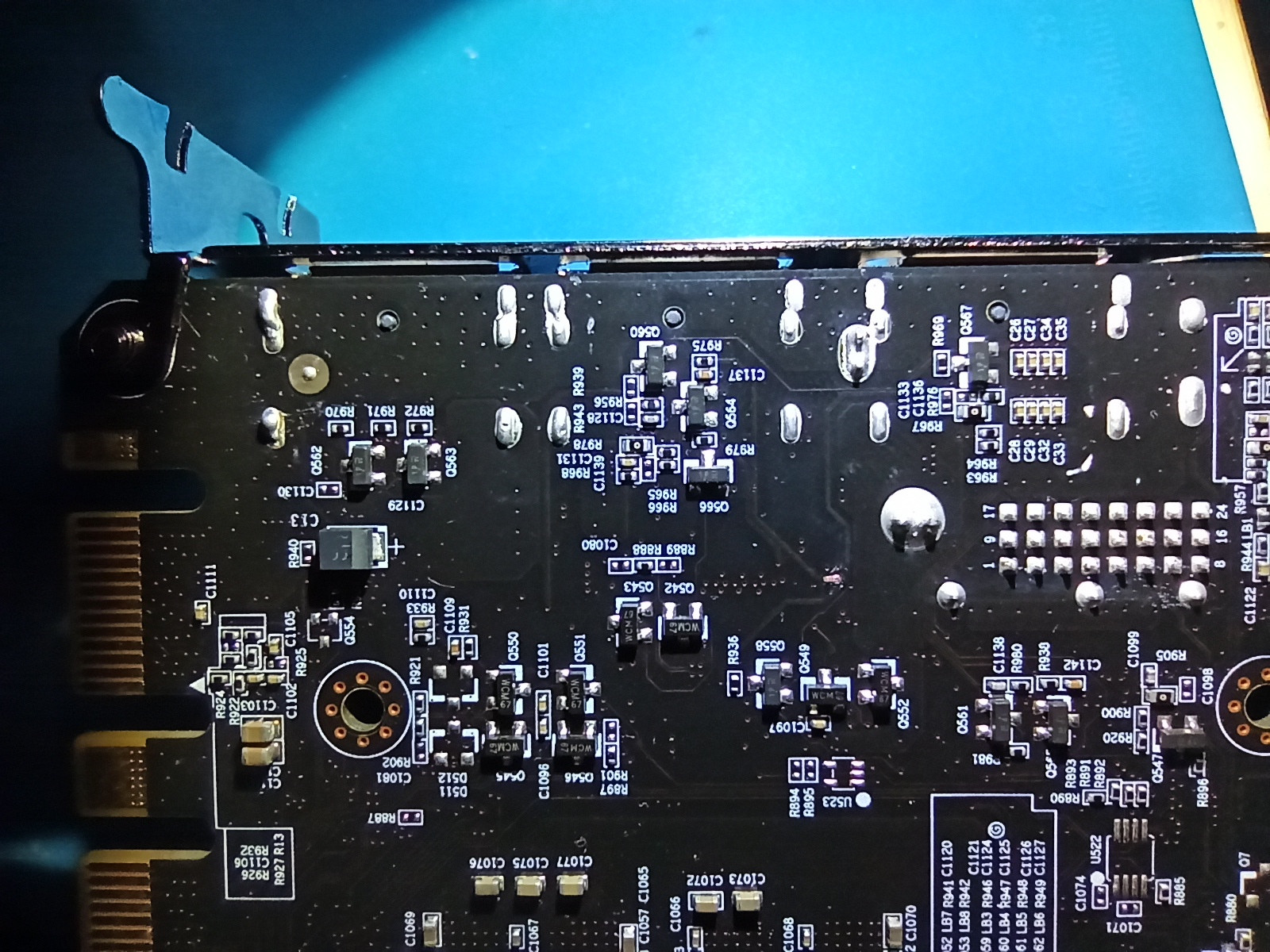 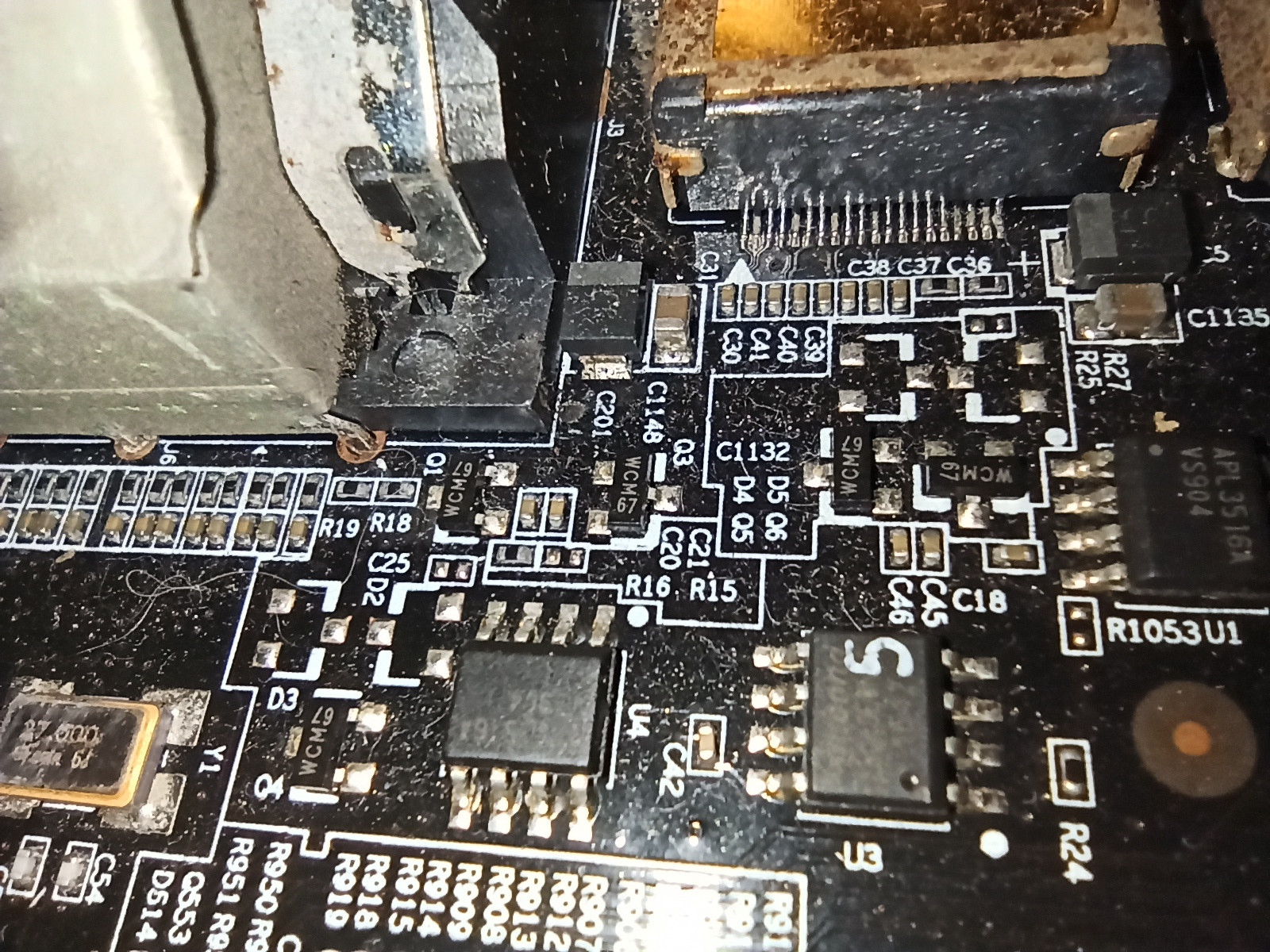 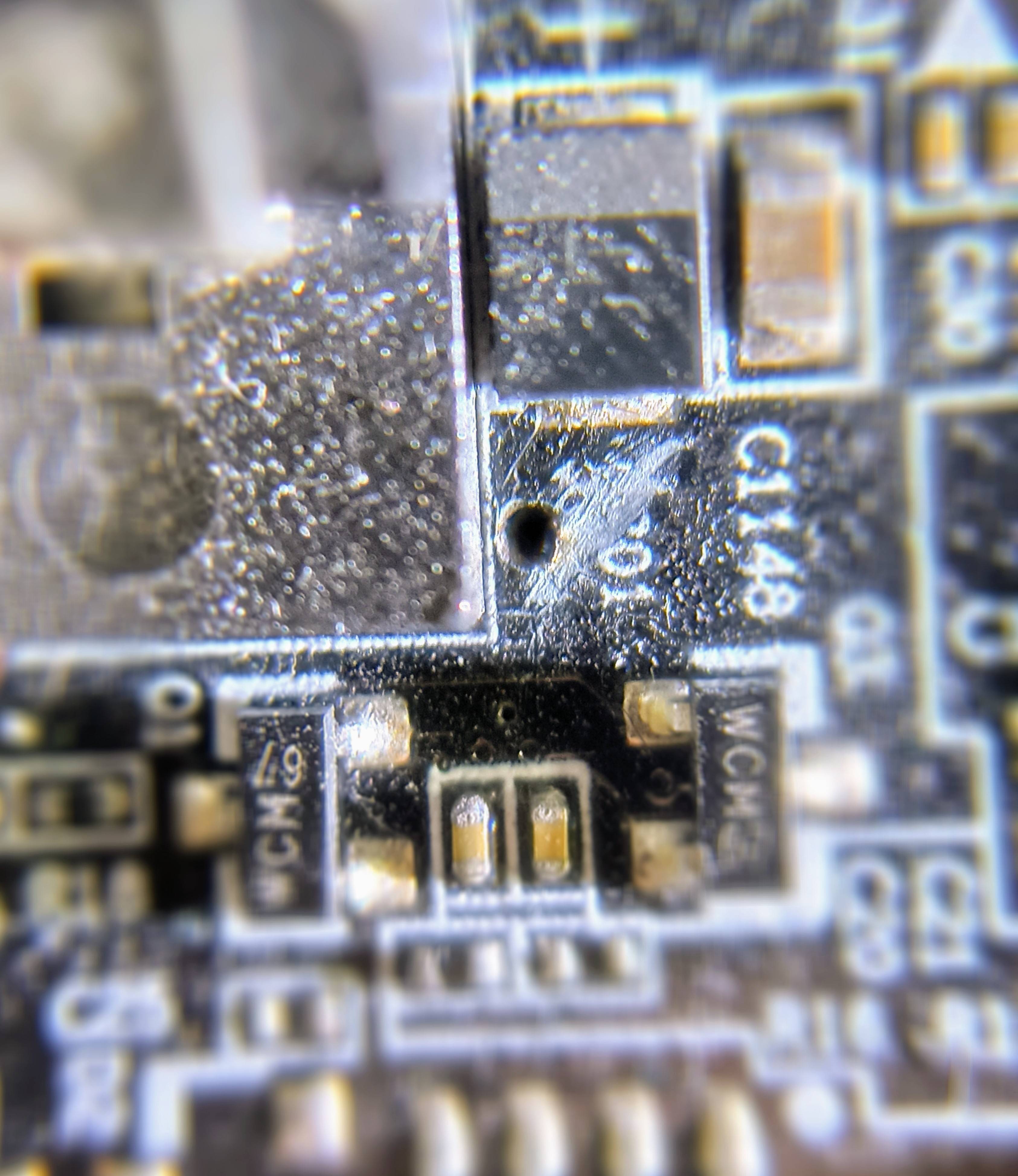 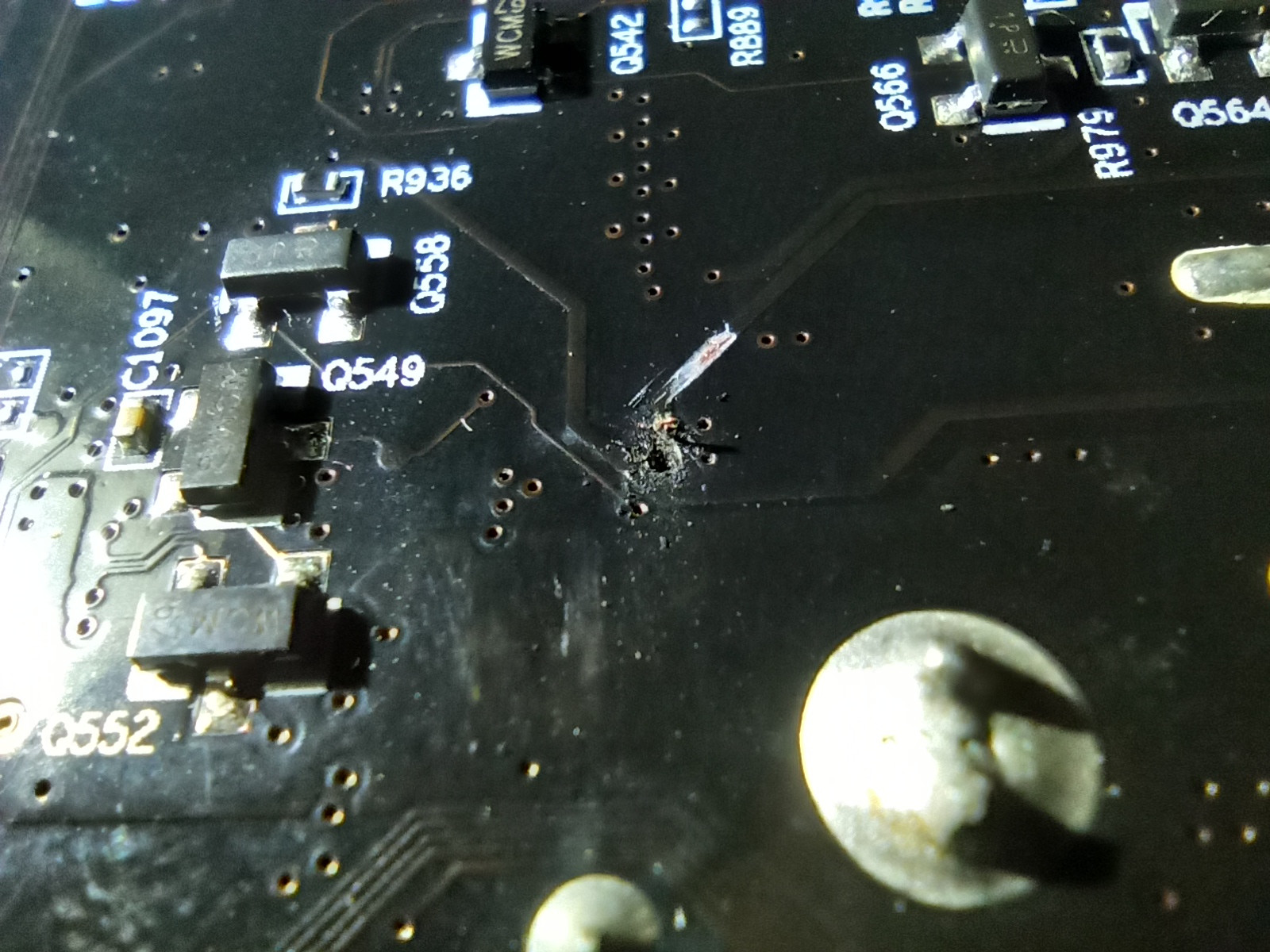 Looking on the forum's elsewhere, it looks like this part of the circuit is tied into the switching circuit that switches from the PCIE 12V supply to the 8 pin PCIE supply. So like, if you didn't thave the PCIE 8 pin plugged in, it would use the slots 12V supply to display something along the lines of 'plug in PCIe cable'

So the circuit in question is NV12V which takes a 12V feed (12V_F) from the PCIE slot. This comes to Q521 PNP mosfet which was originally blown and since replaced with the same model of mosfet but perhaps slightly higher current ability. Once the mosfet was replaced, I had a full compliment of voltages on the board i.e. the GPU was powered as was RAM.

It was then following this new mosfet fit that the Via then popped. The boardview below shows which components are attached to this circuit.

Looking over the board, there's nothing shorted out, probing resistors, transistors, mosfets, nothing has shorted out.

I'm thinking mechanical failure perhaps? The board looks ok but the ports and bracket are corroded 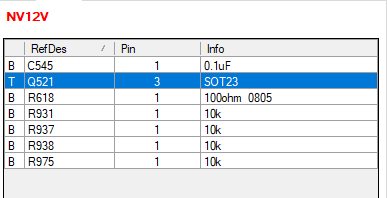 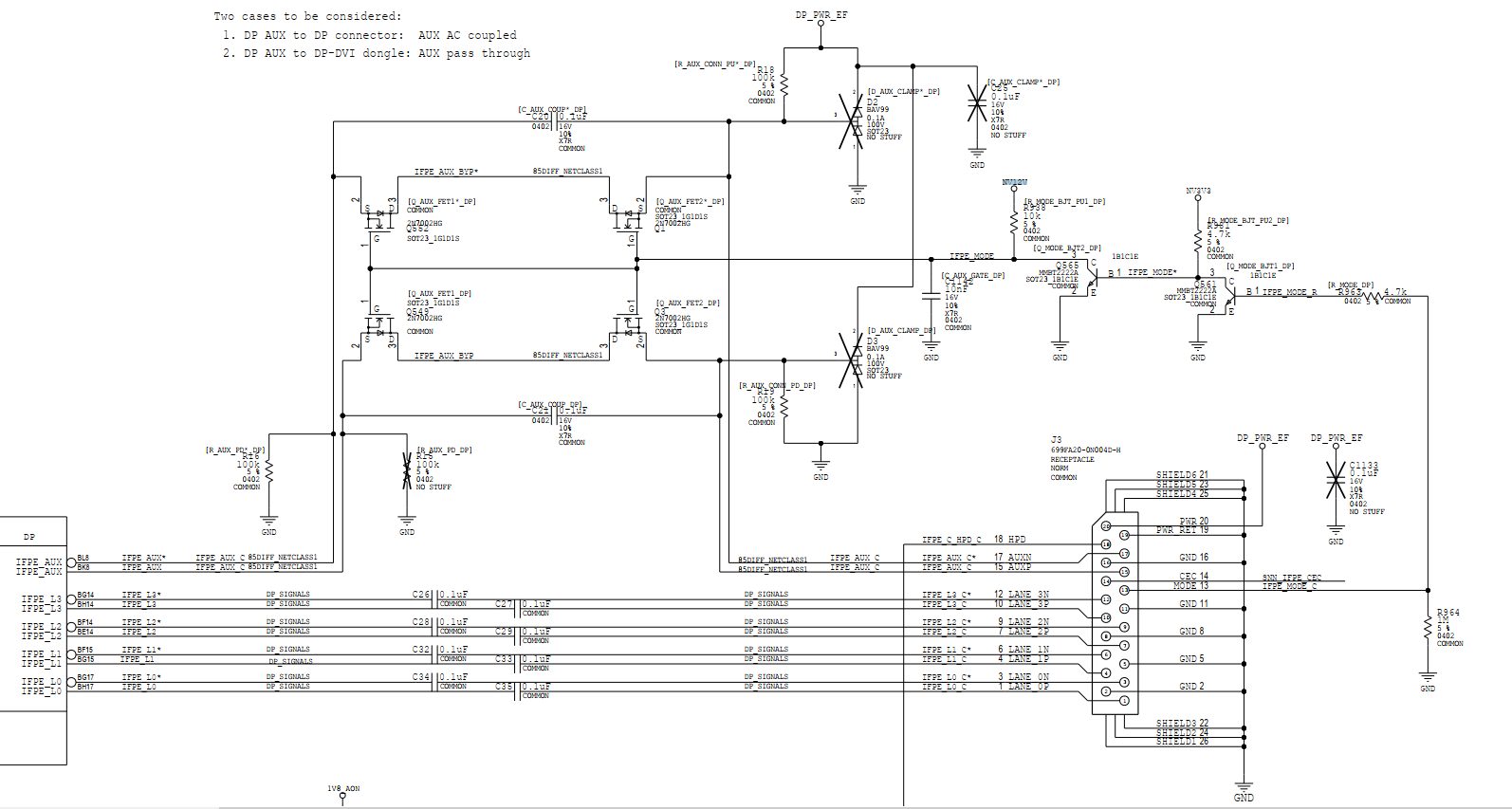 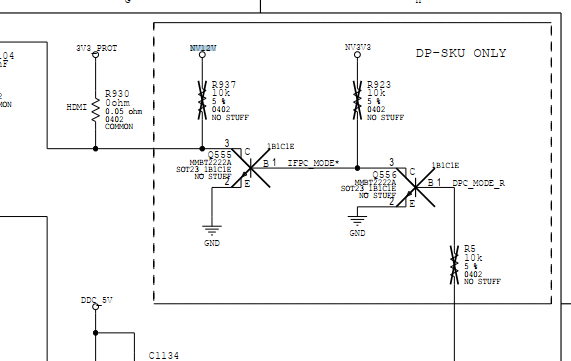 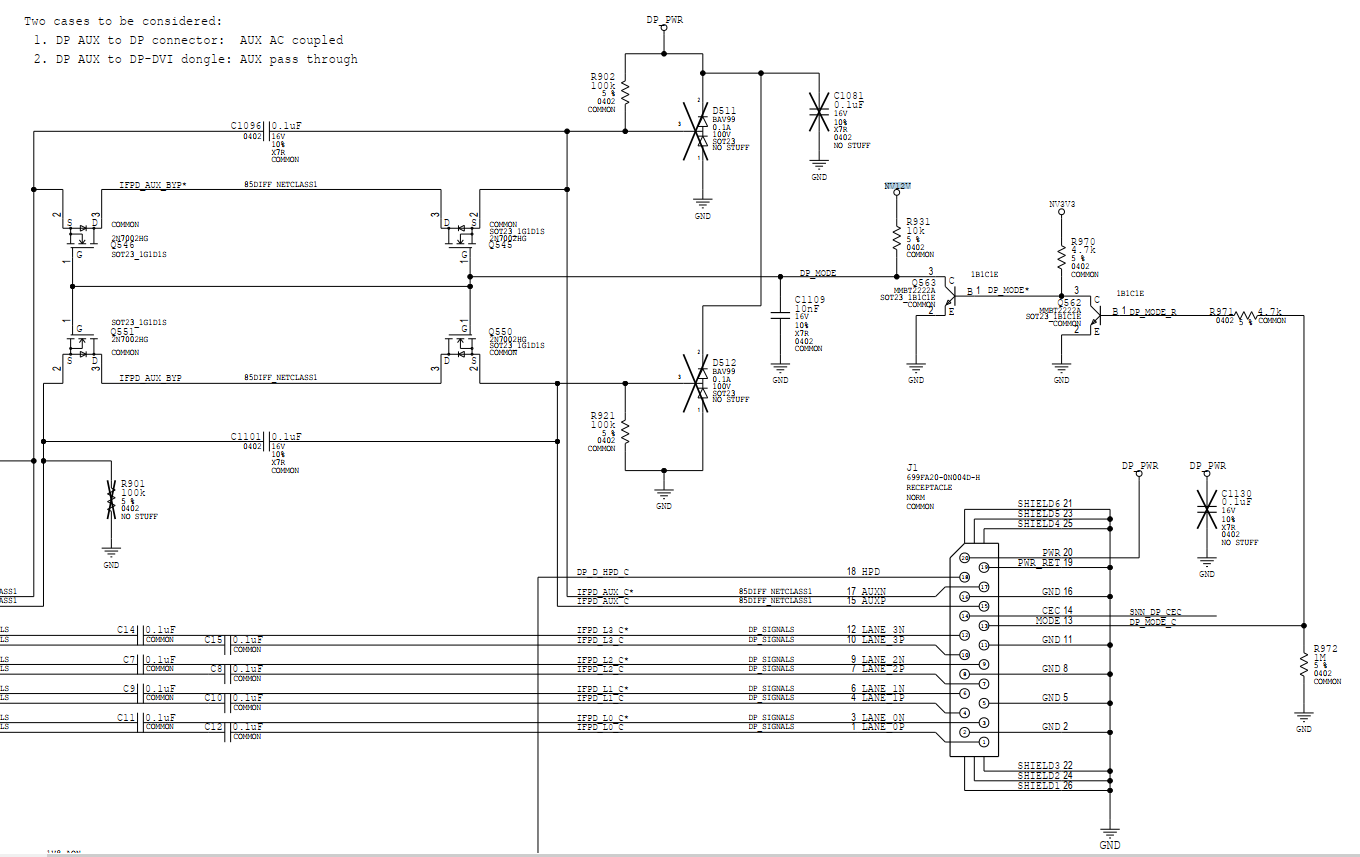 The circuit in question is the NV12V circuit on the PCB.

I've concluded that a short occured within the multi layer PCB on the NV12V circuit after Q521 between R931 and R938, possibly in the vicinity of the plated via.

This short, initially blew out the Q521 MOSFET as it was likely only rated to 115mA. Once replaced, Q521 was able to supply up to 300mA which once powered again supplied enough power to blow out the plated via on the PCB. Either way, there was still a short.

I've drilled the plated via out and the short remains and so seeing only R931 and R938 remain, desoldered their resistors and replaced them with others overboard directly to the remaining NV12V circuit.

The card lives! Albeit the HDMI isn't detected, the DVI is and that's enough for now.

Not the answer you're looking for? Browse other questions tagged pcb via trace or ask your own question.