How does my breadboard circuit diagram look? Is my circuit going to explode?

I'm working on my first Arduino project and I thought I picked something simple enough. But before I set my breadboard on fire or ruin any of my components, I wanted to make sure my plan made since because I'm synthesizing several tutorials and data sources.

I am mostly confident I have selected the right components, but want to be sure I am connecting everything in the right order.

The goal of this project is to press a button which will activate an LED (internal to the button) and activate a solenoid valve. The button/LED and Arduino Uno board require 5V power and the solenoid valve requires 12V power.

Below is a diagram of my planned circuitry and here is a quick description of it: 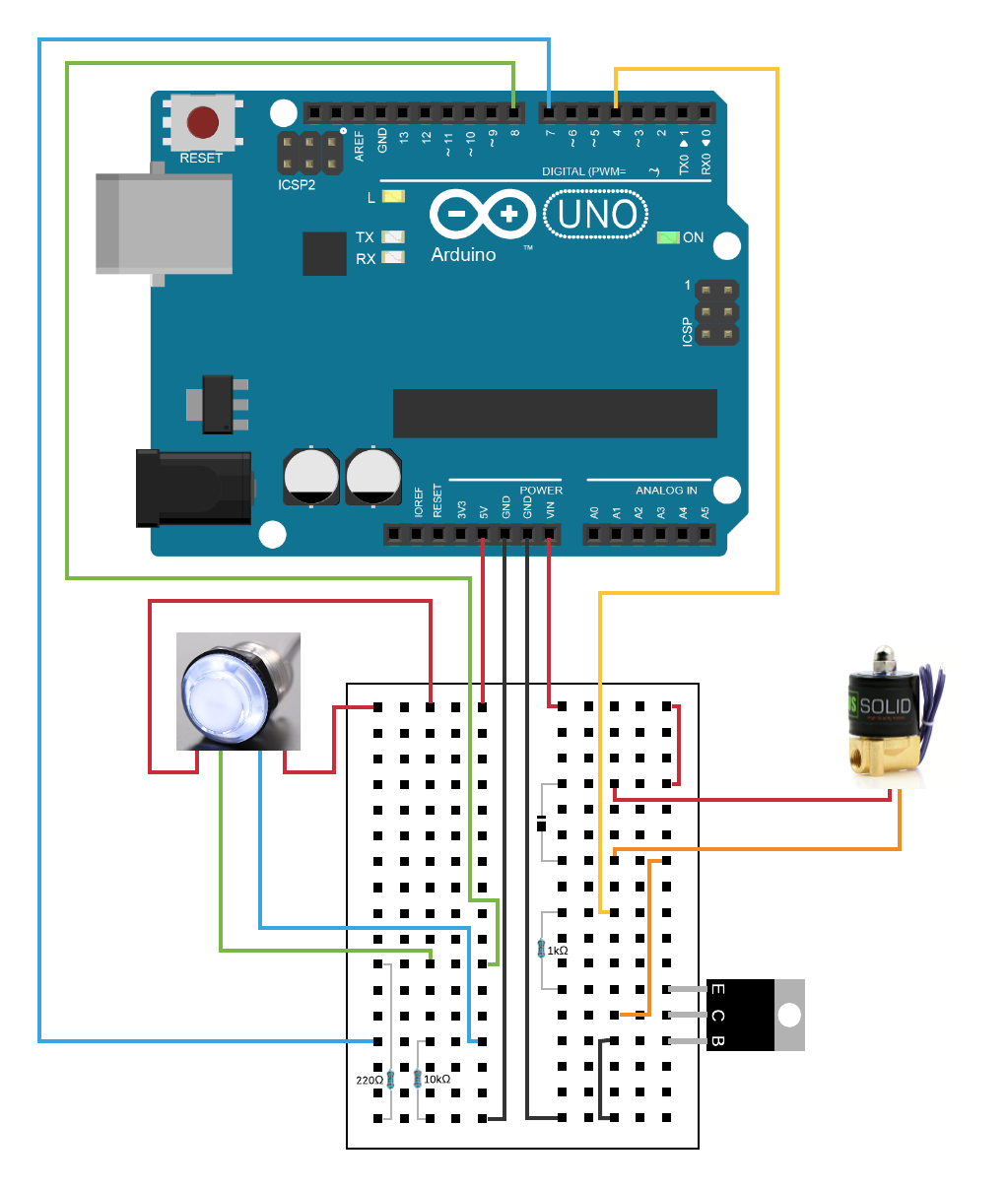 Some of the resources I referenced:

Some of my components:

Below is my second attempt at a circuit schematic. 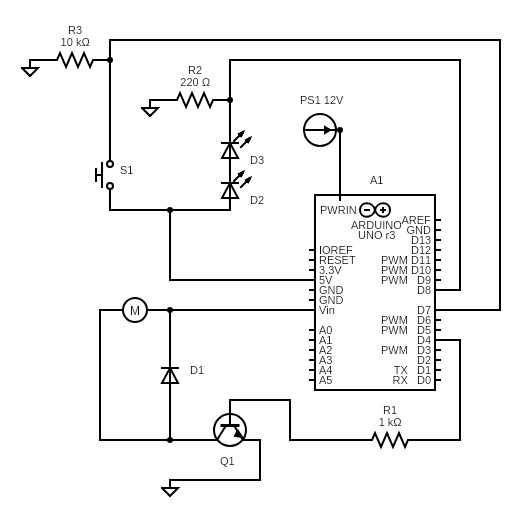 The first "half" of my project is complete, with the button and LEDs working as expected (obviously this part was easier). I don't have the 12V power supply yet so I can't test the other "half." 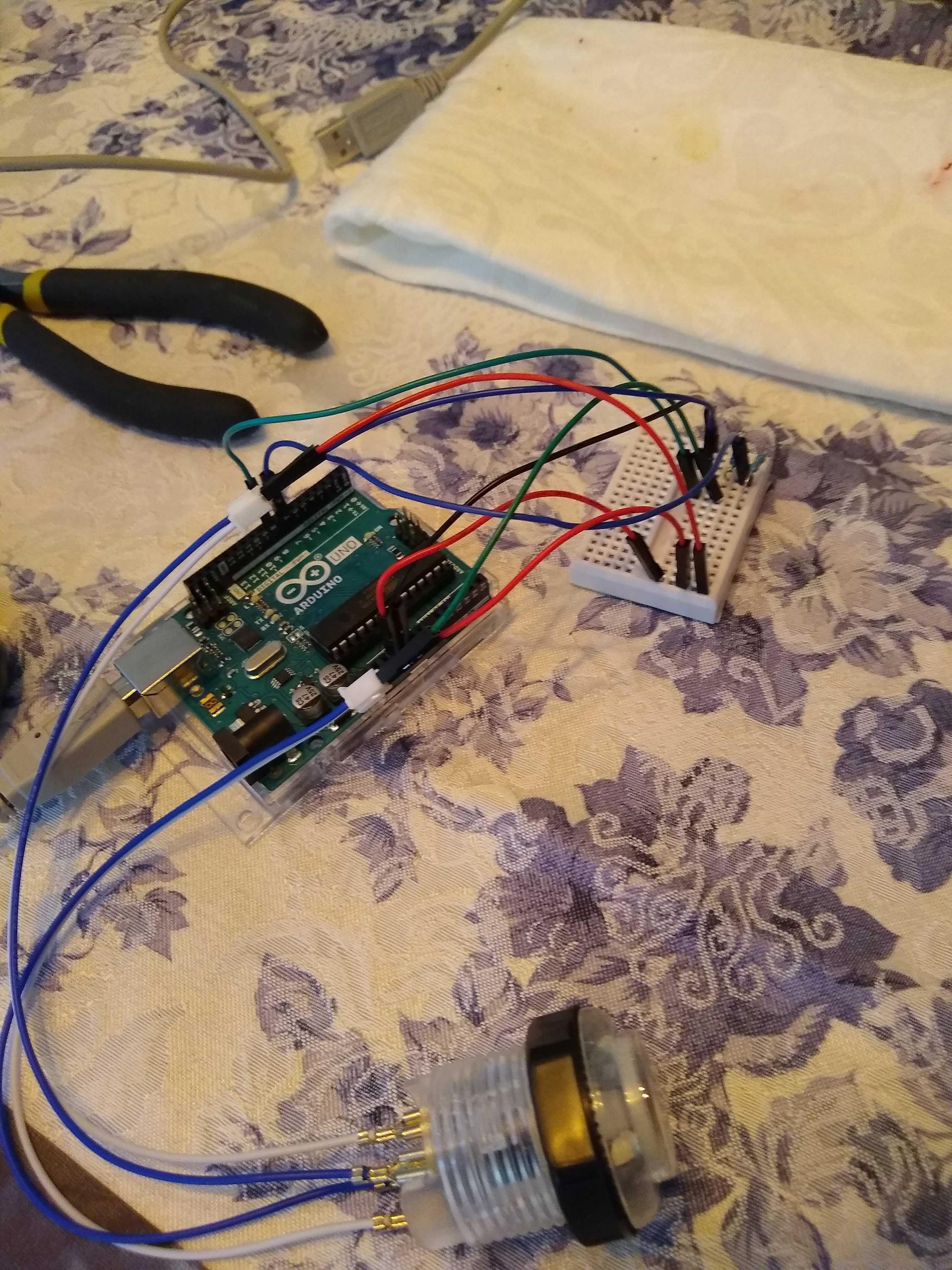 I'd love to hear any feedback on my circuit schematic (first time making a diagram like this as well): 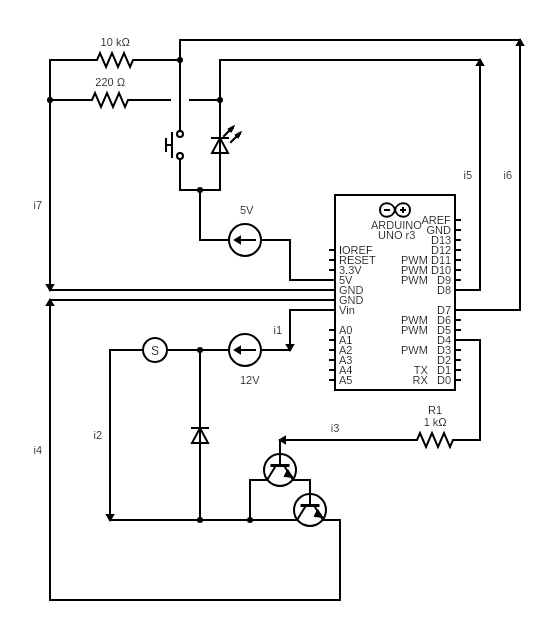 You're not going to explode yourself, but your circuit isn't going to work.

According to your wiring diagram, your transistor is connected wrong.

Note where the base, emitter, and collector are connected.

Besides the transistor, you'll want to consider the current it takes to operate the valve.

According to the info page for the valve you linked to, the valve uses 15 watts at 12 volts when activated. That's over 1 ampere of current. Depending on the quality of your breadboard, that may be too much. The contacts might get hot and no longer properly hold the wires. Worst case you melt the plastic on your breadboard and ruin a bunch of contacts on your breadboard.

It would have been nice if you had posted a schematic diagram as well as the wiring diagram.

In this case, the wiring diagram was OK because you are specifically asking about the breadboard.

It's easier to discuss the circuit itself if you have a schematic diagram with part designators. It is much easier to say "R1" rather than "that 1k resistor connected to the base of the TIP120."

Not the answer you're looking for? Browse other questions tagged arduino resistors breadboard darlington solenoid-valve or ask your own question.

13
How to control a 12V solenoid valve with a mosfet?
8
How does current flow through this Arduino circuit?
0
Does a Breadboard Compatible DC Barrel Jack Have to be Connected to Positive and Ground to Receive Power from an Outlet?
0
Resistor vs wire in Arduino, breadboard
0
Photoresistor power switch for arduino, does this look correct
0
switching air valve with Arduino Micro
0
Arduino pin connection basic
6
Motorized valve interfering with button?