Why did this triac driver resistor let the magic smoke out?

I hope the title is acceptable under this website rules but it is exactly what happened. I wired up this circuit that I thought I tested in the past multiple times, but I might have wired up slightly different. However the following schematic is an accurate description on what I had.

The optocoupler triac driver is for the sake of this experiment always kept "on". When this works it will be controlled by a microcontroller, but for now it's tied to Vcc. NOTE: No, I do not want to use a zero-crossing sensing driver. This circuit will be used in a way that will make that inherent, but that part is not the subject of my tests and I want to understand why this circuit blew up.

The load is an oven element that works with the typical 240VAC split phase common in North America. The power triac is a beefy BTA40 mounted on a big heatsink. Datasheet links below.

When I was about to close the breaker to power this circuit, resistor R4 immediately became white incandescent. However, I have tested a variation of this circuit successfully in the past. What is really going on? 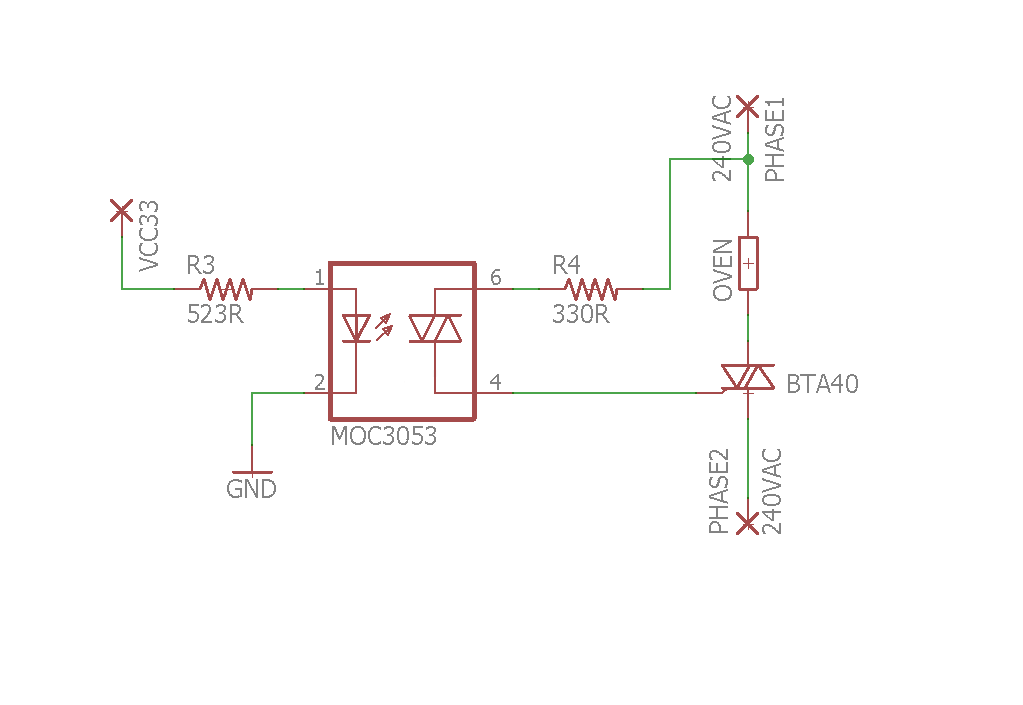 R4 at 330R should guarantee that even at peak voltage (240*SQRT(2)) there is never more than one amp through the MOC3053 (Itsm max = 1A according to the datasheet). In reality, as also the datasheet says:

However it looks like that in this configuration the poor resistor had to dissipate so much more than that.

EDIT: I was suggested to move the load, so I tried to put it "under" the triac; will this work? 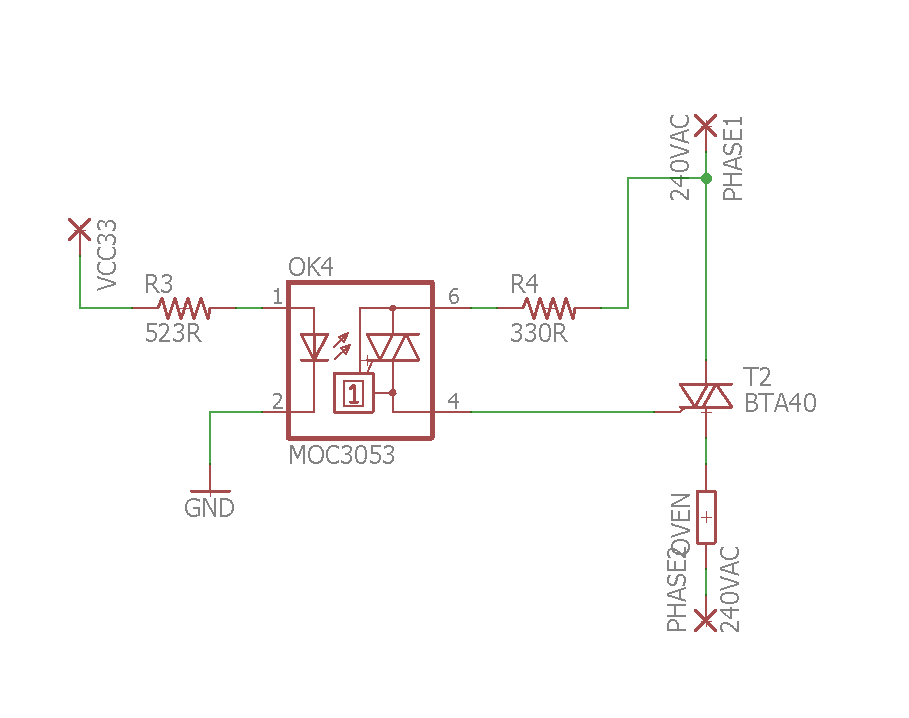 Your wiring is wrong- the optotriac should go from MT2 to the gate.

It doesn’t matter whether the load is on one side of the triac or the other, so long as the optotriac + resistor goes from MT2 to gate.

Either of the below is okay: 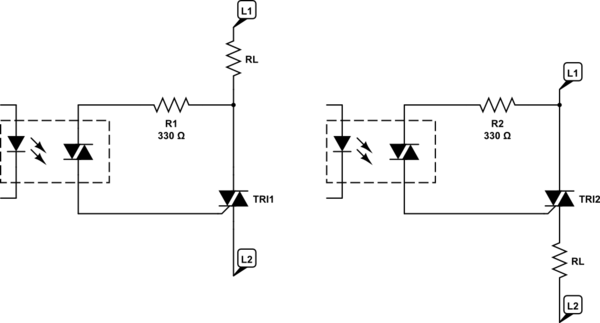 Connecting the load in the wrong place is what killed it. The way it is connected, the current is divided between the load and the 330 ohm resistor as if the two were connected in parallel.

As you revised the diagram in the question is correct.

Not the answer you're looking for? Browse other questions tagged resistors opto-isolator short-circuit triac or ask your own question.

4
Choosing components for a triac's snubber
0
Phase control up to 40A with TRIAC and DIAC (Optocoupler)
2
Why this optoisolator triac (MOC3021) using for DC/DC switching is not turing off?
0
Using TRIAC driver optocouplers without TRIAC
2
Triac gate current understanding
1
Opto Triac driver (moc3051) basic circuit problem
0
Triac-Circuit not Latching
2
Why did this TRIAC dimmer burn?
0
TRIAC motor control. Why is my resistor burning?