I'm trying to switch 12V with an IRL540 from a 5V micro. Right now I have it a 1k resistor between 12V and the drain, the source to ground, and the gate has a 100kHz 5V square wave on it. That's the whole circuit, this was just to validate the switching. 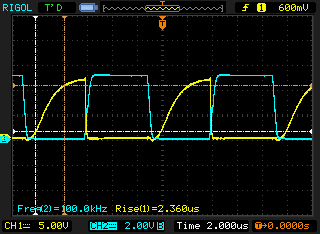 If I go faster than this it starts to not even reach 12V before I turn on the FET and pull it down again. 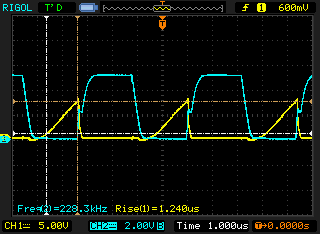 As we can see from the capture there's quite a lag in rise time, I suspect by the charge needing to return to the drain of the FET. But should it really take this long? It's at least an order of magnitude longer than what's specified in the data sheet (given that's with Vdd at 50V, but this seems very slow). My square wave seems fine. What can I do to fix this?

The IRL540 has a parasitic capacitor between drain and source so, when you "turn off" the MOSFET, that capacitor (\$C_{OSS}\$) takes time to charge via the 1 kohm drain pull-up resistor. To add a little misery/complication, \$C_{OSS}\$ changes with \$V_{DS}\$ as per this graph: - 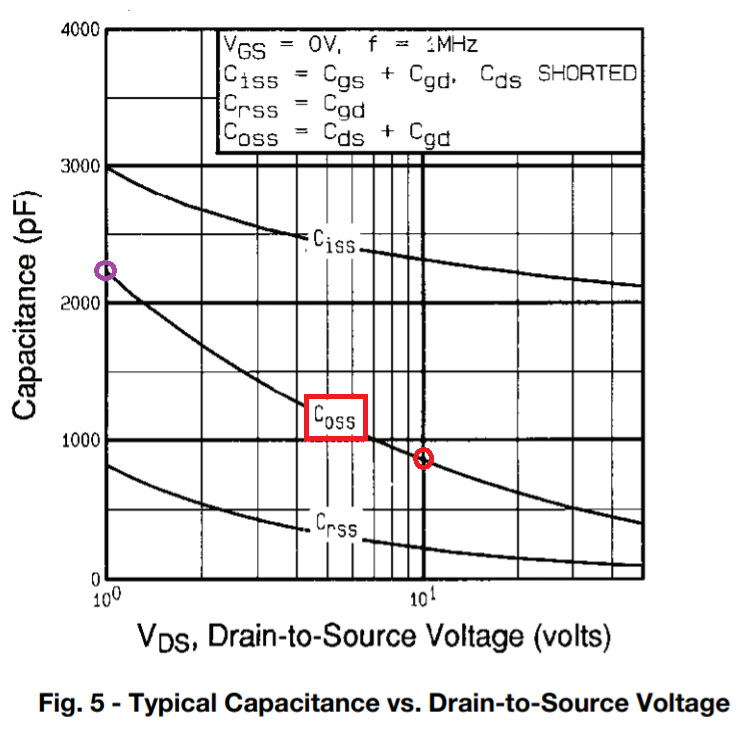 Even though \$C_{ISS}\$ (gate capacitance) is circa twice the value of \$C_{OSS}\$, I suspect that your gate driving impedance is no more than 50 ohms therefore, \$C_{ISS}\$ isn't a significant issue. Its effect will be about ten times less than a 1 kohm drain resistor and \$C_{OSS}\$.

If you want it to switch snappily at 100kHz you will need a gate driver capable of much more peak current. There are many gate driver chips available, or you could use a couple BJTs for less performance but lower cost.