I read that the intersection of a row and column represents a bit, and if an intersection is linked with a diode the corresponding data output line goes low or 0. But why?

Above is my interpretation which make sense to me, but it got to be wrong. 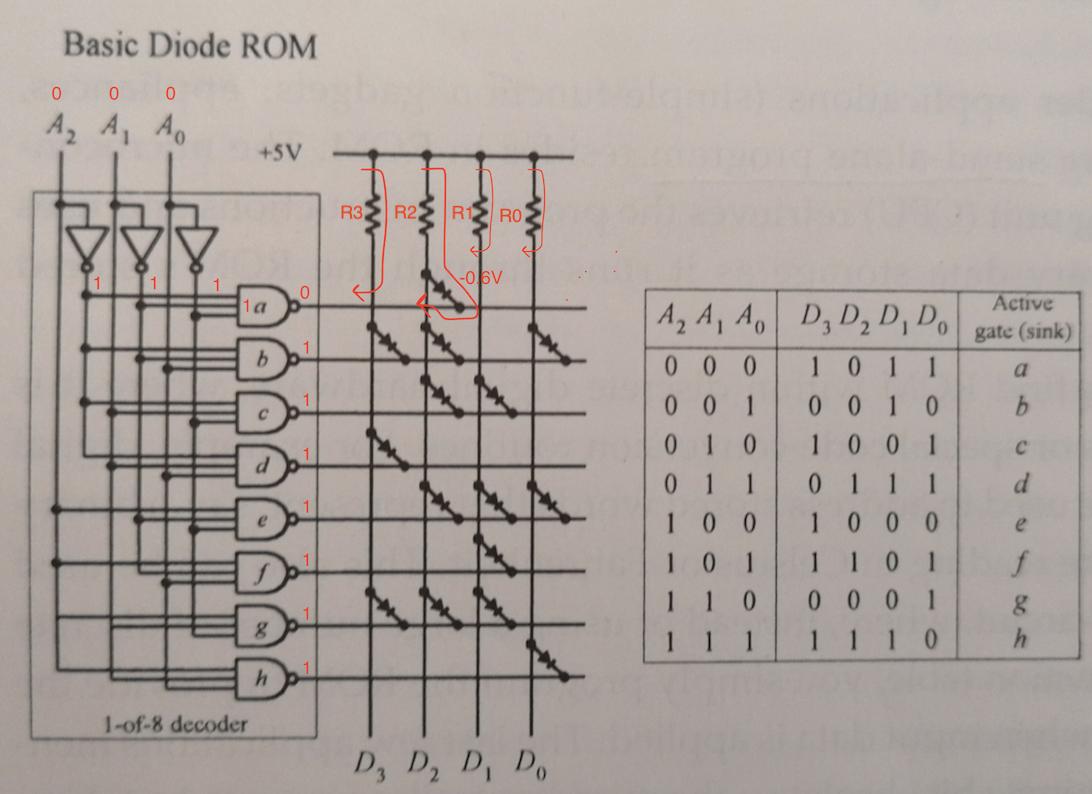 There are no connections where the lines cross (there's no black dot to indicate a connection) so only D2 is pulled low. The others stay high, so the voltages are 5/0.7/5/5 = 1011.

The diodes are to prevent sneak paths as would occur if the diodes were replaced by shorts. Only a is low, so the other diodes (where present) are either unbiased or reverse biased. Only the one diode to D2 comes into play.

Not the answer you're looking for? Browse other questions tagged diodes rom or ask your own question.