Problem connecting to Arduino with USB and audio

I have a project which uses an Arduino to detect tones generated by a laptop. The Tone Detector (TD) circuit is a very simple LM567 implementation designed to detect 10kHz. The circuit is powered by the Arduino, connected to the laptop headphone socket via a standard 3.5mm stereo audio cable. In testing, with Arduino externally powered, the circuit works fine - the laptop generates tones, which the TD detects and raises a signal to the Arduino. 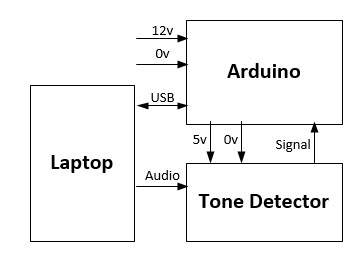 The problem is that it doesn't work if a USB cable is connected between the Arduino and the laptop. I have tried all configuration variations I can think of, but the common factor is when the USB cable AND the audio cable are connected it doesn't work, and it seems the audio is simply not generated in this configuration. The target Arduino is a Leonardo, but the same problem occurs with a Uno.

In response to questions, yes there is a common ground. The audio input for the TD is connected to 0v. 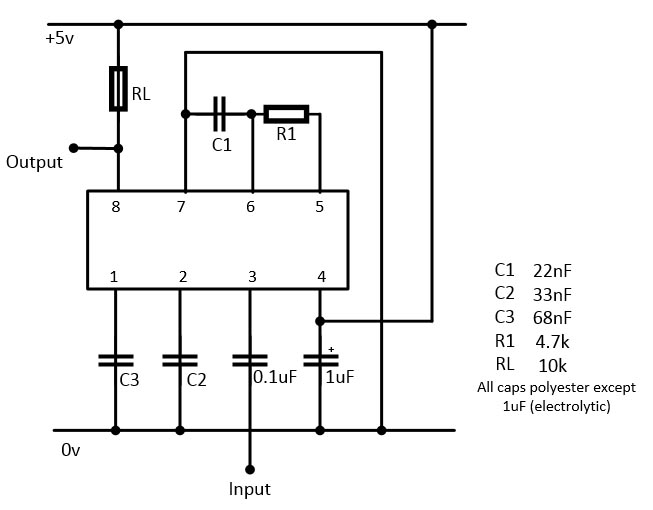 Audio input is connected to Input and 0v; Arduino to 5v, 0v & Output.

It is clear from the comments that the issue is around connecting the audio and digital grounds together, the question now is, how can I solve this?

Solution was to add an isolation transformer. Readily available on eBay with 3.5mm jacks, so I have just added one inline.

Not the answer you're looking for? Browse other questions tagged arduino usb audio or ask your own question.

5
2.5mm Jack to USB data Cable
1
Matching ground references between computer and small DIY amplifier
0
Measuring voltage on an Arduino pin, while powered from USB, with separate grounds
0
How to interface a passive inductance sensor output (audio-level signal) with Arduino?
0
Connecting Headphone to Phone and Laptop via Switch
0
USB data and Power cable with Switch to power Arduino. Is it a safe design?
1
How can I make a L+R+mic audio dongle to record an Android phone's own output?
0
USB-C to USB-A 3.0 and USB-C for charging 20V