Create a synchronous network of 400 devices

I have around 400 devices that i want to address in a star topology. Each device controls a set of LED strips (27*12 resolution). The idea is display a video animation in a good frame per second rate (at least 25fps).

I was successful controlling one set using Arduino (working code in this post). The step of transforming the video into RGB values was done with ffmpeg tool in Linux , the program then transform RGB values to a raw binary frames ready to be sent by the Arduino to the LED strip.

The problem is the heavy delay between sending the frames to all of the 400 devices and the start of the animation (trust me it seems awful resolution where each LED strips shows the RGB values in delay from the others).

I want to stay at 60fps which gives around 16ms between each frame being converted ,sent and displayed. So we are on a milliseconds tolerant architecture.

My question is how to implement a synchronized network with above considerations ?

Below a picture of a 12 pixel strip : 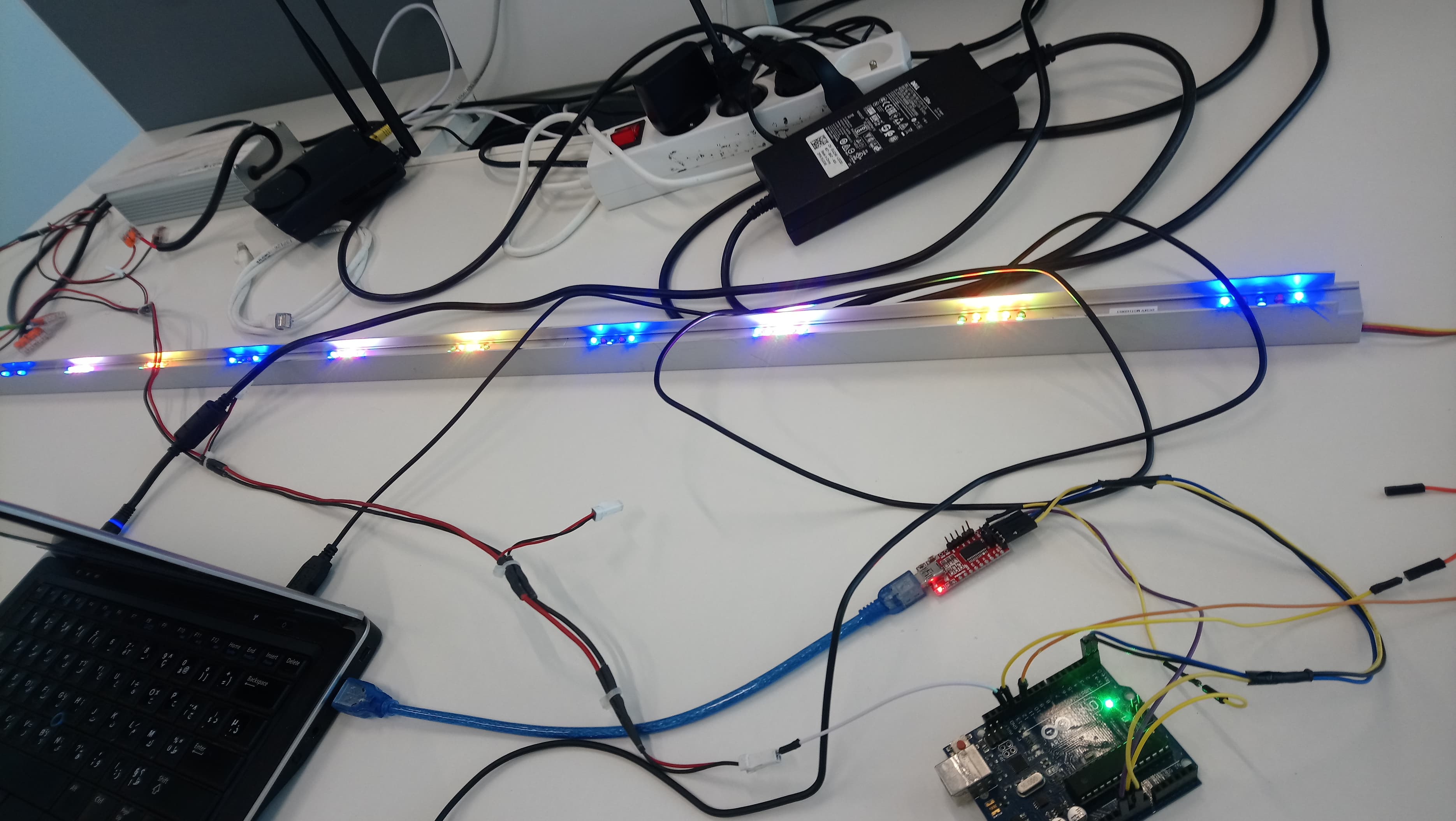 First, synchronize all of the devices to a common timebase using NTP, PTP or GPS, depending on your actual accuracy requirements (on the order of ms, µs, or ns, respectively).1 NTP should be sufficient for "a window of 10 ms".

Your command packets should include both the action to be performed along with a timestamp (a short time into the future) that indicates when the action should happen. The device then performs the action at the specified time.2

1 "Exact same" is not an engineering specification. You need to specify a tolerance.

2 Many years ago, I was able to use this general strategy — GPS synchronization plus delayed action — to synchronize multiple simulcast transmitters across an entire metropolitan area to within ±1 µs.

Not the answer you're looking for? Browse other questions tagged network synchronous device synchronization topology or ask your own question.