For the realization of an RS485 transceiver, I came across the question: How can bias, termination, signal filter and protection be best implemented in one design?

In my case, one RS485 master (with bias and termination, bus cable length < 2m, < 10 slaves, half duplex) and one RS485 slave should be implemented with the SN65HVD75 or similar integrated circuits.

RS485 Master with Bias and Termination

For a RS485 master transceiver with termination and bus bias, i found on my research implementations with a series resistor in each bus line - in front of the transceiver. These resistors (Rs) are used for current limiting during a transient event. 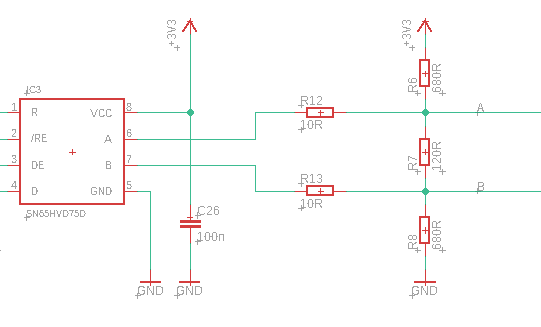 In an application report from TI, i also found this way - shown in a) (series resistors between termination and bias): 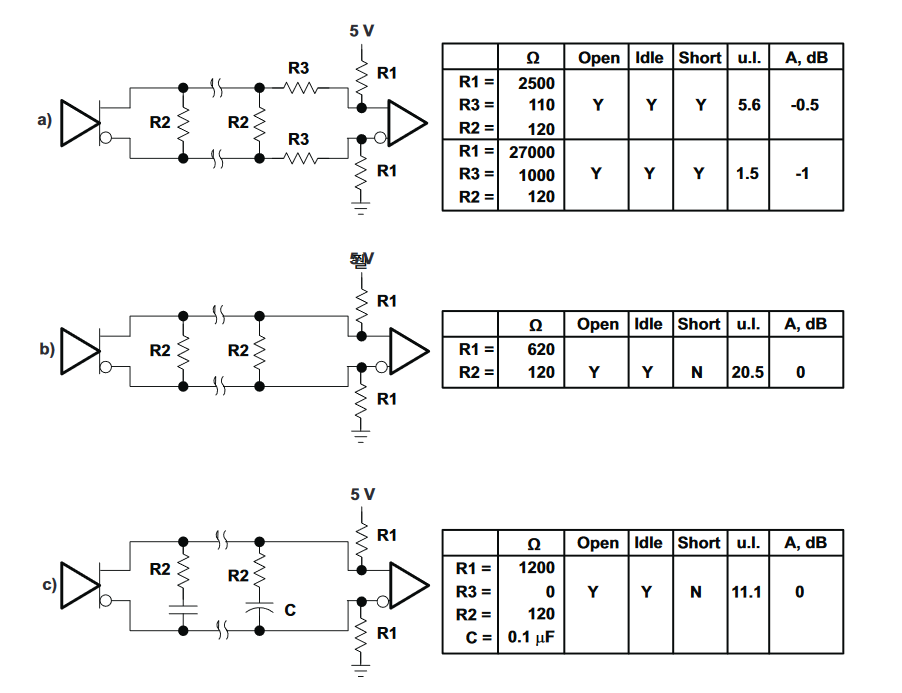 What is the right way to implement bus termination with bias using series resistors for current limiting during transient event?

Is the usage of series resistors in general a useful solution?

For filtering high frequency signal noise, can capacitors (1nF..10nF) be placed from each bus line to ground?

In other designs i researched solutions with a cm-chocke or series ferrits instead of series resistors:

What are the advantages of a design using series ferrites? What is a general good way to combine bias, termination, signal filtering and protection for a RS485 transceiver?

You are making this thing so much complicated for providing unnecessary protection and noise filter for an RS485 transceiver circuit. Here are few points as per my experience of using the RS485 circuit for more than 2 years in an industrial harsh environment condition with no issue until now and its working fine.

first you do not need any series resistors R12 and R13 on line A and B for transient.

Then you do not need any capacitor across line A and B for filtering noise. Because RS485 protocol itself has sufficient noise filtering capability because it uses a differential voltage signal for communication with A and B so that noise in A and B line got filtered out because of twisted pair end to end differential voltage will remain almost same no matter how much noise is there in surrounding(but you need to use RS485 standard cable with shielded twisted pair and impedance of 150ohm preferable for a long distance more than 500meter if you need reliable communication).

As per some RS485 transceiver datasheets they do not require any pull-up or pull-down resistor on A and B line. They guarantee that no false signal is generated when a line is ideal. But I personally add two resistors for my circuit if there is sufficient space on PCB.

now I prefer that for termination resistor you should add a switch like a single-pole DIP switch in series with 120E resistor so that you can turn ON and OFF the termination of your circuit.

last you also need some protection for reliability. So I prefer to use an SM712 TVS diode for RS485 protection it is more than enough protection that you require for your RS485.

Hope you get all of this.

Not the answer you're looking for? Browse other questions tagged arduino circuit-analysis pcb-design circuit-design rs485 or ask your own question.