Substituting resistors with capacitors in an AC mains circuit

The problem is that the switches do not use the neutral line and leak current through the load in order to power themselves. This means that I cannot simply connect these two kinds of devices as described above and I somehow need to allow for constant current flow through the switches.

For now, I installed 5W 47kΩ ceramic resistors and everything seems to work as expected, but the resistors waste a lot of power and heat up to 75°C: 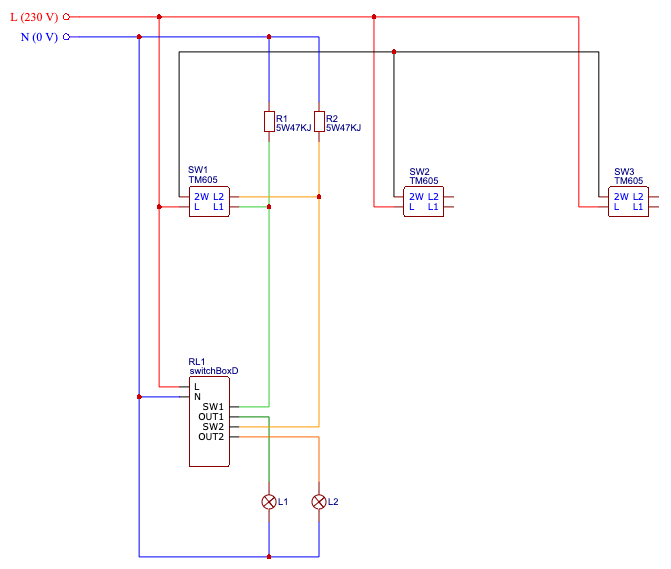 (The 2W connection is for 2-way communication between the switches and only one of them actually drives the lights.)

I'm thinking about replacing them with metallized polyester film capacitors, as illustrated below: 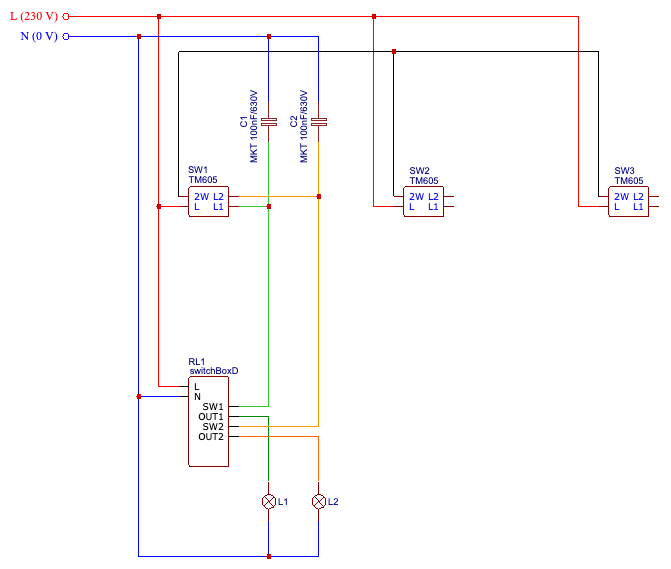 I tested a range of resistances and found out that the maximum resistance for the switches to work properly is around 47kΩ. I was thinking about using 100nF capacitors rated for 630V, such as these jb 2J 104K ones, which should provide around 31.8kΩ capacitive impedance at 230V 50Hz.

Am I reasoning correctly and is it safe to use these capacitors in my case? Note that they would be under constant operation. Also, I'm not sure if the phase shift introduced by the capacitors would be an issue here.

I ended up using the capacitors but also added 4.7k resistors in series, as suggested in the comments: 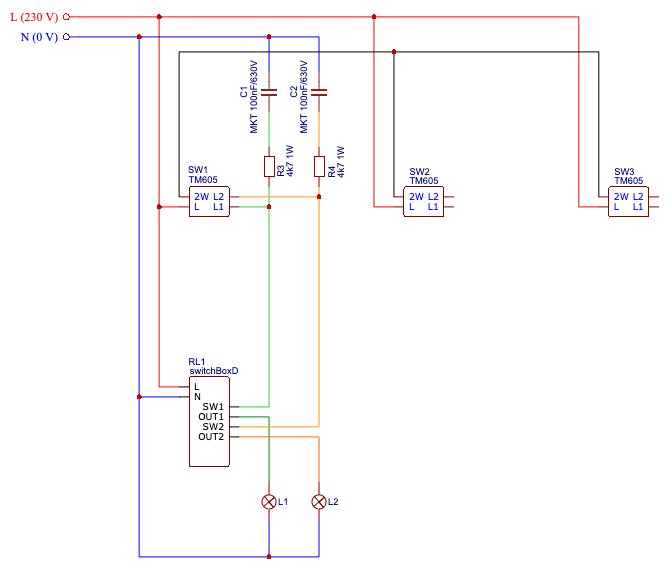 Everything seems to work fine so far. The heat issue appears to be resolved as well.

Not the answer you're looking for? Browse other questions tagged capacitor resistors switches relay mains or ask your own question.

7
How to connect external switches to this circuit board
0
Circuit with switch - express the current for different times
0
How to determine a capacitor value across a switch carrying DC
0
AC Light Bulb Fade Circuit - Resistors Getting Hot!
7
Stacked metallized film caps — what's the “outside” foil?
0
Feedthrough capacitor in analog switches
2
Are there any gotchas to using Safty Capacitors (X1/X2 box style) in the construction of a filter?
0
Understanding the failure mechanism of capacitor
1
Does placing additional capacitors in parallel with CJ7805 affect its performance?
0
How to build a low pass filter with limited resources?