How does the shield of a coaxial cable work?

let's consider a coaxial cable with only two conductors (the core and the external metallic shield), and let's consider the case in which it propagates TEM mode at a certain frequency: 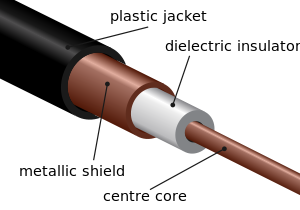 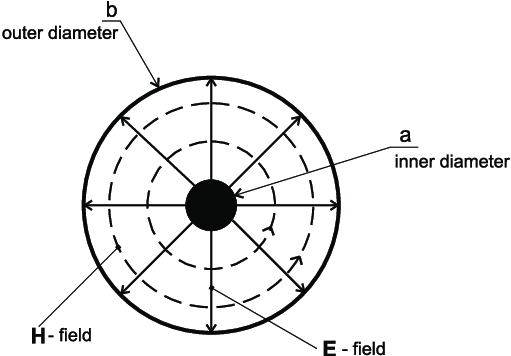 My question is: how does the shield operate in order to get 0 (or near 0) electromagnetic field outside the cable)? I always have been told that its shielding effect is due to the shielding property of very good conductors. I may understand this explanation, but I have a doubt: along the metallic shield there is a current which is equal and opposite to that flowing along the core. So, it should generate a circular magnetic field also outside the cable.

My question is: how does the shield operate in order to get 0 (or near 0) electromagnetic field outside the cable)?

There will be a magnetic field between shield and inner (core) though.

The models are a little crude because this is the student edition of QuickField and it doesn't give you many free finite element nodes to play with hence, the model is a tad clunky, restricted in boundaries but, delivers the goods for this question.

The first scenario shows the magnetic field surrounding the shield when 1000 amps exclusively flows through it at 100 kHz. Notice that there is no flux produced inside a current tube (as per classical physics) but there is still induction to the inner core (96.3 volts)

The bottom scenario is the same applied current but exclusively flowing in the inner. Notice that is produces flux all around the inner core and, if you look in the boundary corners at the colour change, it is the same in both scenarios thus implying flux density is the same.

Not the answer you're looking for? Browse other questions tagged electromagnetism electromagnetic shielding coax coaxial or ask your own question.

7
Are the currents that travel on the outside of coax really “common mode”?
1
How does shielding work in VGA cables?
2
EM Waves in Coaxial Cable
3
Electromagnetic shielding and EMP
0
Strategies to reduce EMF radiation
1
Reflection Coefficient with Electric Field and Voltage
0
Far field radiation and spherical waves
2
Contour (curve) selection in the Ampere's circuital law
4
Why is a coaxial cable unbalanced?