How realistic is the famous “Bill sux” picture of a chip internals artwork?

There's an urban legend that some version of Intel Pentium chip had "Bill sux" caption somewhere on the circuit. The legend is accompanied with this picture: 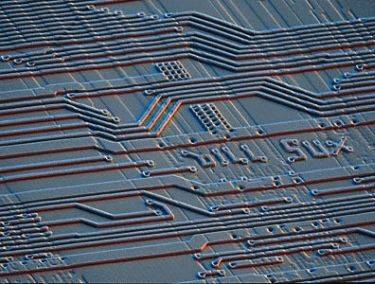 Now let's assume for a moment that the legend is in fact true.

How realistic is the picture? Specifically why are all the elements of the same color? Why don't traces differ in color from the surroundings?

It is a hoax, you can read more at Snopes and here.

But to add a bit of info, the story became popular in 1998, so the scale they would be working in was at best 250 nano-meters, so the picture would have been taken with an electron scope.

Here is the original picture: 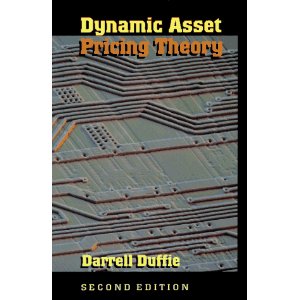 It's a clever prank playing off the idea that a couple of Apple aficionados could surreptitiously sneak an anti-Bill Gates message onto the world's most popular CPU, where it could be seen only through a powerful microscope, but it's a hoax.

Here's another link with more information.

For more of this sort of thing, see http://micro.magnet.fsu.edu/creatures/logoindex.html

This will be a "Meta" answer referring to the other answers to correct some misconceptions.

Indeed, top Metal tends to be very thick to support more current to prevent electro-migration and to reduce resistance of the power rails.

For example, in a 180 nm process the gate is defined using KrF laser based lithography @ 248 nm with a 5X phase change mask. This is also used for contacts. Metal 1 might be done in a stepper than is using i-line @ 365nm and also a 5X mask, but with no phase correction applied.

The point being, top layers of the chip are much much lower resolution and much much higher pitch than what the process is "defined as" - and even that definition gets funky a lot of the time.

Top metal might be have a minimum features size as large as 3um in that 180 nm process above, I checked.

Top Die passivation is typically either Si3N4 or polyimide. Which has been removed in those pictures.

So the most probable thing is that those pictures are actually visible light pictures taken in a microscope. The colors may be because the structures height are on the order of the wavelength of light and have diffractive effects. But since we don't have scale it's not safe to be definite.

But it could be a ElectronMicrograph which has been colorized for "prettiness". It does seem to come from a cover of a book, and who knows what teh art department does there.

So I'm not willing to say one of the other that it is either optical or SEM. @W5VO observes that the depth of field seems too large for optical, and I agree. BUt we don't know scale here, those structure could easily be 10's of microns given the era.

Never heard of an electron microgram - under standard naming conventions that would translate into a "small electron message" I also can't find links to any thing mentioning that. So I'd love to hear what that might be.

Not the answer you're looking for? Browse other questions tagged integrated-circuit microchip physical-design chip-design or ask your own question.

6
Does PCB artwork affect operation and how is the effect validated?

5
How to decap a chip to expose the die?
5
How can I access the MCP3008 ADC chip with linux spidev?
6
Does PCB artwork affect operation and how is the effect validated?
0
What is the correct name for this chip? And how to read it?
2
What is the Chip-on-board ic used in calculator, how to obtain one and how to use it?
0
How to calculate the output impedance of a adjustable RF amplifer to match the input of a mixer using SA605 chip
1
How the Cerebras across the reticle limits to produce the largest chip,WSE?