Why is this two-inductor circuit first order?

I have the following circuit with two inductors. Apparently this is a first order circuit (judging from my solutions for \$ i_1, i_2\$; and circuit simulations) but it's not intuitively clear to me why. 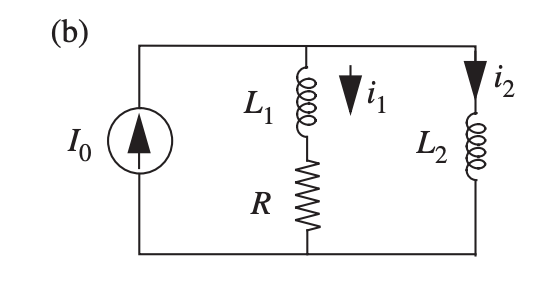 My instinct is that since these inductors can't be combined in series or in parallel it should be a second order circuit. I see that there's a current source in parallel with each of the branches, but since the current isn't necessarily split the same way between each branch it seems that the branches will be coupled (that is, I don't believe it's the same thing that's happening in this similar question).

I haven't solved for the coefficients but I think that's not important since the initial conditions shouldn't affect the order of the system, as far as I'm aware.

I had thought that inductors/capacitors not being series/parallel reducible is the condition for them forming a higher-order system, but is that actually just a sufficient and not necessary condition?

Edit: It's occurred to me that if the source were set to 0 then the inductors would be in series. Not sure if setting inputs to 0 is how you're supposed to determine that stuff or if it's irrelevant/coincidental.

Why is this two-inductor circuit first order? 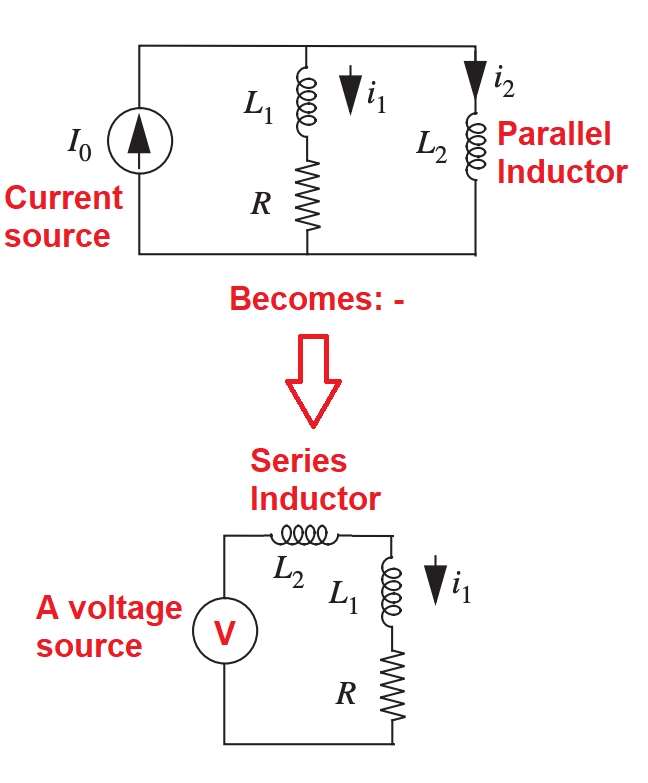 And clearly, this is a single order circuit.

since these inductors can't be combined in series or in parallel

Oh yes they can (he said in a fake pantomime voice).

Not the answer you're looking for? Browse other questions tagged circuit-analysis math circuit-theory or ask your own question.

1
Explanation of the Node-Voltage Method equation in specific circuit
5
Why is this a 7th order circuit?
0
Calculating gain of simple op-amp using KCL
3
I can't derive a differential equation from this complex RLC network
0
Circuit analysis - determine the voltage and current on branches
2
Avoiding spurious second order in a first-order RC circuit