I'm trying to identify a component I salvaged off a projection TV PCB. It's blue or cyan with three legs marked 270S. Unfortunately I can't figure out where I pulled it off the board from so I don't have the board marking or location to help. 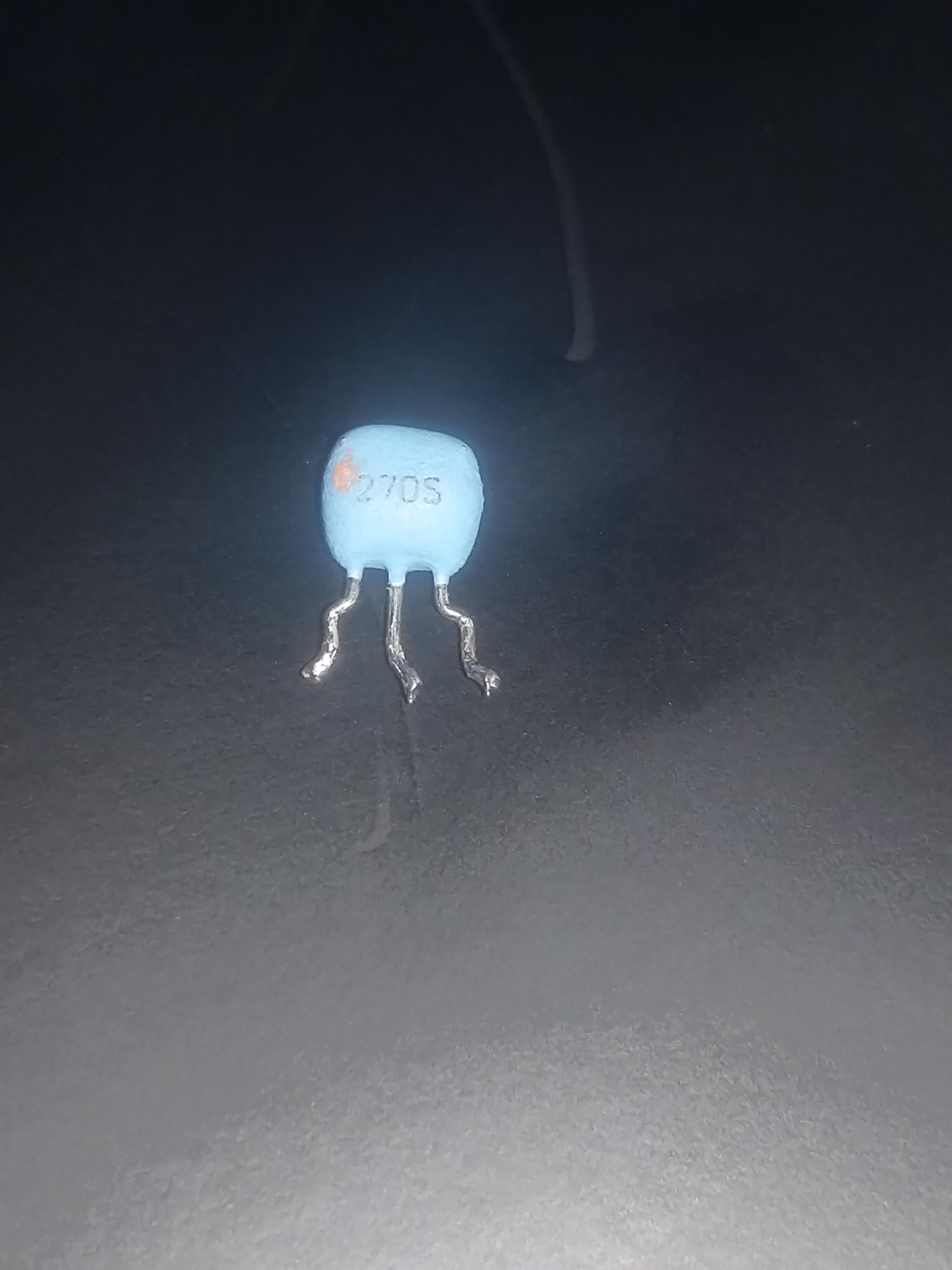 I didn't see continuity, capacitance, or diode drops between any of the three legs when I checked it with a multimeter.

Its almost certainly a Ceramic Resonator.

These are three terminal devices that have a similar function to a crystal when used in an oscillator circuit, but are much cheaper and consequently have poor tolerances. Unlike most crystals, the ceramic oscillator contains built-in capacitors, so the extra pin (usually the middle one) is ground.

The marking 270 will almost certainly indicate 27MHz. This is a very common frequency in TVs - being the reference frequency for both PAL and NTSC video standards.

There is no manufacturer information, so it won't be possible to find the exact specifications, however something like Murata CSTLS27M0X51 would be a similar type of device.

2
What is this two-lead component across an AC input?
11
Unknown component in rice cooker designated OS
2
What is this component? Marked R5
2
What are these two 3-pin components in a high voltage board?
1
Light blue SMD part with O on it
0
Cylindrical radio component identification
1
What is the pictured component on a computer motherboard?