If gradually increased from 0 to 100 duty cycle, does PWM on its own take care of inrush current in a motor drive? 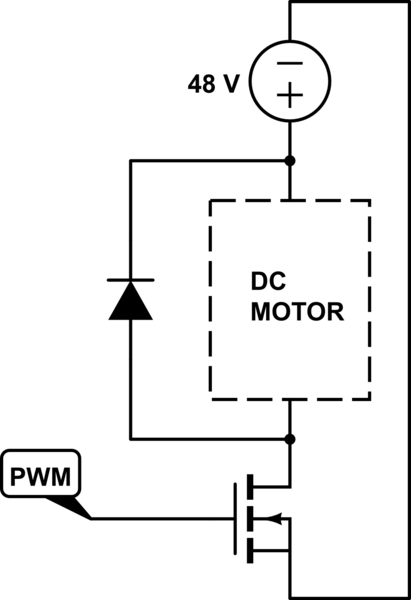 If gradually increased from 0 to 100 duty cycle, does PWM on it's own take care of inrush current in a motor drive?

Yes, if it is applied sensibly. When the motor is stationary it looks like an inductor in series with a small resistance, so current initially rises linearly at a rate of dI/dt = V/L. At low PWM ratio the current waveform will be a series of sawtooth waves with a high peak to average ratio, but if the PWM pulse is short enough then both the average and peak inrush current will be less than it would be with full DC voltage applied.

As motor speed increases it generates a back-emf which subtracts from the supply voltage, which also reduces current. If the PWM ratio is gradually increased the motor will continue to draw less current than it would on full DC voltage, but of course will take longer to get up to speed because the lower current produces less torque.

Depending on motor construction, the winding inductance could be in the μH or mH range. Iron cored motors generally have relatively high inductance so PWM frequencies of a few kHz are usually enough to limit peak current. Coreless motors have lower inductance so they may need a PWM frequency of 30 kHz or higher.

However, between PWM pulses, the energy stored in your motor will not completely decay, usually (otherwise you'd have a stuttering instead of a turning motor).

So, you're only seeing the full inrush current for the first couple of PWM periods.

Not the answer you're looking for? Browse other questions tagged mosfet pwm dc-motor inrush-current or ask your own question.