How do you choose the series resistor value for the LED side of an optocoupler. My application uses this opto to interface a button that is about 25meters(50 meter wire roundtrip) away from the device. 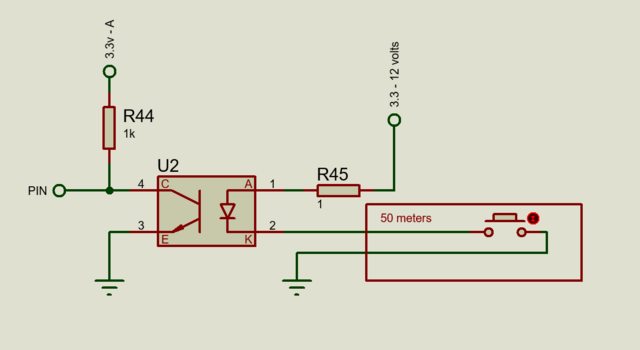 For choosing R44 or the collector pullup was pretty easy since the datasheet has provided a 1k. On the other side however there is no mention of a resistor. I would like for the led to be able to take inputs from at least 3.3 to 12volts.

And having a look at the input characteristics of from the datasheet the maximum forward current is 60 mA(for a typical LED this is very very large). What would be the minimum current of the LED for so that the PIN can still safely register an "ON" state. Would a higher current(lower value resistor) on the led (30-40mA) be safe for repetitive use?

Going further, to skip using a voltage regulator (it will come from mains anyway) is it possible to use the mains voltage 240 VAC instead since the optocoupler is capable of using AC anyway. How would I choose my resistors then ?

If you want to accommodate a wide range of voltages, the easiest thing to do is to increase the resistance at the phototransistor so it will work at lower currents. I would not go over about 15mA, LEDs age and will eventually drop in brightness to the point where the CTR is not high enough to work. Speed suffers approximately proportionally, but that's not so much a concern with a manual pushbutton.

The next simplest thing is to add a constant current circuit to the input. For example:

By adding a couple pennies worth of parts, the current is typically maintained fairly constant from about 2V to 25V (at room temperature). 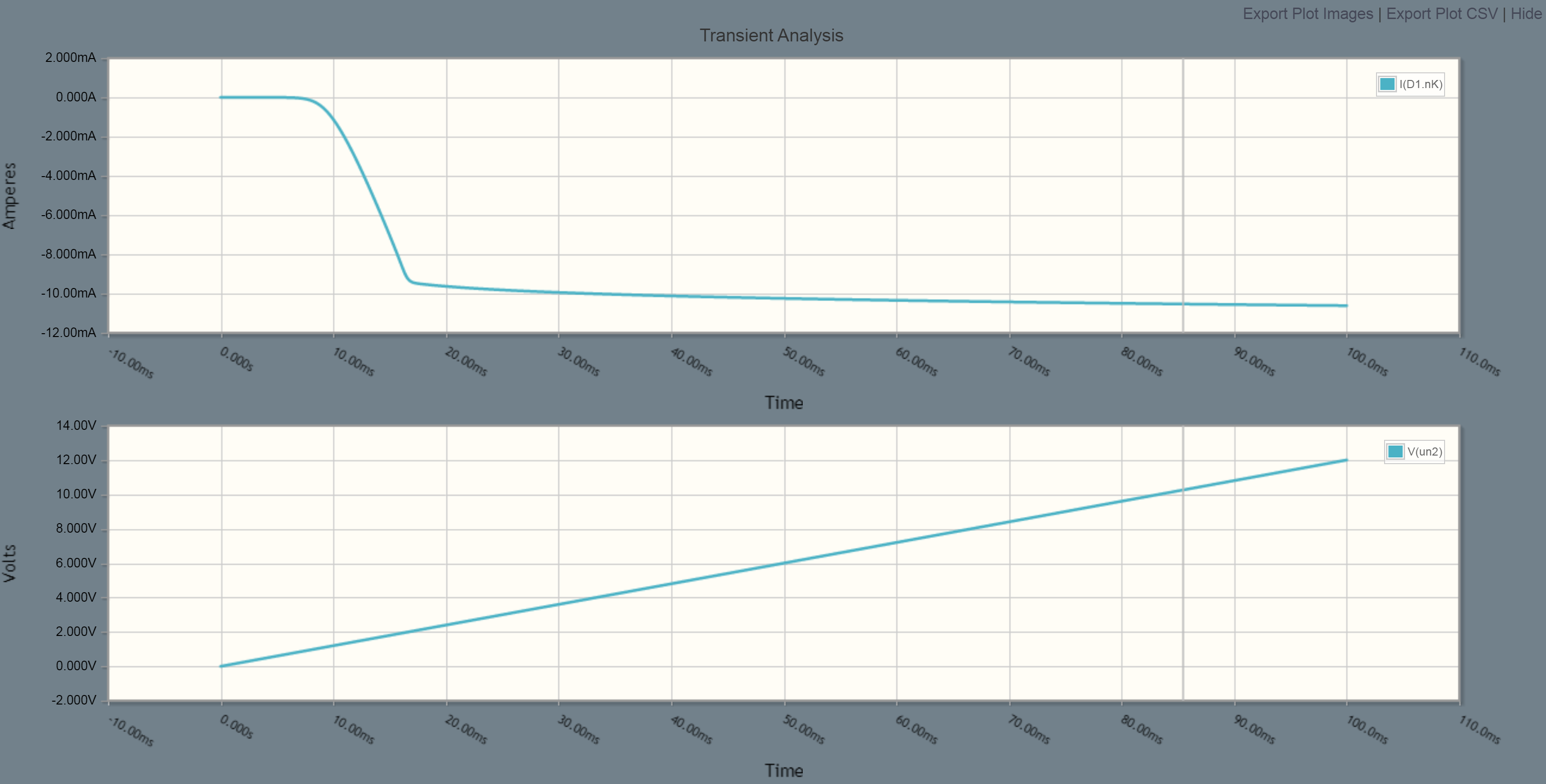 These devices usually spec a current transfer ratio which makes it hard to determine how the LED is actually working (it would be better if they gave a curve for the LED).

With LED's more current can cause lifetime issues, so it's best to stay at the nominal value. In their testing diagrams they used 10mA, I would stick with that. If you were running into issues on the transistor side with it not turning on, then I could see needing to get a better current transfer ratio, but it looks like you can also set R44, so that would be a better way to adjust the transistor current.

As far as connecting the LED directly to mains, it's not safe. At minimum need an isolation transformer. You could use a step down transformer. The problem with connecting the LED side to an AC signal is if you push the button down and turn the LED on, it will cycle at the mains frequency and turn on and off rapidly, if you don't want this to happen the best way would probably be to use an LDO.

There is no need for an Optocoupler here.

RS232 can go much further than this easily with higher impedance. Just need UTP cable for balance on ingress EMI.

You show common grounds and there is probably supply crosstalk leakage. Just use a low impedance switching circuit to shunt Vbe with ESD protection when the switch closes. 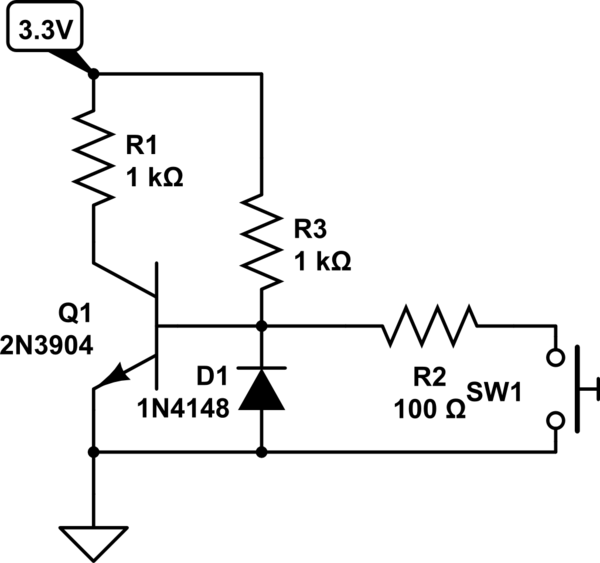 All R values can be scaled up if 5mW power is a concern.

If there are high current noise impulses on wires nearby, you can add 10nF to 100nF Cap across Vbe. Use UTP wire for CM rejection and STP wire for an aggressive noise environment.

Optoisolator will not block help on the above noises since there is no ground current in the open switch state to have crosstalk. Thus no advantage. But if there was capacitive coupled noise to the cable, the opto would pass that thru as current.

Not the answer you're looking for? Browse other questions tagged opto-isolator optoelectronics or ask your own question.