Driving a tiny speaker via pwm, amplified with a BJT - in reverse?

I'm playing around with a micro and a small buzzer (passive). I built up an simple emitter-follower buffer to reduce the load on my uC, but I accidentally installed the transistor backwards on the board. It worked great, although when I noticed my mistake and flipped it around (with the emitter side tied to gnd, and the load coming off the collector), the sound was greatly reduced, about the same as driving the buzzer directly from the gpio.

I'm trying to understand what's happening. The volume is much MUCH louder with the transistor 'flipped' (as in the diagram). Current from collector -> GND is 50mA, and I get the same reading from the speaker - > the emitter. I(b) is too small for me to read with my meter.

What did I just build? 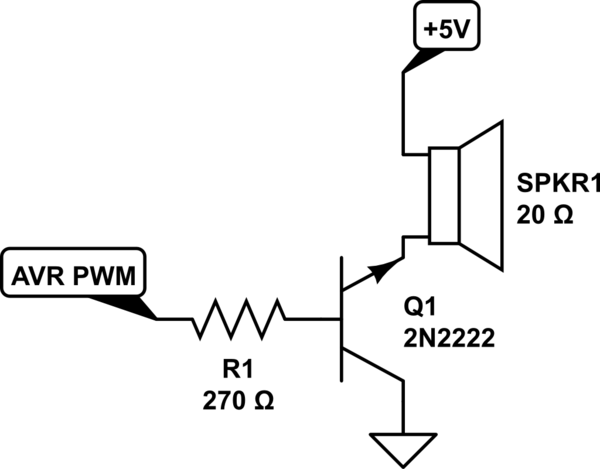 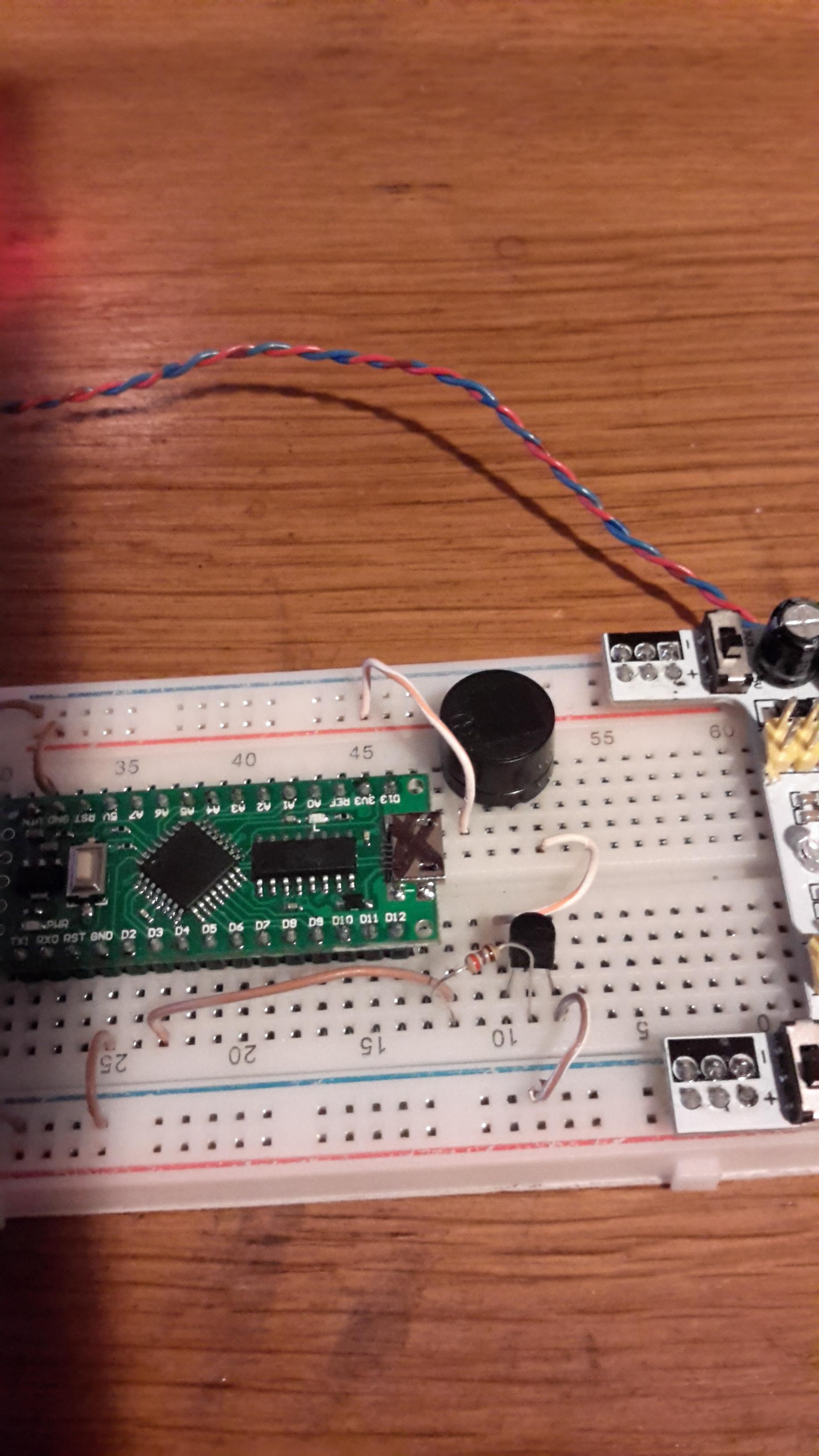 After looking at the datasheet from the buzzer, and wiring it up as below, the volume output from the speaker is equally loud in either transistor orientation. Oddly enough, if I remove the flyback diode, then I lose a lot of volume in 'normal' orientation, but not in reverse.

I'll also note that I tried a few other tiny speakers, and didn't observe this behaviour. So, something about the particulars of the buzzers I was using. 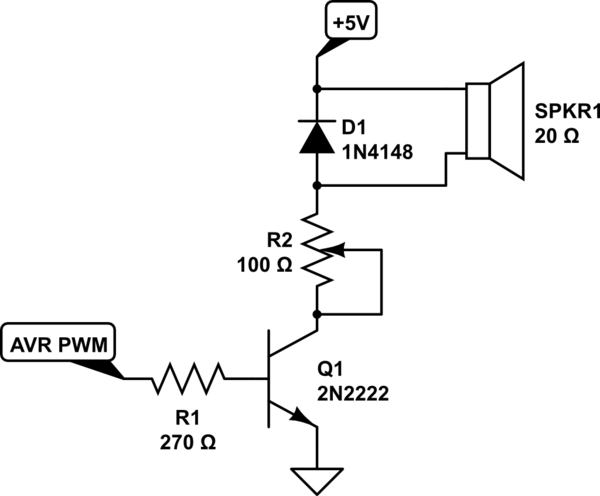 You may be excessively overdriving it with the transistor working properly. An electromagnet transducer in that resistance range is probably expecting about 1.5V. It also should have a diode across it because of the inductance (one I happen to have measures 40.8\$\Omega\$ and 0.7mH), so try about 50 ohms in series and a 1N4148 across the pair.

For reference, here is a similar part.

Not the answer you're looking for? Browse other questions tagged pwm bjt buzzer or ask your own question.

6
Connecting piezo buzzer with BJT
0
pwm amplifier with npn bjt
3
Why can't class A amp drive 8 ohm speaker with just one BJT?
0
Sound distorted from amp configuration, and one transistor variety getting too hot
3
Drive Nixie tube with BJT
0
Why does this BJT work as a switch in this logical-NOT circuit, no matter how I orient the emitter and collector?
0
3.6 Vo-p rated buzzer on 5 V Arduino circuit
6
How does the component "alarm boost three pin inductor" make a piezo buzzer louder?
3
BJT Base-Emitter Reverse Breakdown
2
Which flyback diode for magnetic buzzer