Single WS2812b LED are connected over 35 meters (115 feets) UTP Cat. 5e cable and it's not working as expected. Getting wrong colors. Another WS2812b placed in parallel (not chained) on board close to MCU which drives them works as expected. 1st one was working fine also this way (i.e. in parallel) when it was connected via short wire.

Other pairs in cable are used to provide +12 Vcc for other devices & +5 Vcc to drive LED.

Wire resistance are only 1.9 Ohm, i.e. 3.8 Ohms two way. So I guess it might be the capacitance part which mess things up? Or could this be some sort of noise coming from +12V power nearby (it drives low power motor, but WS2812b doesn't works normally even when it's not working).

Any suggestions to try? I'm thinking about differential bus transceivers, like SN75176B for example. But probably there is simpler way keeping 1 wire only?

Update 16 July: Here is how oscillogram looks like on separate long 1 wired DATA. This is an output from MCU, at the MCU end: 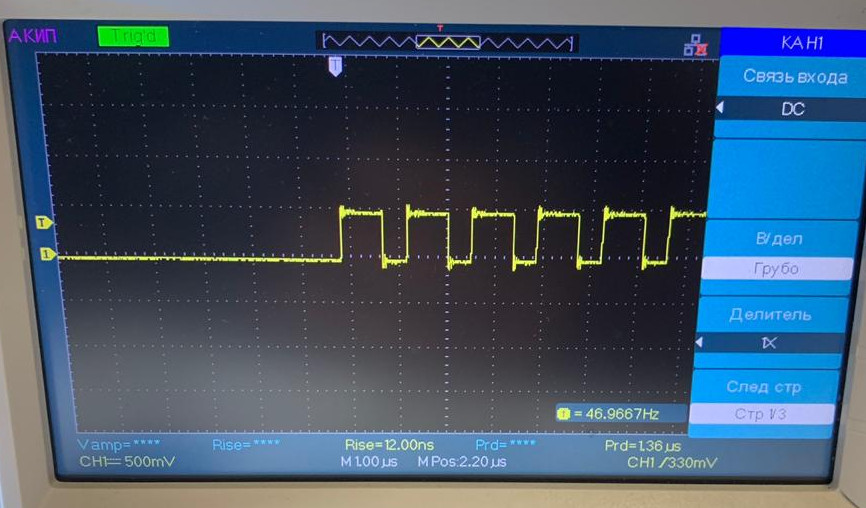 This is how it looks like at the wire end on the LED side without resistor to ground (but with in-series 75 Ohm resistor): 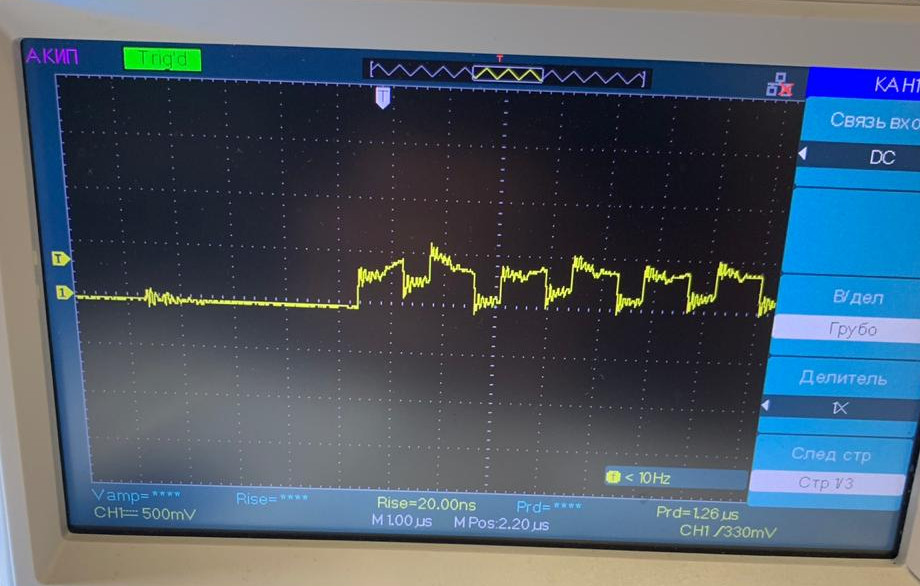 And here how it ends up when resistor to a ground added close to LED (as suggested in comments): 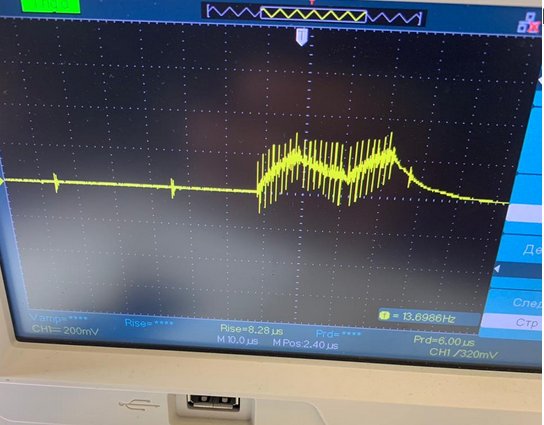 Browse other questions tagged communication twisted-pair ws2812b or ask your own question.