Given is an 18650 Li-ion battery with built-in protection PCB. It is used to power an electrical load and can be charged by a dedicated Li-ion battery charger. In the schematics below, the battery is charged when the switch is closed which corresponds to connecting the charger to the battery. 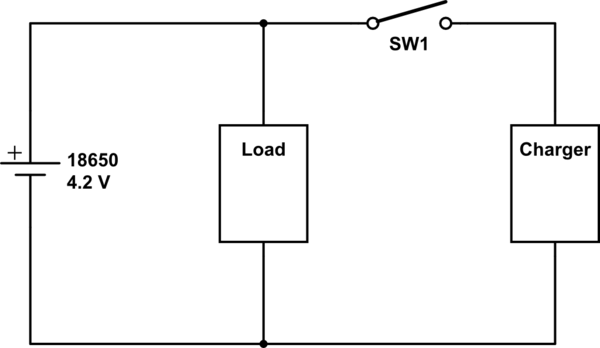