Is there an English word for the output response of a non-minimum phase system?

I've noticed in some French language control courses they have a word for the initial part of the response of a non-minimum phase system. They say it has "un départ malin". I looked up malin and it means different things in English, for example: 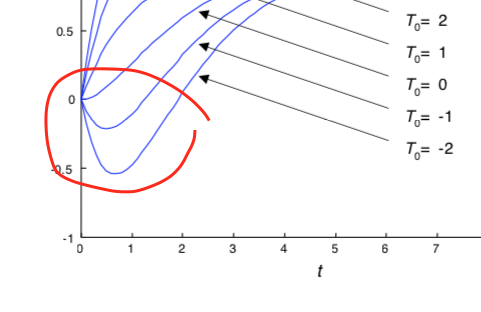 but is there a better equivalent English word to 'malin' that people commonly use to identify the non-minimum phase system response characteristic?

I've also seen the word 'undershoot' used in this context but I'm not sure that's correct.

I think the correct term in English would be “initial inverse response”.

The system initially does the opposite of what is commanded. For example, in this book. So it’s even worse than a dead time from a control point of view.

In French, "un départ malin" seems to describe a characteristic that shows up in control of hydraulic turbines, so it is not surprising that there are a number of French-Canadian papers where it is used. @VerbalKint in an above comment connects the French and English through ‘mal’ convincingly.

I've always heard that being called undershoot. And, in this Control Systems magazine article on Nonminimum-Phase Zeros they also call it initial undershoot.

Not the answer you're looking for? Browse other questions tagged control transfer-function system step-response or ask your own question.