Trying to identify SMD component from a Ps2 Slimline

(English isn't my first language) I'm trying to fix an old Playstation 2 Slim my cousin had that was turning off by itself after 5 minutes playing. After some search on the internet, I found that it was a common overheating problem coused by the cooler fan not spinning, wich could be caused by two things: 1) The cooler is broken; 2) There's a sacrificial SMD component in the motherboard tagged PS17 that burned.

After quite some time I was able to fix and test the cooler, but it still wasn't spinning when plugged in the console, so I knew it had to be the SMD component. I tested it with a multimeter, and indeed it failed the continuity test. I saw in a video someone saying it was a "fusible resistor". I'm trying to identify it so I can search for some scrap component that could replace it or perhaps buy another one, but I wasn't able to find anything useful in the internet. It appears have a width between 1mm and 2mm.

The Ps2 is a 9000X series and I wasn't able to find any service manuals. I have a pretty amateur knowledge in electronics and this is getting me frustrated. I wonder if someone can help me.

(07/07/2020) Edit: I did more research and also ended up in this post: Please help me identify the SMD component in the picture (or help me fix my Wacom). So it's probably a SMD Fuse marked "MD". I still wasn't able to identify it. 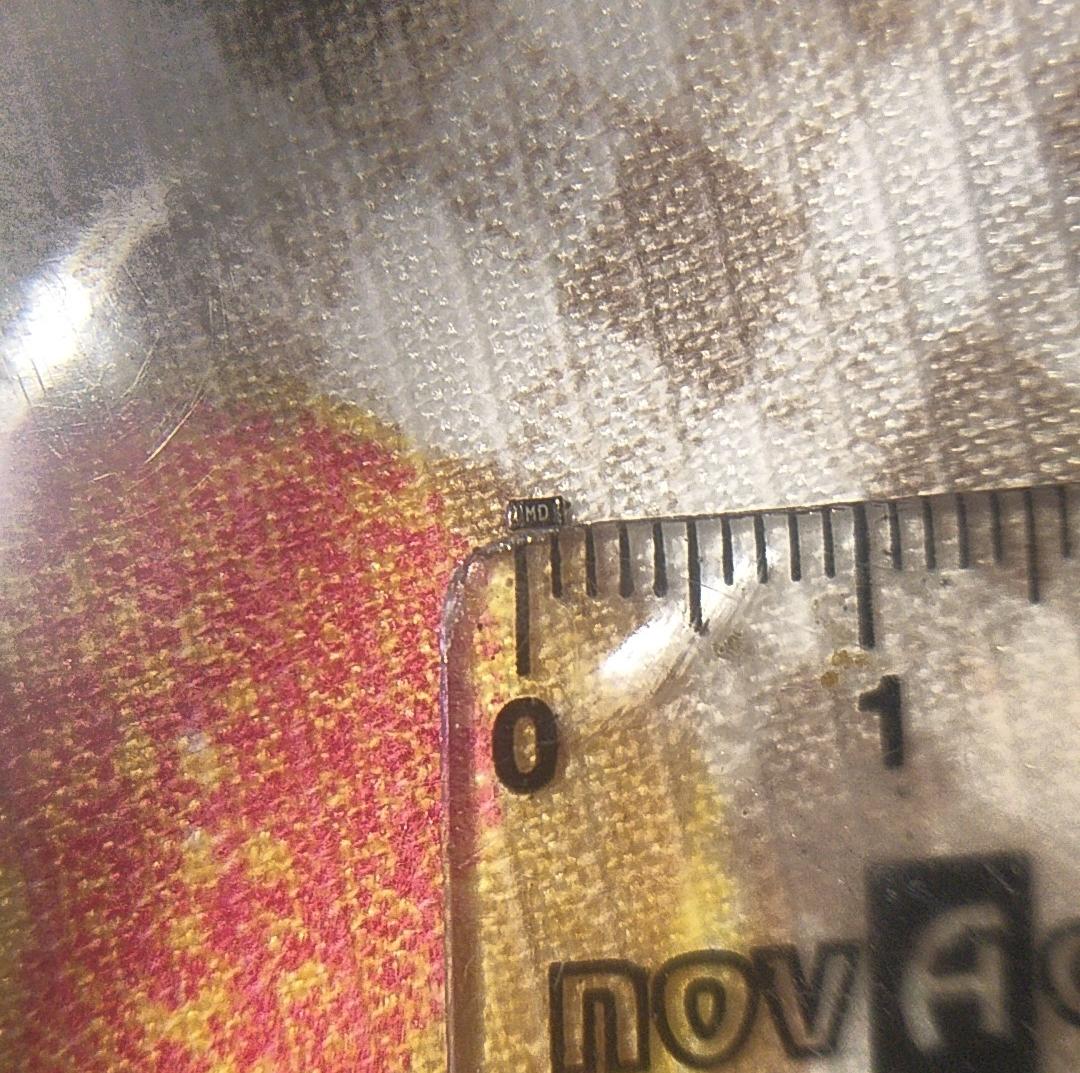 I found this datasheet online from NIC Components that gave me some matching information: https://www.niccomp.com/products/catalog/nfcc_nfhc.pdf.

Tells that the component would be package 0603 and have a "MD" marking.

Since 0603 packages are 1.5-1.6mm wide, I took measures again, and considering human error it is possible that the component is indeed 0603.

I'm not 100% sure, because the one I have is burned up, so I can't measure its properties with a multimeter.

Sorry for the incovenience.

Not the answer you're looking for? Browse other questions tagged identification components surface-mount fuses or ask your own question.