I am using this LDO to step down from 14V to 5V with a maximum output load current of 150mA. 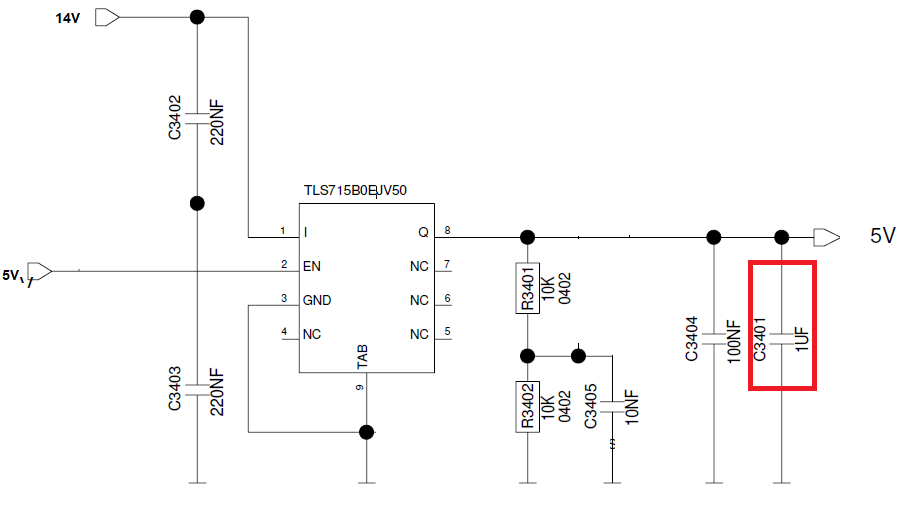 The above is the schematic of my LDO. I want to measure the inrush current of the LDO.

My 1uF is placed at the output. So, when I need to measure the inrush current of the LDO, should I measure the current at the input pin 1 of the LDO or at the pin 8 of the LDO during start-up? (I think both scenarios are not that different, since in LDO, the input current is same as the output current as LDO just has an internal pass MOSFET or transistor- Am I correct?)

I have a doubt in this too. To measure the exact inrush current, should I take a wire (very low resistance) from the output pin 8 of the LDO and connect it to the 1uF capacitor and measure the current through this wire using a current probe and note it down as the inrush current? Is this approach correct?

As discussed in the comments, your question is somewhat theoretical and not caused by a concrete problem you are experiencing. As such, I'll need to make some assumptions to properly answer the question.

Assuming you are designing a stand-alone device, which plugs into an power source, the proper position to measure inrush current is the source power rail. In your schematic that is the 14V node, so you should put the probe on the rail, before the 220nF capacitor. This principle does not depend on whether you have an LDO, or a DC-DC regulator, or even if there's no regulator at all. You are measuring whether the power source will cope with the inrush current.

So, on your questions:

Not the answer you're looking for? Browse other questions tagged capacitor switch-mode-power-supply dc-dc-converter ldo inrush-current or ask your own question.