I have matched an led driver (constant current power supply) to a circuit of leds such that no resistors are needed to limit the current by taking advantage of the leds "near" linear voltage current relationship. By dividing the supply voltage by the number of LED's i know how many volts each will get and thus how many amps the will pass through the LED.

Here is an example circuit: 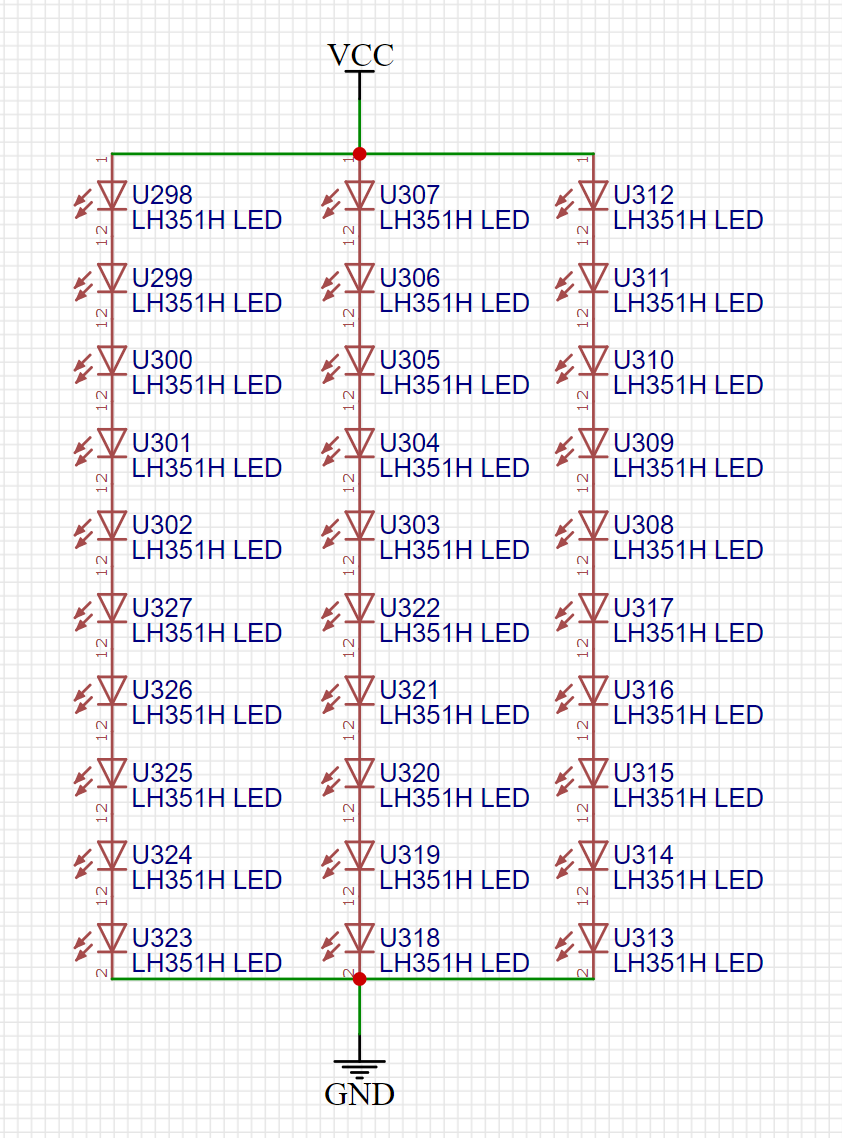 Im quite confident this will work well, but if one LED goes out, the whole row will go out.

Here is a proposed circuit: 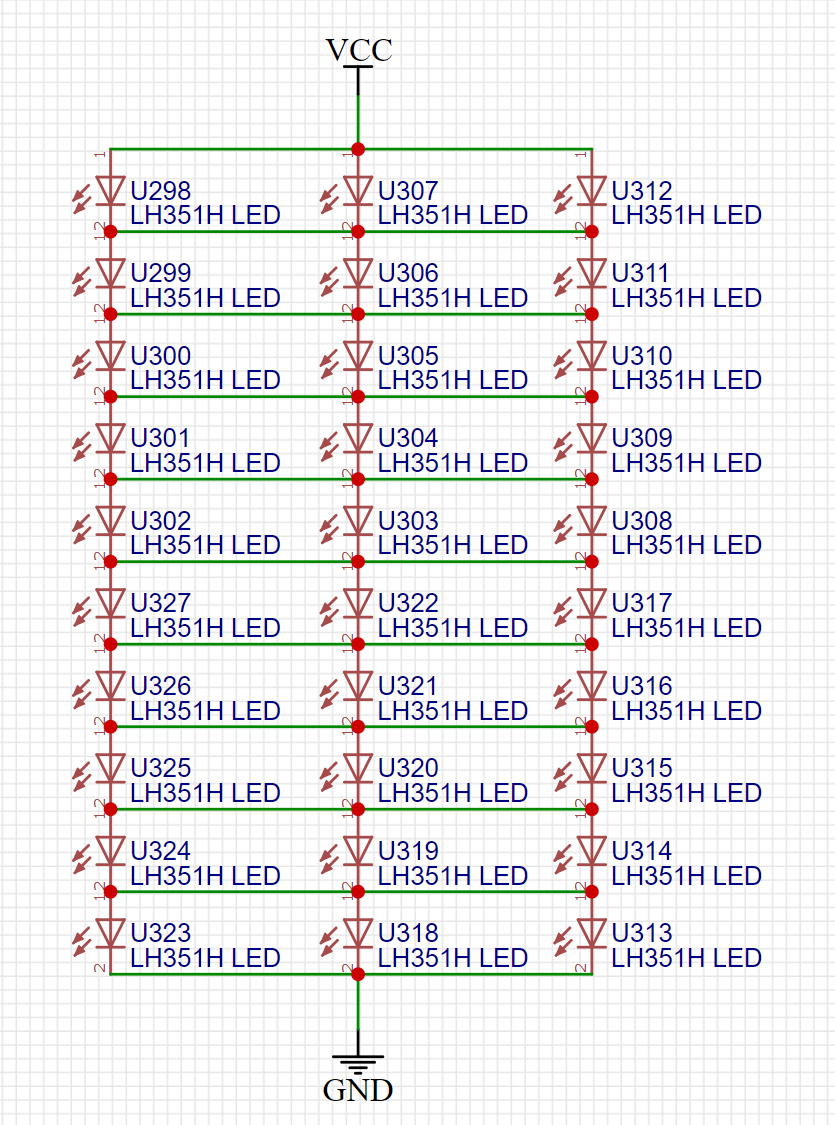 First off, is there a name for this wiring? I could not find any information on it.

Is this proposed circuit a safer and more reliable method of wiring than the prior?

Also, if one of the leds failed and broke the circuit somewhere what would be the relevant behaviour of the other leds - Assuming the current the now broken LED was carrying could be safely divided amoung the remaining two leds, such that their current is still under their max rating?

I'm quite confident this will work well, but if one LED goes out, the whole row will go out.

If you mean an open-circuit with "go out" then I'd ask "what if one LED gets shorted instead?". Of course, things get worse for the remaining LEDs.

You should always consider a possible short-circuit of at least one LED as well because a damaged LED does not always get open-circuit.

Is this proposed circuit a safer and more reliable method of wiring than the prior?

The latter one can tolerate any short- or open-circuit LED better:

Not the answer you're looking for? Browse other questions tagged led led-strip led-driver led-matrix or ask your own question.