Why does the bias decreases in this clamper circuit?

I'm trying to do a positive clamper circuit in easyeda.com to bias a triangular signal of 200mV pk-to-pk at 1kHz centered around 0V. Here's the circuit: 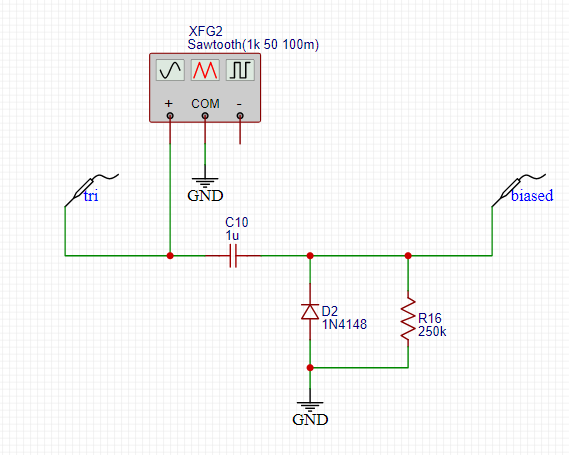 The bias seems to work only during the first cycle:

But as you can see, the bias exponentially decreases slowly and after ~1s, it's almost at the same DC as the original signal. What I want is a circuit that bias the signal for half of the pk-to-pk so that it always stays like the orange signal in the 2nd picture.

The triangular signal's frequency could be from 1Hz up to 1kHz. Why does the bias decreases in time? Would you suggest another circuit to bias this signal without the decay that would work for the frequency range I want? Does it has to do with the values of R and C?

During the negative cycles, the capacitor needs to charge so that a positive potential develops on its right side plate. This voltage will add to the waveform during rest of the operation of the circuit.

Repeat your experiment with say 2V amplitude triangle wave and see if the situation improves.

To work with low voltages, you need either 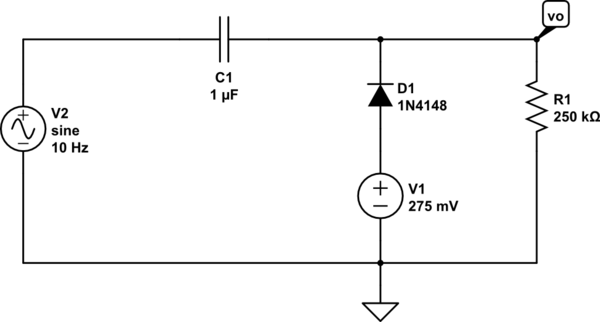 With an input signal amplitude of 200 mV p-p, the diode is ineffective at clamping because it just won't conduct any significant amount at these voltages. Here's a picture from another post that shows how much current a 1N4148 can be expected to take at various low voltages: - 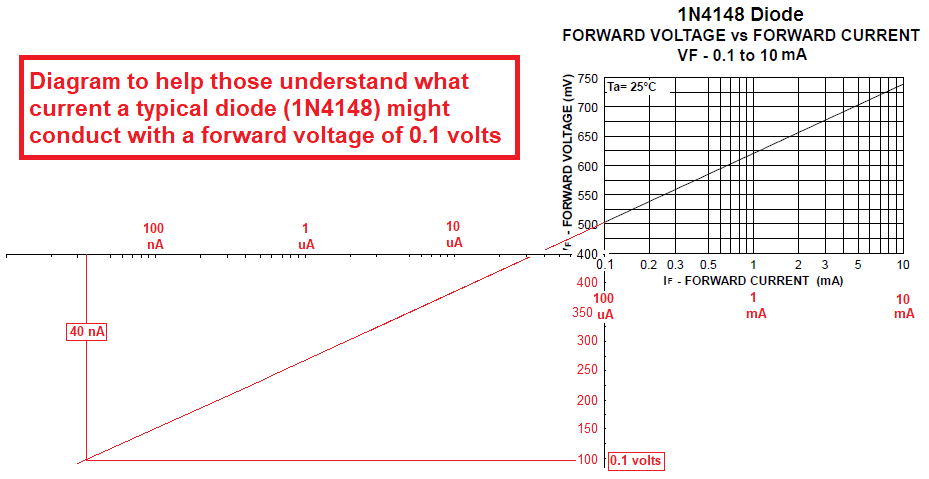 The Y axis is the diode forward voltage and the X axis is the current it takes. With only 0.1 volts applied (the peak signal), the diode conducts 40 nA and is therefore totally ineffective at these low voltages as a clamp.

There are a couple false assumptions:

Here is an "active clamp" circuit using a comparator function driving a transistor active clamp then buffered to makes a more ideal clamp circuit that even works on 10mV signals.

Not the answer you're looking for? Browse other questions tagged ac bias offset or ask your own question.