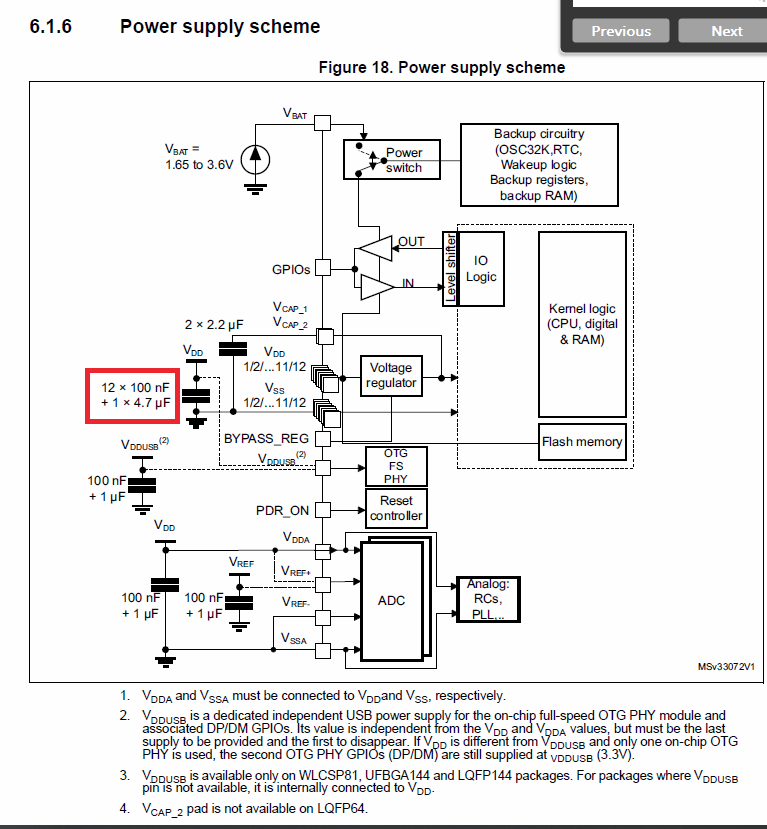 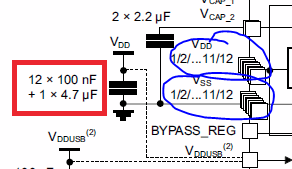 Each of your decoupling capacitors exists to provide current when the load (your MCU) switches and needs more current very quickly. The power supply takes time to respond to this transient demand and increase its current output to stop the supply rail falling. The connections to the power supply have an impedance that also slows its response to the load. So you have decoupling capacitors that supply these fast transient currents as needed when MCU switching occurs, charging back up when during steady load times.

Here, your MCU recommends placing a capacitor near to each of many (12?) MCU supply pins. Each supply pin now sees a nearby capacitor with a lower ESR (and therefore a faster transient current response) than if it was one larger capacitor shared between them.

3
Decoupling of A/D converter
6
How do I know where I need decoupling capacitors?
1
When is a 6.3V capacitor not a 6.3V capacitor?
0
AVR Microcontroller board capacitor recommendations
2
Can I use a single type of capacitor for all decoupling ( 1uF and 0402 )?
0
MCU card design considerations
29
What killed these X2 caps?
1
Ceramic capacitors in parallel. Is this configuration suitable?
0
Keyboard PCB Design Review Request
0
Regulator output capacitors placement