Does the Shockley diode equation apply to Schottky diodes and non-silicon diodes?

As I'm sure most people here know, the Shockley diode equation is

Notice that none of the quantities here other than \$I_s\$ and \$n\$ are dependent on the diode itself. \$n\$ varies widely even sticking to just silicon diodes, so clearly the different voltage drop of other diode types can't be adequately explained by that.

The Shockley equation with minor modifications is what is used in SPICE simulations for forward current in silicon, Schottky, and LED diodes. 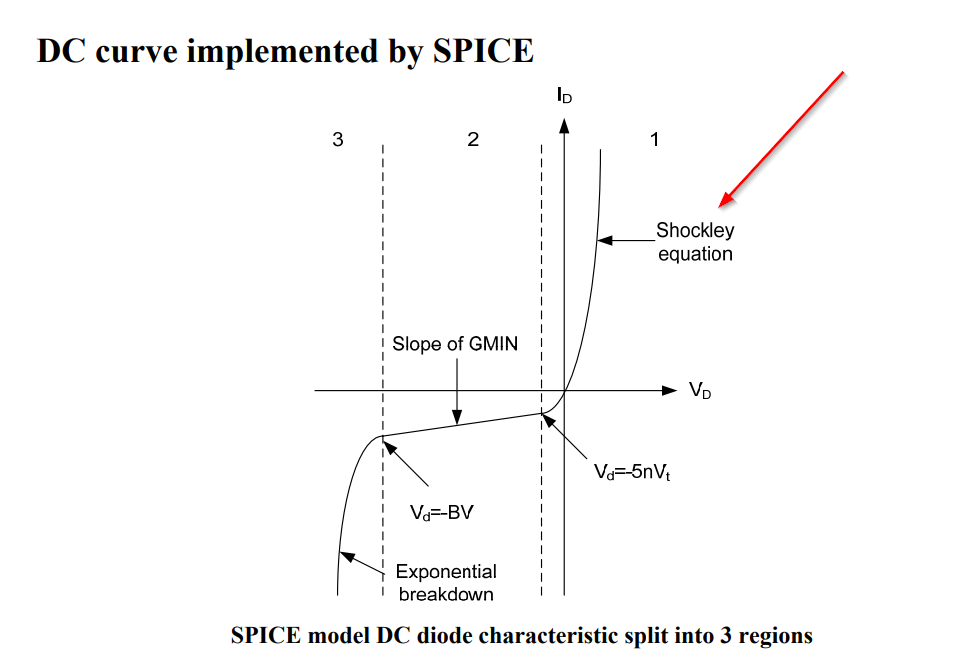 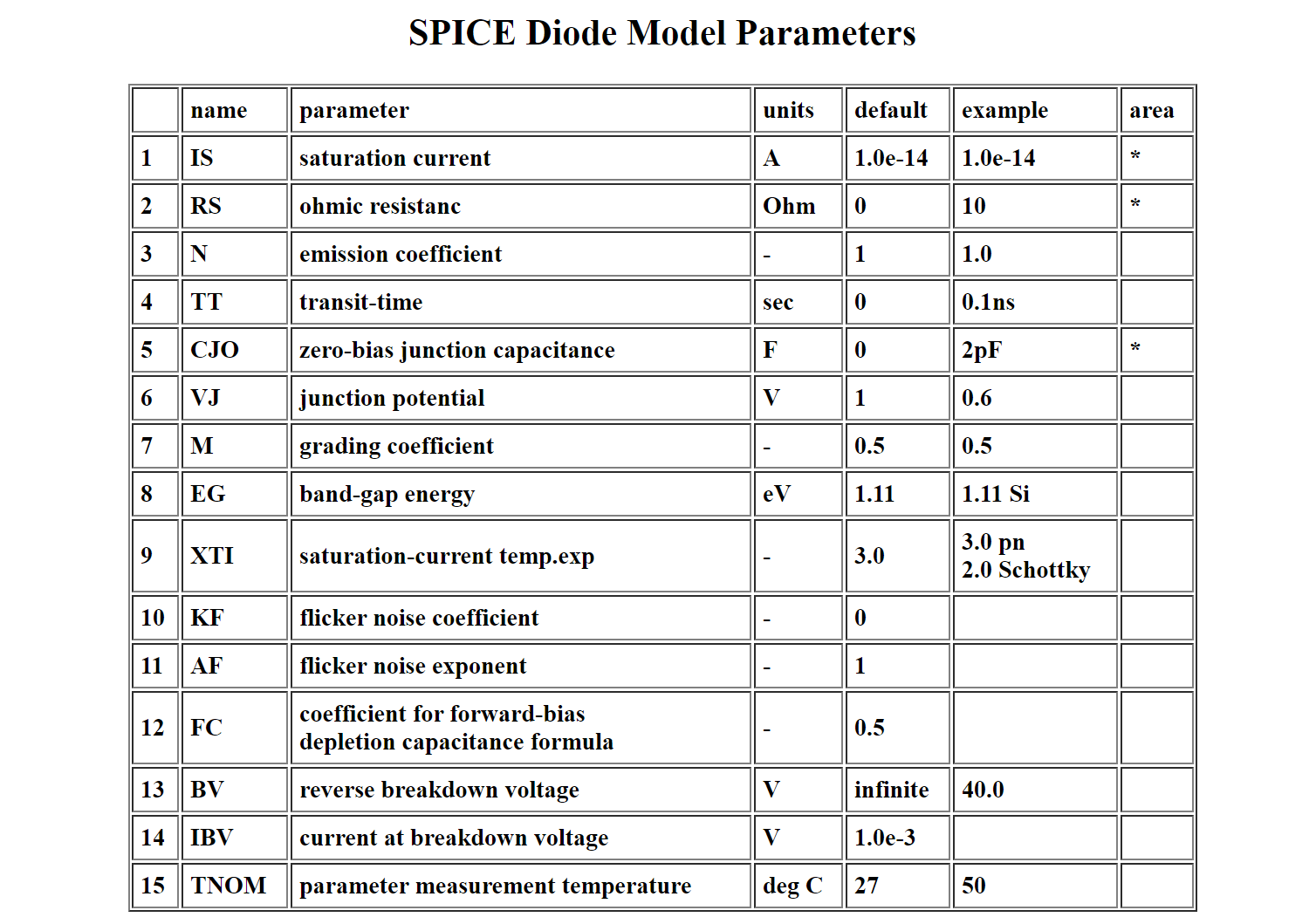 The main difference between the different types (other than the number such as Is which is quite different for an LED) is the temperature dependence of the saturation current for Schottky diodes. It includes a resistance term.

The reverse bias treatment is different from the Shockley equation and includes the GMIN for voltages < -5nV and the breakdown region exponential (the latter of which isn't covered by the Shockley equation). The GMIN business is to aid convergence of the diffeq solver rather than to improve accuracy.

Note: Vj (junction potential) and M (grading coefficient) are used to model the capacitance of the diode- M is important in reverse bias and Vj for forward bias.

In general you will not find the saturation current on a diode datasheet (you should not use the reverse leakage term), rather you would adjust IS and N to fit the forward V-I curve.

The Shockley diode equation is a model for p-n junctions. One can derive such equation without ever mentioning the name 'Silicon', because most of the semiconductor physics equations used are true for both direct band gap semicondutors and indirect ones.

As a model, it works as long as you keep the model within the assumptions you make. The equation you quote is no way close to predicting a diode's behavior due to generation-recumbination currents (often named \$J_{sc}\$) not being neglibgle (and they aren't), nor it is for describing high-injection effects, series resistance, quantum tunneling mechanisms and so forth.

Again, the equation you quote is only a good model within (rather strict) limits. But certainly these aren't unreachable approximations and that's why such model is so useful.

Not the answer you're looking for? Browse other questions tagged diodes modeling or ask your own question.

6
Solving diode circuit with iteration - why doesn't it work?
1
Are Germanium Zener diodes still obtainable?
11
Proof that every circuit with diodes has exactly one solution
1
Voltage across diode, Shockley equation
5
What is a typical diode's ideality factor?
0
Meaning of discontinuity in a diode circuit, analyzed using a simplified model for the diode
1
Deriving that Vin is way larger than nVt from Shockley equation
0
Schottky diode vs Shockley diode?