Consider this diode (about 0.7V Vf) in parallel with an LED (about 2V Vf). Of course the actual voltage across each will be the same.

Vf, as we are talking about it here, is not the real forward voltage except in very particular circumstances, it's an approximate voltage that you would measure when some particular (sensible in the context) current flows through the diode. So it's a characteristic of the part. 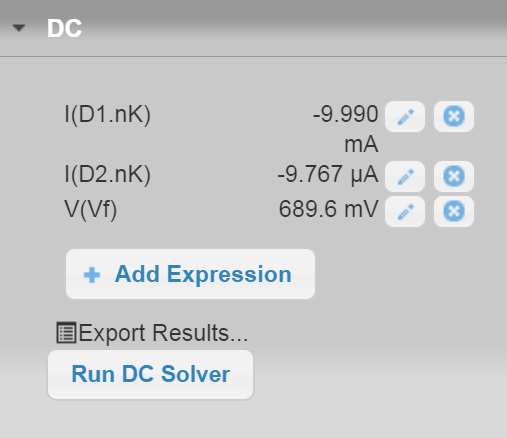 When the diode is in parallel it "hogs" almost all (99.9%) of the 10mA current, and the forward voltage of both ends up being almost exactly the same as the diode alone.

The LED still conducts a bit of current according to the simulation, about 10uA, but without higher forward bias it cannot conduct much current .

A simplified way to look at it would be that the diode with the lower Vf takes all the current and the one with the higher Vf takes none of the current AND the actual voltage equals the smaller Vf.

That may be accurate enough, however that gets progressively less accurate the closer the two Vfs are to each other. For example if we simulated 2 1N4148s in series (about 1.38V Vf) in parallel with the same LED only 94% of the current would go through the diodes, and 6% through the LED. If the two diodes were identical, the current would obviously (by symmetry) split equally, and the Vf would be about the same as one diode (in reality it would be a bit less).

The diode "forward voltage" (or forward voltage with ohmic resistance) is a simplified heuristic model that assumes that the diode's voltage is nearly constant with forward current, but this model breaks down (is not accurate) when dealing with interactions near that voltage threshold. The schockley diode equation is a better model of the diode's V-I curve under those conditions.

Usually in the data sheet for the diode you can find a "typical operating characteristic" plot of the V-I curve.

If you want to understand diodes in forward conduction look at the current that flows through them with different forward voltages applied. Such as the 1N4148: - 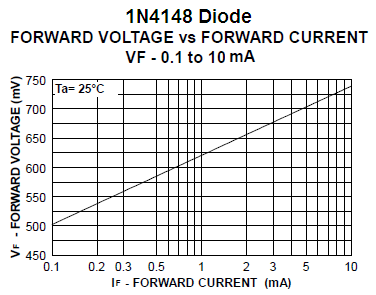 Above picture taken from here.

They are quite nonlinear because with 0.74 volts applied you get a conduction of 10 mA. With 0.62 volts applied they only pass 1 mA. That's roughly a 10:1 drop in current for a reduction in forward voltage of only 0.1 volts.

Some diodes will have their graph plot higher up on the vertical scale compared to a 1N4148 and these will require a greater forward voltage to produce the same current but, roughly, there will still be the 10:1 reduction in current for each 0.1 volt drop in forward voltage.

So if you used two diodes; one like the 1N4148 and one that operates with twice as much forward volt drop to get the same 10 mA flowing, can you see that the 1N4148 will hog all the current when they are in parallel. Hence the parallel combination will just look like a 1N4148 diode with barely any current increase above what a solitary 1N4148 would take.

Very good answers and comments... only I did not understand whether this phenomenon is harmful or useful... so I will have to clarify it. I know from personal experience that people understand circuit ideas best when they see them in various applications. Here are some of them.

Harmful manifestations. Usually, it is not desired to connect two or more "identical" diodes in parallel (e.g., to obtain a more powerful diode or to light many LEDs) since, in practice, "identical" diodes are never completely identical or behave differently at different temperatures. Indeed, there is a simple solution to this problem - a series resistor with low resistance, but it does not work well. So, as a rule, we have to connect diodes in series.

Useful applications. However, this "harmful" effect can be used in useful applications. Diodes in parallel can be considered as "switches" that (auto)switch the current between themselves. This technique is known as "current steering" and can be used to switch in a simple way two or more devices (LEDs, Zener diodes, emitter/source followers, etc.). 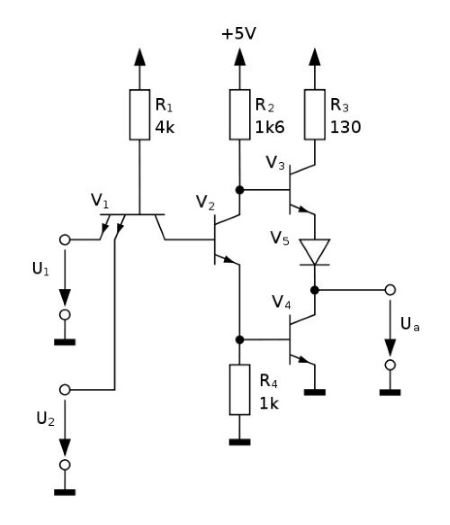 Differential pair. The two transistors of a differential amplifier (aka differential or long-tailed pair) act as "transistor diodes" (voltage stabilizers) at differential mode and the common emitter current is steered between them.

Zero-voltage LED indicator. This technique can be used to easily switch LEDs with different colors (forward voltages). In the early 80's, I came up with the idea to use this phenomenon to make all sorts of LED voltage indicators - 3-LED (Fig. 2), one-dimensional (Fig. 3) and two-dimensional (Fig. 4). 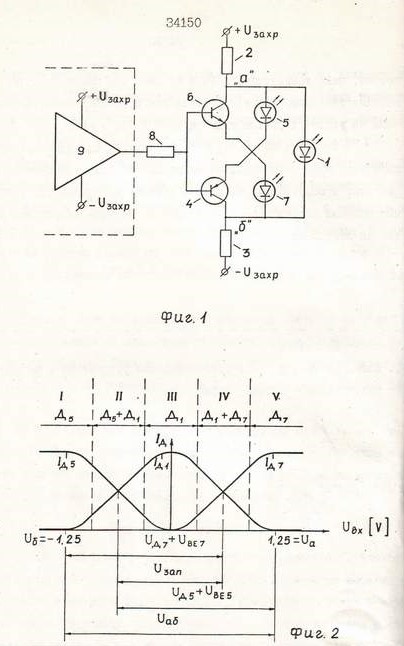 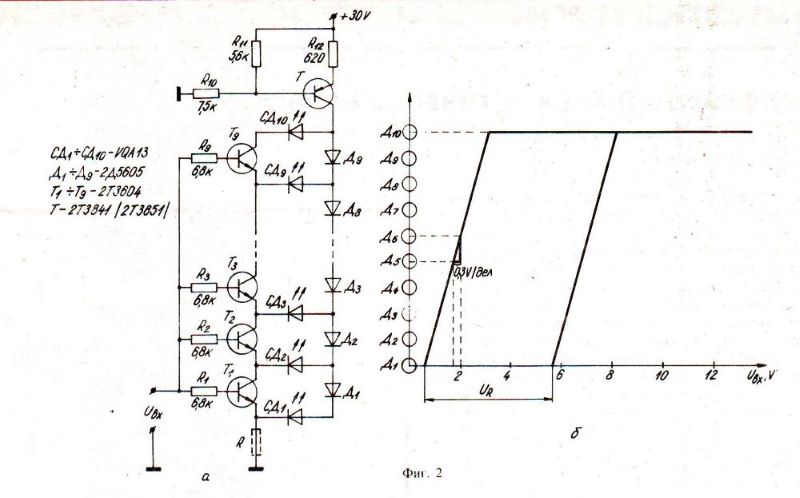 Fig. 3. Linear LED indicator. The forward voltage threshold of each next diode is "lifted" by connecting an ordinary diode in series. 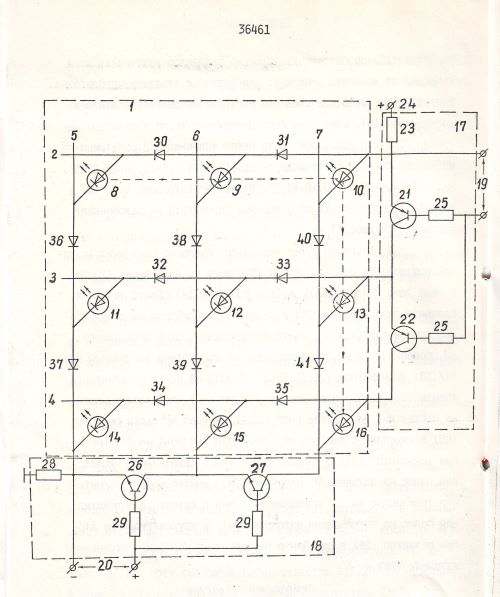 I leave it to you to figure out how these circuits work...

Not the answer you're looking for? Browse other questions tagged voltage diodes kirchhoffs-laws or ask your own question.

0
Diode: reverse and forward bias current and voltage
2
Lower than 0.7-0.6V voltage drop on sillicon diodes
0
what is the voltage across the diodes when placed across 5V, as forward biased and reverse biased
1
Question about AND gate using diodes
0
Clamper circuit, how to apply kirchhoff when the diode is turned around?
0
Puzzled with parallel forward biased diodes with common anode and different cathode voltages
2
Any importance to TVS 'parallel' vs 'series' Topology?
0
How do protection diodes work?
1
Why 2 diodes in parallel buck converter design?