I am interested in creating from scratch a regulator rectifier for motorcycle. I struggle to comprehend the ground placement in the simulator. I cannot find instructions about tree phase simulation. The difference between the two is the additional ground that there is on the schematic on the right. I probed different angle phase on each so you can see clearly. In the second case each phase does not go under 0V when in the first case on the left the sine is as expected. Could you tell me how to simulate this properly as eventually when a battery, load and regulator come into play it will be a common ground with the diodes. I guess my error is in the phase representation. I hope my question is clear. 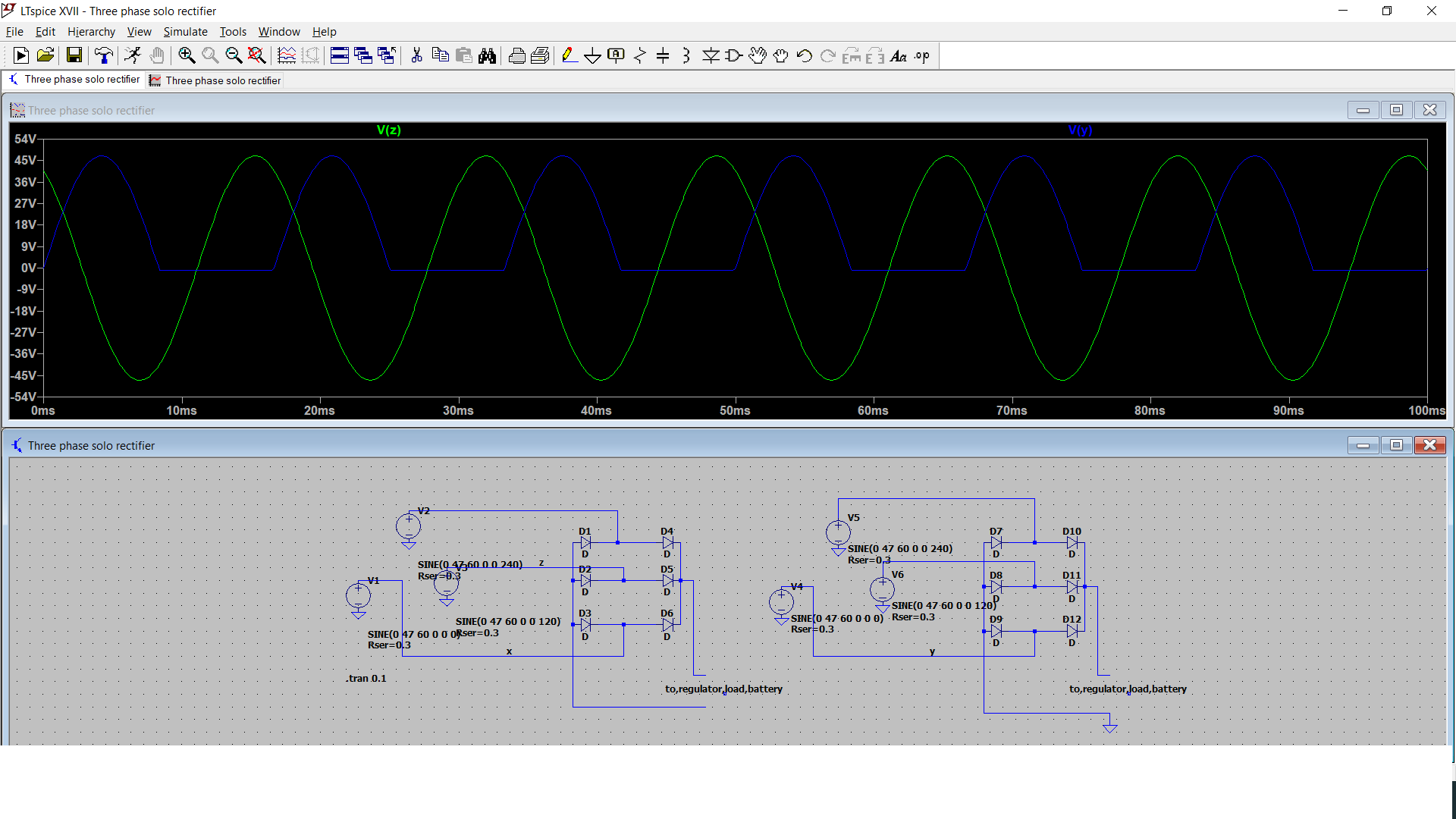 You can still use the circuit on the left but you need to set the negative output as some sort of virtual ground. Connecting the two grounds will cause a short circuit, and the two grounds will oscillate with respect to each other. The easiest thing to do is ignore the ground from the generator, so you treat it as a delta source rather than wye.

The stator phases aren't grounded. They should be tied in the middle together in a wye configuration, with each phase feeding the rectifier. So replace the three grounds on your voltage sources with a single net, but don't ground it.

You effectively do that on the right-hand schematic so long as you don't also ground the (-) output of the rectifier. The left-hand one fails because you're shorting out the stator wye common to ground.

Not the answer you're looking for? Browse other questions tagged ltspice simulation rectifier phase or ask your own question.