I would like to learn how to build a standalone circuit that allows me to flick through several LED states (on/high/low/off, etc.) without something like an Arduino.

I'm new to electronics and have decided to learn by examining simple, existing circuits. Today I opened up a cheap LED tent lamp. It has a single button to control it. Each click cycles through various states. From the off state, these are:

I've attached a picture of the circuit board inside the lamp. It's hard to tell if pins 1-3 of the IC are connected to anything, which just adds to my difficulty understanding what's going on here.

The bit I'm holding on to is the push switch. Pin 1 of the IC is in the top right corner. The transistors are J3Y transistors. The component right beside pin 4 is a diode with the cathode on pin 4 side. 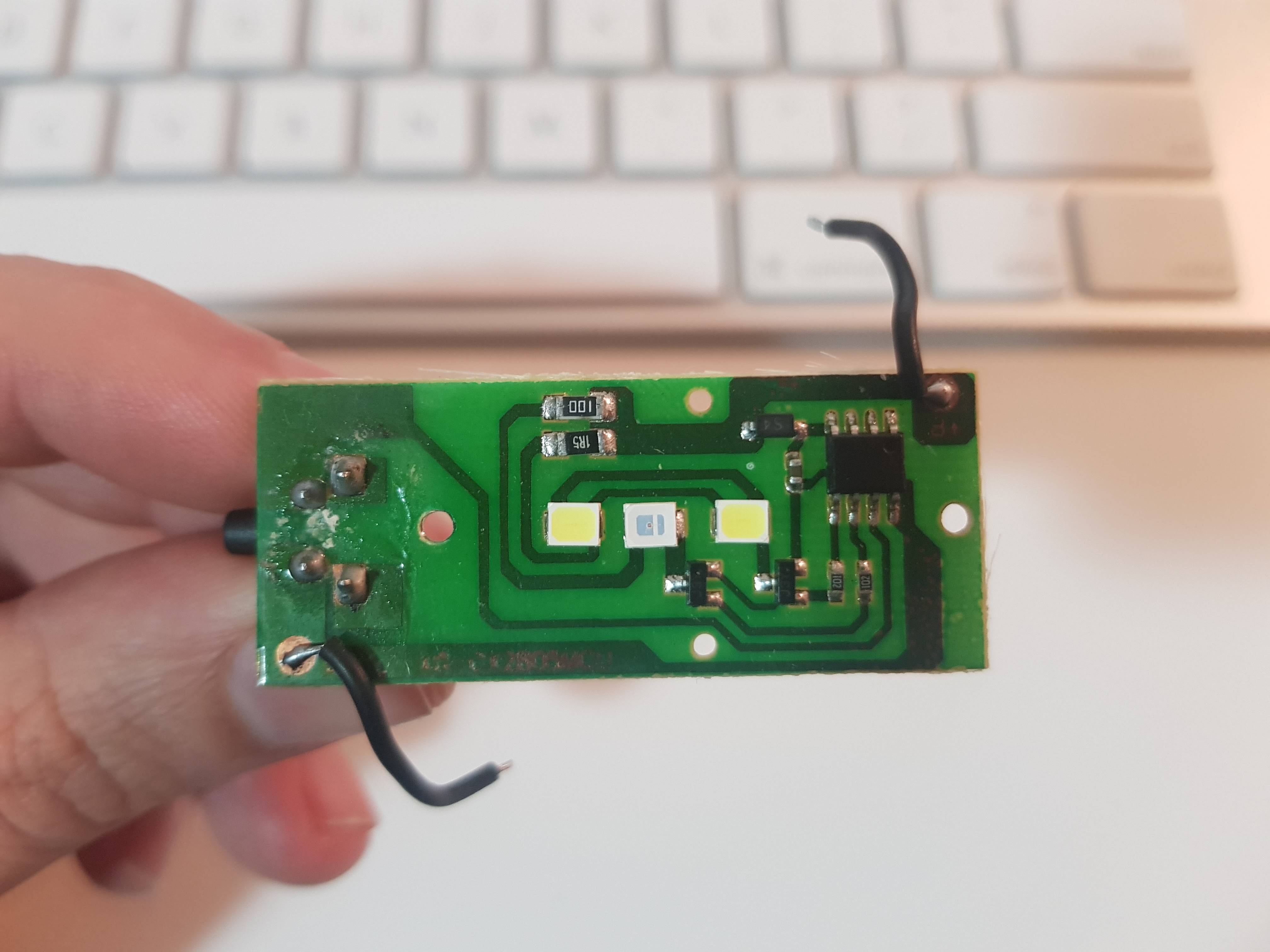 If you could please advise:

The chip is either a specially made IC that does all of the functions in hardware, or it is a small microprocessor programmed to carry the the described functions.

Your options are to build similar hardware out of standard logic ICs, or to program a small microcontroller to carry out the functions you want.

Either option will be bulkier and more complicated than what you are looking at.

If you build it out of standard logic ICs, it will take at least a couple of ICs and some other parts.

If you go the microcontroller route, you'll probably have to add in a couple of transistors to help the controller deliver enough current to the LEDs.

If you go the hardware way, you'll learn more about logic and electronics and zero about microcontrollers and programming.