What are the differences between regular and disc Yagi-Uda antennas?

I've recently started comming across a popular antenna design in the DIY community, which looks similar to the traditional Yagi-Uda antenna (large reflector at the back, driven element in the middle and several directors at the front), but instead of straight elements perpendicular to the direction of the antenna, there are coaxial discs.

For the sake of discussion let's consider this particular design (exact measurements and videos in the link): 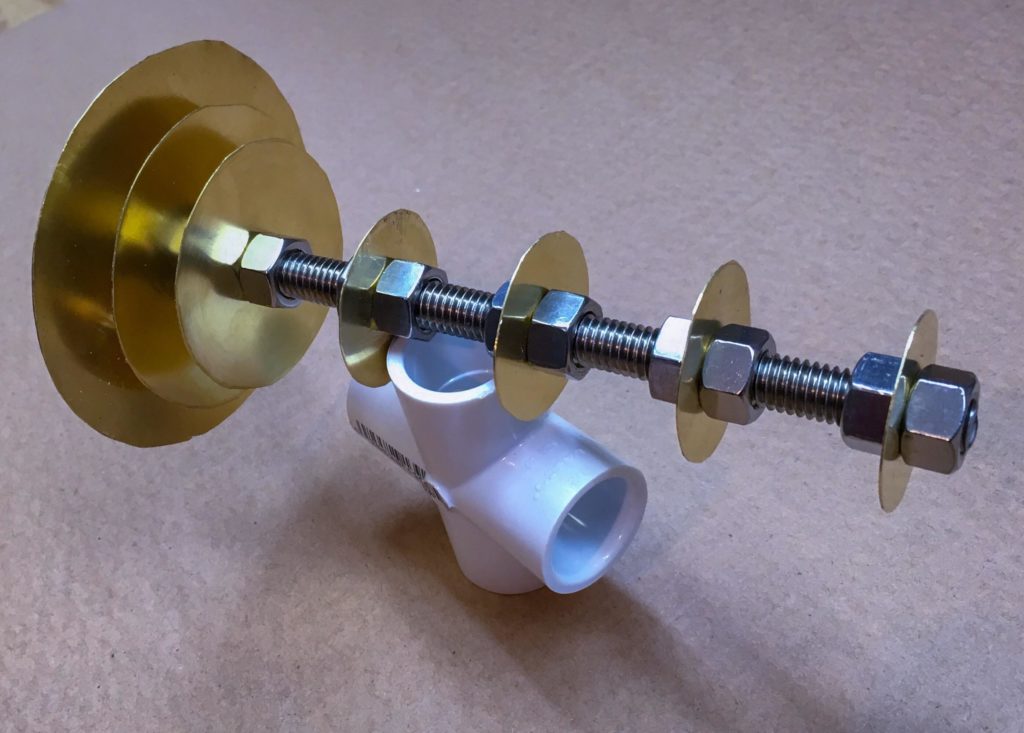 I don't know much about antennas beyond the simple dipole and I haven't been able to find any information about this style of Yagi-Uda, so I wonder: Are there any benefits/drawbacks for this disc style as opposed to the conventional rods? I'd assume, that this antenna would be indifferent about polarization (as long as the signal is linearly polarized), but at the cost of gain? Perhaps there would be more noise?

I've seen and made a few disk yagis.
Here's a common one for MMDS, for ~2 GHz video distribution (search for MMDS antenna):

They work about the same as dipole-based yagis. It might be easier to support the elements on a bolt like this, and bolt or casting the the elements can be made in one piece and screwed into the feed without risk of them not being aligned properly.

They're polarised the same as the feed, which is almost certainly linear, but could be dual-linear or circular. The patch feed is very easy to make, quite forgiving in its tuning, and much easier than a dipole to make correctly at home. It also matches directly to coax, without a PCB or a balun.

The photo you show looks like a reasonable disk yagi. The nuts on the threaded rod are a bit big for my liking, but it can probably be tuned and work fine (the correct disk diameter will depend a bit on the size and shape of the nut).

Disadvantages include having a lot more metal weight and wind resistance than a thin mast and dipole structures, so they're most useful above 1 GHz.

You can make a yagi out of sheet metal squares too, and wire loops, and other shapes. Antennas are primarily mechanical challenges, and the optimum is different for different use cases.

Last comment - antenna tests using wifi cards like this can actually be very accurate, especially when comparing two similar antennas. The card gives a signal level in dBm. This is pretty accurate for a low cost test at home.

2
Tradeoff between embedded chip and external GPS antennas
0
Antenna Diversity: two Yagi antennas to the Rx and Rx/Tx u.fl-male points on the wifi-NIC?
2
What is the difference between smart antennas and phased arrays?
0
Difference between directional and beamforming antennas
0
Inside of 2.4 GHz Dipole Antenna
4
Yagi Calculator vs. Bruteforced values?
0
Ratio between RFID reader and tag antennas
2
What is difference between resonant and non resonant antennas?
2
When receiving multiple UHF TV signals, what frequency do you design a Yagi-Uda TV antenna for?