How to take my differential filter and design it for a different frequency and impedance?

I have a board with this differential PI filter: 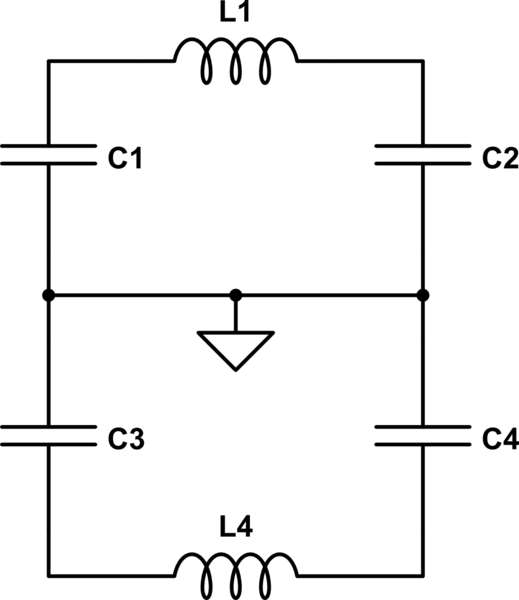 Luckily, I have a program that allows me to input the desired filter type (lowpass, highpass, bandpass), configuration (PI, T), frequency, and impedance. It provides me the values of the inductor and capacitors. Unfortunately, it provides me the filter as a single ended PI filter, like this: 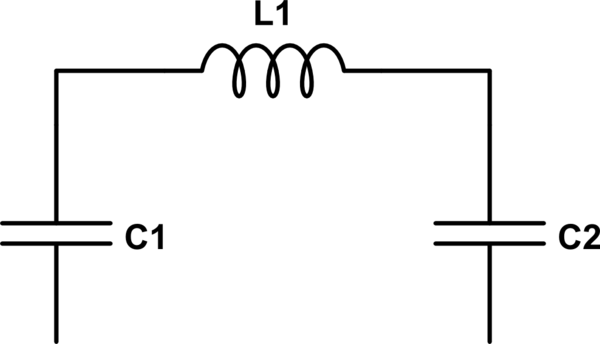 Bonus question - how do I measure the impedance of the filter, using either ADS (advanced system design) or LTspice?

The resulting asymmetrical Π will have C/2 and 2L as values:

This is also one way to simulate it. Note that the source now has twice the impedance and twice the amplitude of the signal in order to match the outputs (so you should account for that when you're recalculating the filter).

In response to the comments, I have re-uploaded a different image (the outputs are slightly modified to be all visible; the phases show they're identical by overlapping, though). The values for the components are completely bogus (values ranging from 1 to 5, at a whim).

For the symmetrical case, the load is better viewed as two series resistances. Transforming this to an asymmetrical filter can be done in two ways:

At any rate, the same steps for transformation apply for the T as for the Π section. For the LC elements, the shunt elements are considered in series (C1 and C4 result in C7) and the series elements are in parallel (L1 and L2 result in L4).

Not the answer you're looking for? Browse other questions tagged filter impedance differential or ask your own question.

1
Differential filter design
2
Conversion Process From Single-Ended to a Differential Filter
0
Some confusion about differential-ended data acquisition system
1
Filter design for piezoelectric transducer
2
How does the CMRR of a fully differential amplifier change with input impedance imbalance?
0
How to find the equivalent resistances for each filter so that the cutoff frequencies can be found?
4
differential trace impedance for USB (90 Ohms) on 2-layer FR4 board
1
Choosing PLL Loop Filter Bandwidth and Phase Margin for Frequency Ramp Generation
2
Differential and single-ended input impedance