Does an AC lightswitch dimmer/light combination consume the same power no matter its setting?

I'm hoping to resolve an argument here. Someone else said that lightswitch dimmers don't actually cut back on power used, since they're just resistors and just divert the power to additional heat. I agree that dimmers are just resistors, but from my thinking, V=IR and P=IV gives us P=V^2/R. Voltage is constant in this system, so as resistance increases between the dimmer and the lightbulb in series, power will go down. Who is correct?

Even if dimmers were just resistors (they aren't, as explained in the comments), it should be obvious that as the resistance goes up, the current goes down and the lamp gets dimmer. By definition, since power = voltage × current and voltage is being held constant, then the power being consumed scales directly with the current.

I was wondering what the actual power dissipated in the series resistor compares with the bulb power over a wide dimming range and particularly how much effect there is from the variable filament resistance due to temperature. I tested a 120 volt, 60 watt bulb and also calculated the power assuming no change in filament resistance. The results are shown below.

Wba and Wra are the actual bulb and resistor power plots from the test results. Wbc and Wrc are calculated assuming resistance remains at the hot value during dimming. Wttl is the total bulb plus resistor power.

The bulb was labeled 60 watts, but it only took about 55 watts at about 120 volts. Room temperature was about 72F. 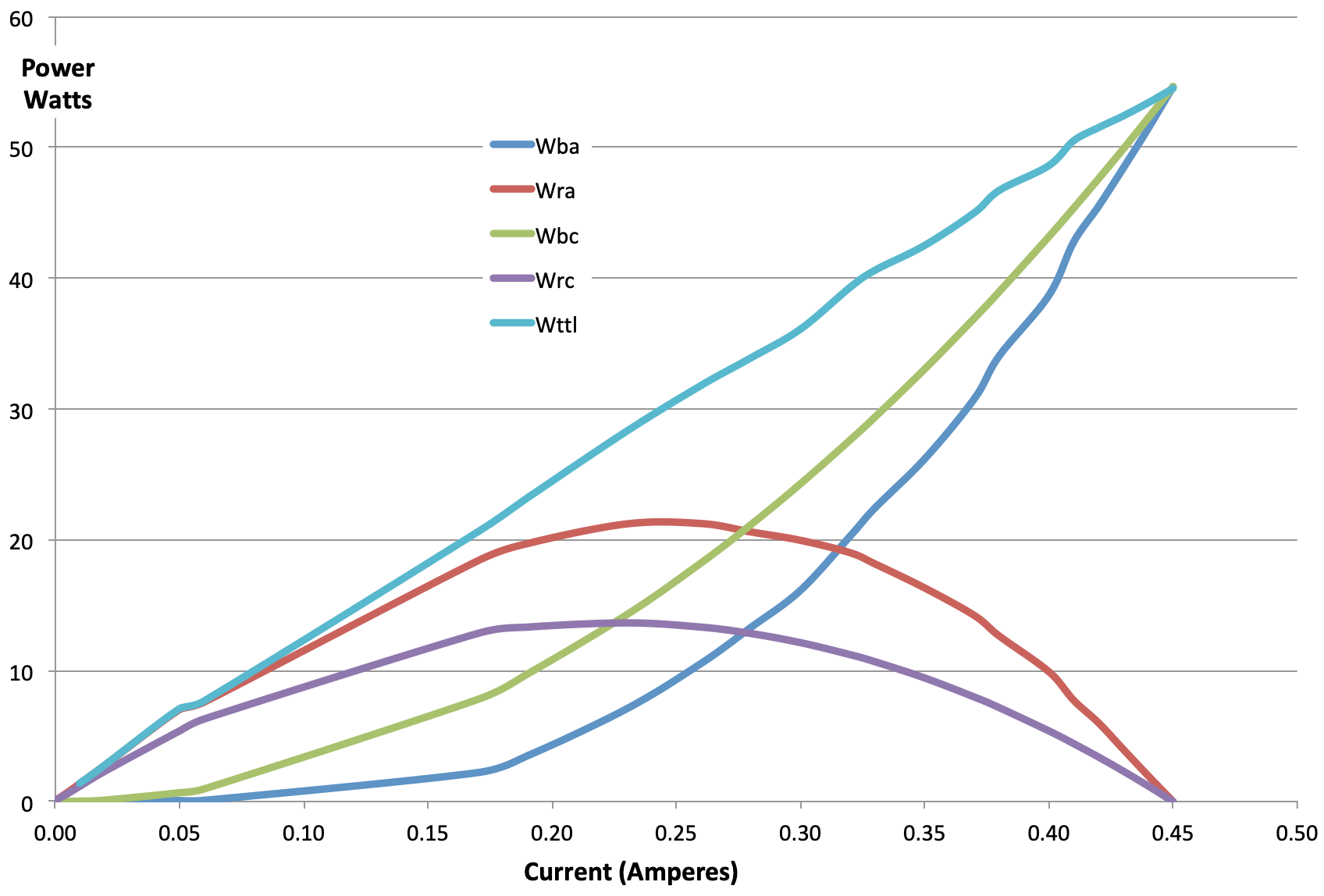 Not the answer you're looking for? Browse other questions tagged power switches or ask your own question.

2
Transmitting power and PWM signal through the same cable
5
Does an RF receiver constantly consume power?
2
The relation between light electric field and light power (optical modulation)
3
How does a switching power supply reduce its power output?
1
How to power a lower-power circuit and an audio amplifier off the same source efficiently?
1
When does an electronic fly swatter consume power?
0
How does wire bundling with the same AWG work?
1
Using an analog voltmeter to display the changes in out put made by a dimmer switch for a light
1
What does quiescent power mean and how I can find how much current the chip consume