Why does my BA speaker truncate the negative part of the waveform?

Ask Question
Asked 1 month ago
Active 1 month ago
Viewed 55 times
0
\$\begingroup\$
This question was migrated from Sound Design Stack Exchange because it can be answered on Electrical Engineering Stack Exchange. Migrated last month.

I'm developing a custom earphone and I'm having some issues with producing a clean sound from my balanced armature (BA) driver (Sonion 31D005/8). I've come up with a pretty standard circuit (see below) that receives a sine wave at three possible frequencies (227,660,1000) from a 12-bit DAC.

When I probe the output of capacitor C2 without the speaker connected, I see a clean wave with a zero volt average, however as soon as I plug in the BA the peak of the negative portion is truncated, and the voltage (p-p) is reduced (see below). This outcome is more prominent for the lower frequencies, ultimately reducing the loudness of my speaker for lower frequencies, contrary to what's shown on the datasheet (should remain relatively constant). 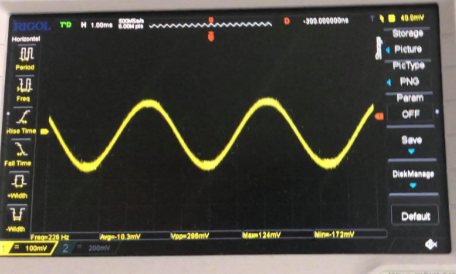 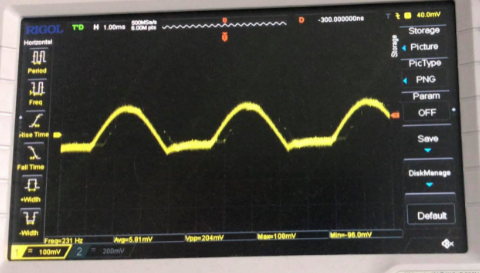 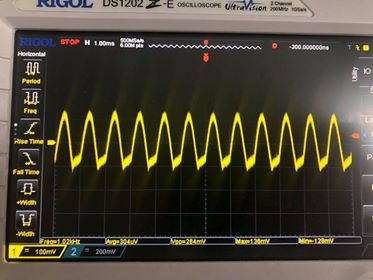 Another important factor is that the BA's impedance decreases for lower frequencies (500Hz:38 ; 1000Hz:66) so I expected the opposite effect, however I'm assuming there's some time constant effect or an inductive feedback that is distorting the waveform. I've confirmed with a microphone that the received waveform is quite distorted in a similar way, and the lower frequencies do not sound very clear. Am I missing a passive component or something that should be considered when designing headphone (high impedance) as opposed to speaker (4-8 ohm) circuits? Perhaps a different amplifier (tried the LT1010 with worse performance)?

Browse other questions tagged speakers distortion impedance or ask your own question.

8
Why are loudspeakers manufactured in various impedance values?
1
Accurate frequency output through external speaker
2
home audio: How much current flows through my speaker amplifier's output?
4
Which speaker is better for an application based on it's datasheet
8
Parallel speakers sound bad, but serials are fine
2
Matching a 3W+3W audio amplifier with 2x6W speakers
8
Unkown distortion in low power push-pull amplifier
0
Creative T3100 speakers input mod
3
Relation between the impedance of speaker and amplitude of sin wave?