Capacitor running hotter than I think it should [closed]

Ask Question
Asked 8 years, 9 months ago
Active 8 years, 9 months ago
Viewed 857 times
2
\$\begingroup\$
It's difficult to tell what is being asked here. This question is ambiguous, vague, incomplete, overly broad, or rhetorical and cannot be reasonably answered in its current form. For help clarifying this question so that it can be reopened, visit the help center.
Closed 8 years ago. 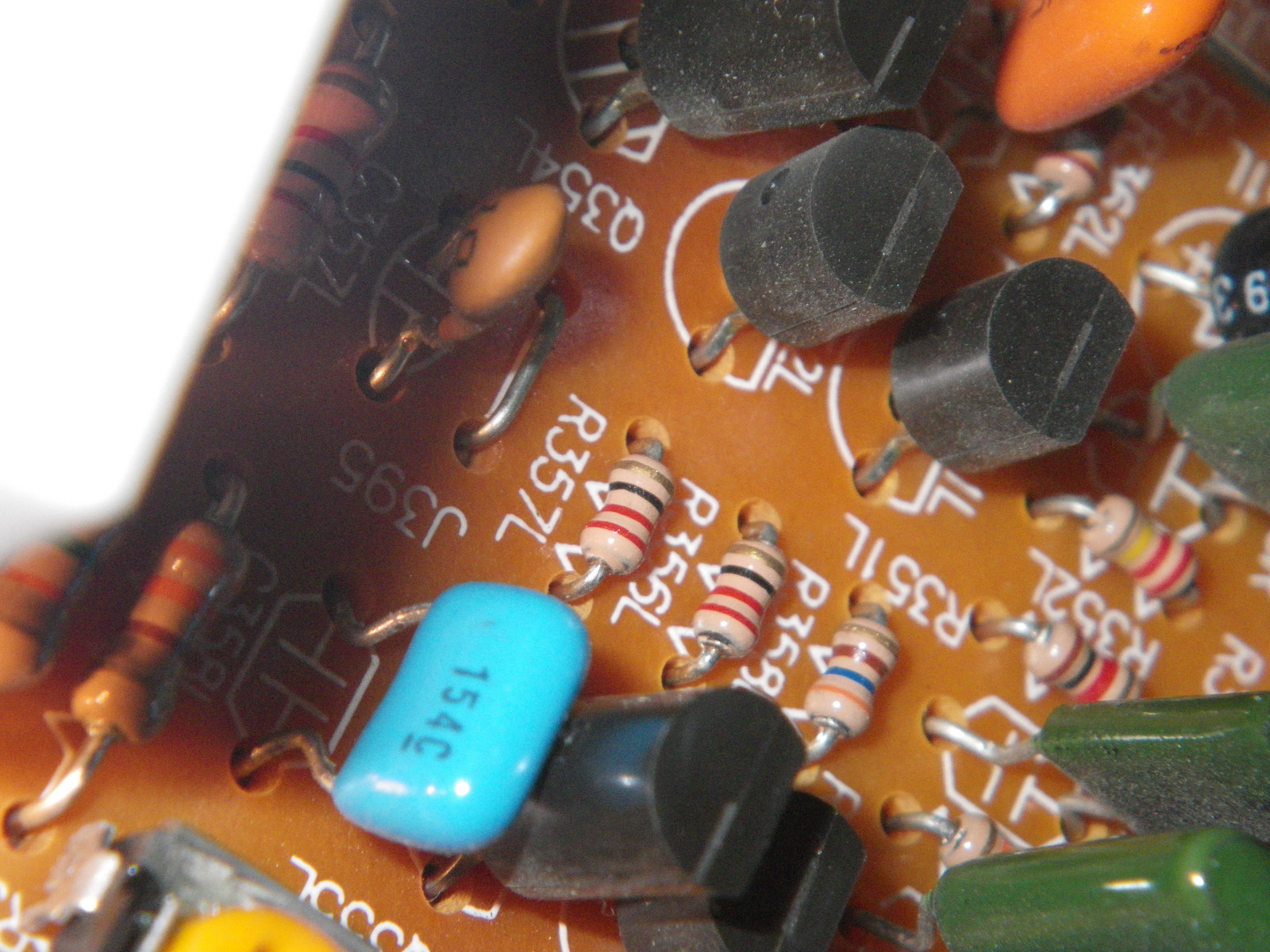 This is in the right hand power amp in a Nakamichi AV-10 receiver. Whilst watching the Olympics opening ceremony at considerable volume, the unit overheated (hot pcb smell) and cut out.

Having cooled it now works up to a point.

The main problem is that now cuts out at moderate volume. Using an Infrared Thermometer I have identified this capacitor running at 63C. It's mate on the other amp is at 30C. Cooling it with a fan allows the amp to operate at higher volume.

The other slight problem is that there is a faint crackle on the right speaker.

Do you think that the capacitor is the problem, or is it merely the indicator of a different failure?

This question gives some of the background here. The capacitor may or may not have developed excessive leakage but its electrolyte is drying out - its ESR (equivalent series resistance) is increasing, so any ripple voltage dissipates more power in it, heating it up and drying it out faster. If you can measure its capacitance, you'll probably find it's lost most of that too... It's not totally unexpected, they are rated for a few thousand hours at a certain temperature - say, 85C.

Dave is right - replace it, paying attention to its value, voltage, and ripple current rating. And expect to replace its twin in a couple of months... better to do both at once.

Now that the photo is visible, the above is wrong! (do I have to downvote it? )

This is not an electrolytic capacitor but some plastic film type, at a lower value (0.15 uF), and without the electrolytic's problems! The most likely reason for its temperature is that it is resting against a (probably rather hot) driver transistor. Is its mate on the other channel clear of the transistor? It should be safe to (gently) straighten it, but I think you have to look elsewhere for the real problem. The equivalent of these capacitors would be suspect in a 1940s valve amp, but not in a modern amp...

Check temperature of the output transistors first (one suspect is the bias current, if there is an adjustment for it) and check the power supply voltages if you can. Oh, and if you can measure capacitance, check the big electrolytics :-)

Yes, it's very likely that the capacitor in question has developed excessive leakage and/or series resistance. It would explain both the heat and the noise. Replace it.

You might consider replacing both capacitors; if one has reached its end of life, the other one is probably close, too.

Not the answer you're looking for? Browse other questions tagged capacitor amplifier or ask your own question.

2
What type of capacitor should i buy?
18
When should I use a low ESR capacitor
5
Using capacitor with lower voltage than the specified one
0
Class AB amplifier becomes hotter, using more current and then becoming even hotter
2
Why does an increase in capacitor ESR make the capacitor hotter?
4
Which is broken, the amp or the driver of this subwoofer?
1
Why are one channel's transistors in a power amp getting much hotter than the other's?
0
Use different capacitor for subwoofer