The regulator you listed may continue working down to 1.7 volts - that is its UVLO level so, adding a diode in series with the power rail to the device is not going to work AND, the diode will represent a big power loss in normal operation because it's conducting power supply feed current. This defeats the object of using a switching regulator in many ways.

Instead, use a comparator circuit and resistors to turn off the EN input when the voltage drops down to 3.1 volts. Here's the sort of circuit that would work to protect the battery: - 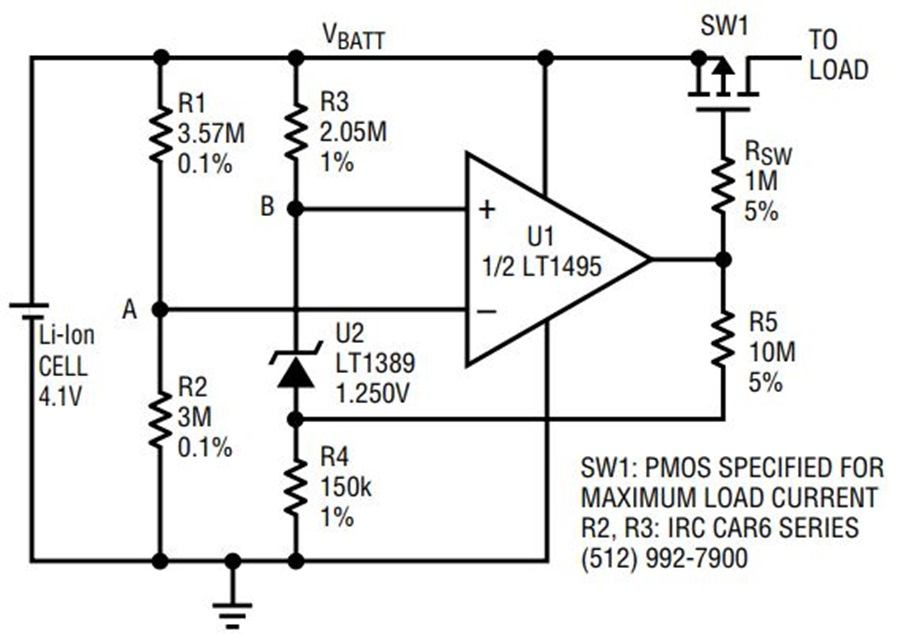 You don't have to use SW1 to directly turn the battery off to the TI chip because you can flip the inputs of the comparator and drive the enable pin directly. Or just use it as it stands with a P channel MOSFET. 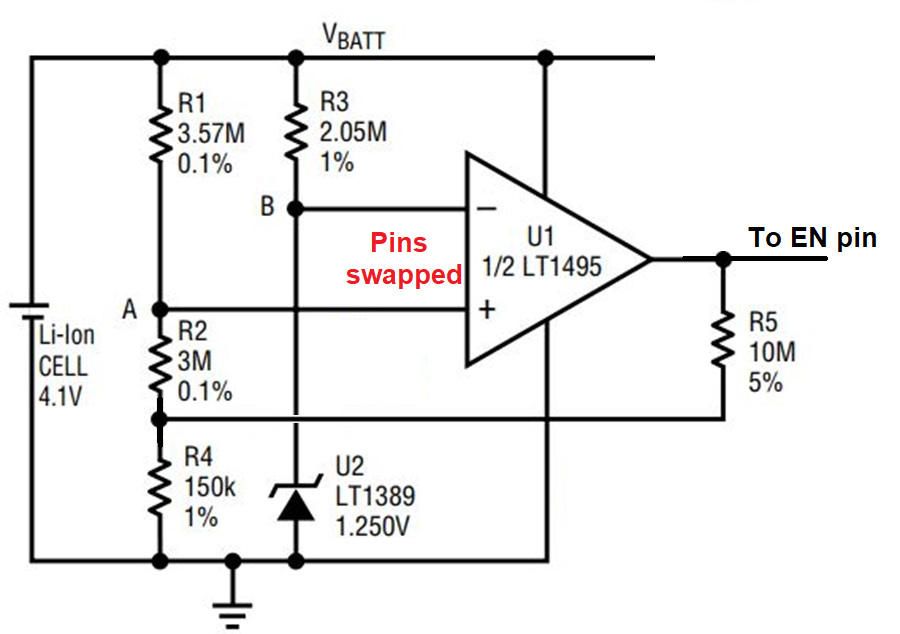 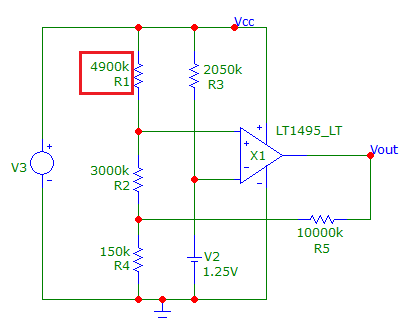 Note that R1 has changed to 4.9 Mohm to make this operate correctly around 3.1 volts: -

Not the answer you're looking for? Browse other questions tagged batteries dc-dc-converter battery-operated lipo or ask your own question.