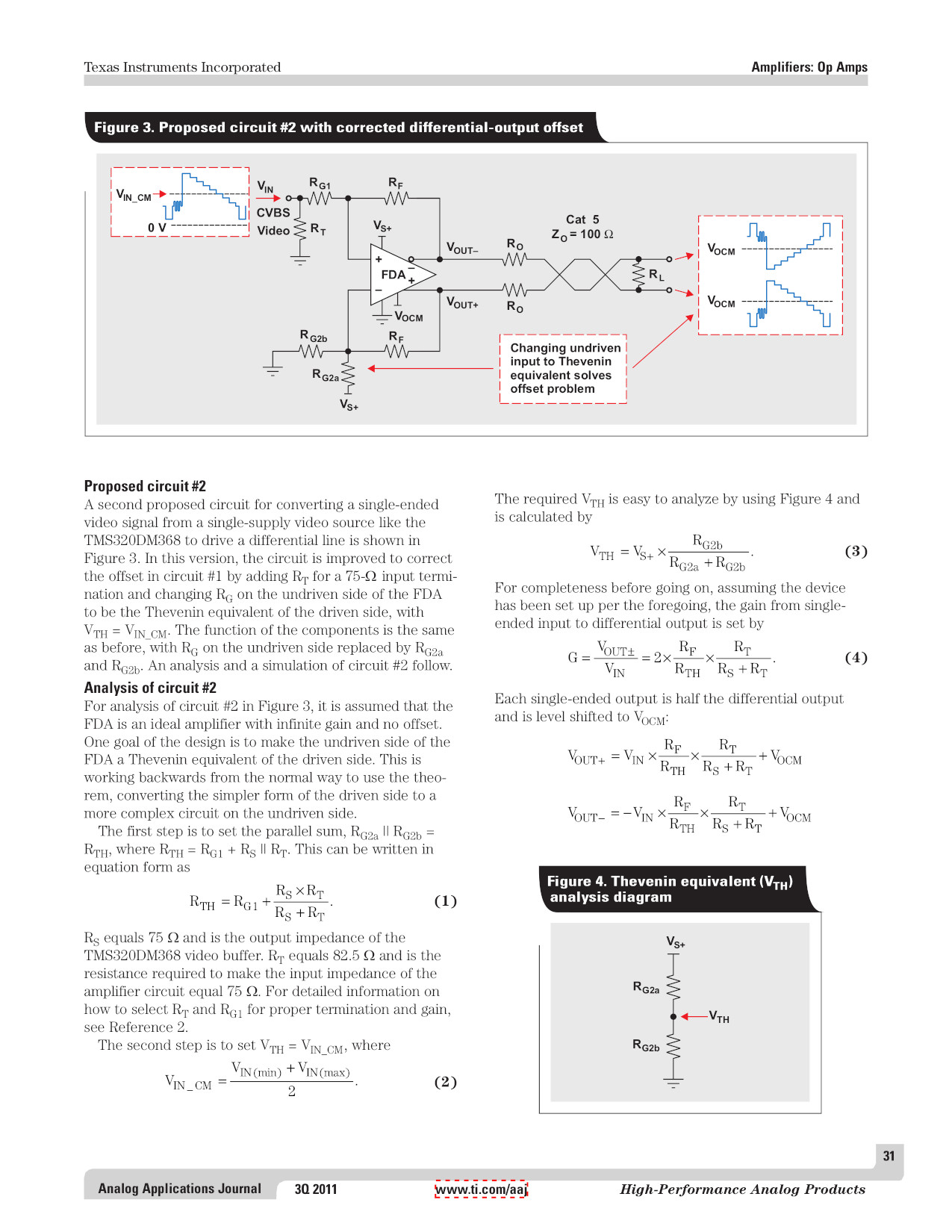 Conceptually it all makes sense, and I can make sense of everything except for Equation 4 on the 3rd page (see the included image). The equation states that the gain of the circuit is G = 2 x (Rf/Rth)x(Rt/(Rs+Rt)). What I don't understand is why the second term, Rt/(Rs+Rt) is included here, when it already is included in the calculation of Rth (the Thevenin resistance) along with the video input's source resistance. It isn't as simple as just saying that the effects of Rt & Rs cancel out the 2x at the beginning of the equation (as would be the case with most video systems), because Rt and Rs are not the same resistance in the final solution.

Part of me thinks I can see the logic, but I can't formulate a consistent explanation. Because the circuit I am designing is slightly different, I really need to understand all of the steps rather than lazily copying what is in the paper!

EDIT: I corrected the erroneous Rs to Rt in one of the equations as pointed out by one of the commenters

The equivalent circuit is this:-

\$ \frac{R_T}{R_S+R_T}\$ accounts for the voltage division produced by RS (source impedance) and RT (termination resistance). This reduces the input voltage and therefore the gain of the circuit, which is why the term is included in the gain formula.

The values of RG1 and RF are chosen to lower the input impedance to 75 Ω, which further reduces the input voltage (to half the unloaded source voltage). However the op amp gain term \$\frac{R_F}{R_{TH}}\$ already takes this into account because RTH is the combined Thevenin equivalent of RS, RT, and RG1.

Note that unlike an op amp the different amplifier does not create a virtual earth at its inverting input, so its input impedance is not simply RG1. The calculations required to get the desired input impedance and gain are described in TI's app note slyt301 Input impedance matching with fully differential amplifiers.

Not the answer you're looking for? Browse other questions tagged differential video single-supply-op-amp or ask your own question.