I am trying to control mechanism involving a nema 17 stepper motor. I use an A4988 stepper driver and an Arduino Nano both powered by the same 12 V/3A power supply. So far I have fried or crippled 4 Arduinos along with an A4988 or two. I have tried to sketch the connections. The potentiometer tracks the position of the mechanism that is actuated by the stepper motor.

Initially I suspected my poorly soldered wiring (probably partially rightfully) but I have since done the wiring using prototype PCBs and checked for short circuiting quite thoroughly - and this set-up actually worked for some minutes and then stopped. It is some while ago so I am not exactly sure, but I believe that at the time of the latest failure, the connection between the potentiometer and motor snapped resulting in quick motion of the potentiometer by a spring.

Some of the Arduinos are completely bricked but the last one seems to work, only the 5V pin outputs 4V indicating that the voltage regulator is damaged. Before I keep on frying Arduinos I hope someone more experienced could offer some pointers. These are the things I have suspected:

Eventually I will try the greater resistance and the capacitor but I hope with your help to spare any unnecessary Arduino casualties and get a generally robust result. Any help is much appreciated - thanks in advance 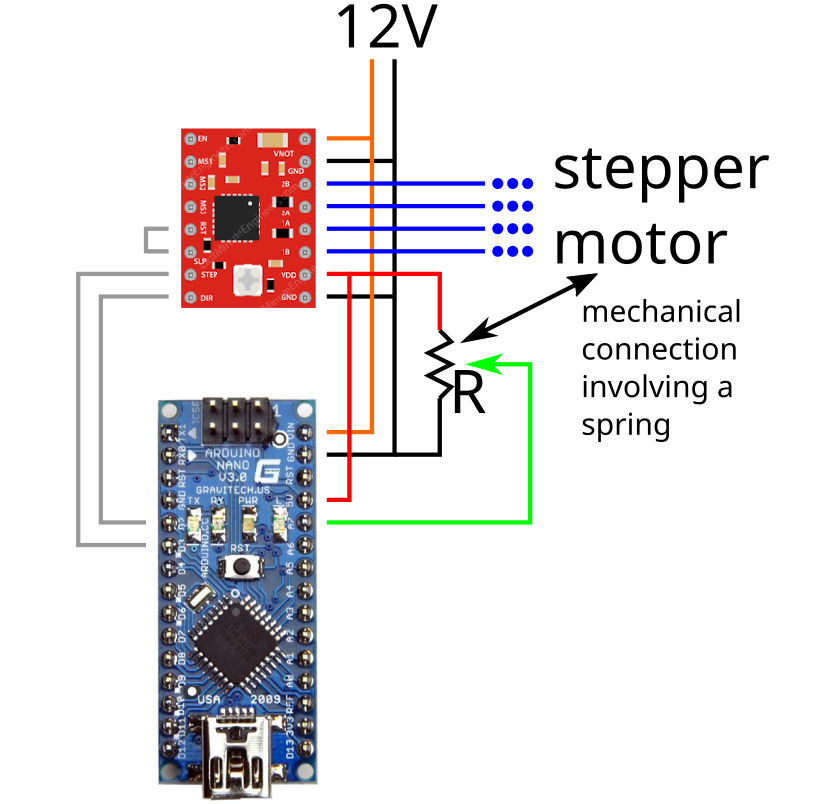 Browse other questions tagged arduino voltage-regulator stepper-motor stepper-driver or ask your own question.