After doing some reading online, it seems that you can't really build a step-down converter with only a filtering capacitor and without an inductor, because the losses occuring during charging of the capacitor would lead to low efficiency.

However, I'm looking at a application note from Zilog: "AN0259 - Low-Cost NiMH Battery Charger Using the Z8F0830": https://www.zilog.com/docs/z8encorexp/appnotes/AN0259.pdf which is using exactly that circuit - a capacitor is charged with a 10 kHz PWM signal, which in turn charges the NiMH battery. No inductor is present in the circuit.

What makes this circuit work in that situation? Or maybe it acts as I described above - it has high losses, but the designers just roll with it?

The circuit you mentioned could be described as a pwm current source. It uses its relatively large 2 ohms current sensing resistor, as well as the resistor R3 at the base of Q1 to limit its output current. A quick simulation shows that there is significant power dissipation in the other Q1 (BD140) during the on phase of the pwm cycle. So to answer your question: It looks like the designers just "rolled with it". 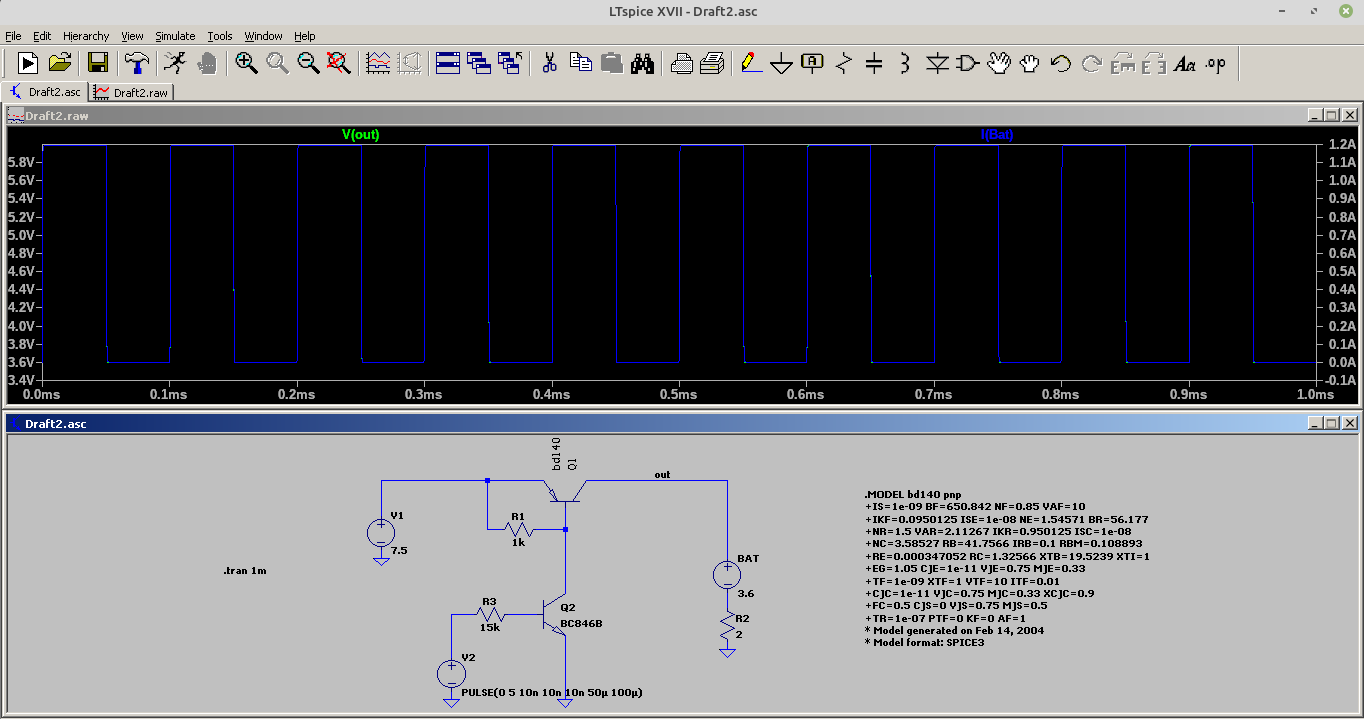 If you consider using this circuit i would like to advise against it since it relies solely on software intervention in case of overcurrent. Also, there is no fuse.

What makes this circuit work in that situation?

Base current to the driver transistor is limited by the 15k resistor, which in turn limits peak charging current due to current gain of the transistors. Typical HFE of the BC847A is ~180 at 30 mA, and the BD140 is ~40 at 1.5 A. With a control current of ~170 uA this would supply a charging current of 0.00017 x 180 x 40 = ~1.2 A. However HFE is not tightly controlled and varies widely with temperature, so the actual current is not very accurate.

Or maybe it acts as I described above - it has high losses, but the designers just roll with it?

Yes. In my opinion it is a poor design. But it is not that much different from older designs that charged with 'constant' current through a resistor from a linear power supply, with horribly low efficiency.

After doing some reading online, it seems that you can't really build a step-down converter with only a filtering capacitor and without an inductor. Because the losses occuring during charging of the capacitor would lead to low efficiency.

This type of DC-DC converter is known as a "charge pump". The capacitors in a charge pump are not for filtering, but for energy storage (unless it's an output capacitor, which is for filtering). In the simplest case, consider a voltage doubler: you charge a capacitor between power and ground, then disconnect the capacitor from ground, and connect the now-charged capacitor in series of the power supply.

Yes, efficiency at high current is much lower than a boost or buck converter, because charging or discharging a capacitor using a voltage source is fundamentally lossy, which limits their uses . Also, charge pump circuits are more suitable for doubling, having, or inverting a voltage than creating an arbitrarily regulated voltage.

Not the answer you're looking for? Browse other questions tagged capacitor inductor buck nimh or ask your own question.