If have designed the following circuit to convert a certain analog signal of an amplifier to digital pulses. The circuit works well - except for one point. 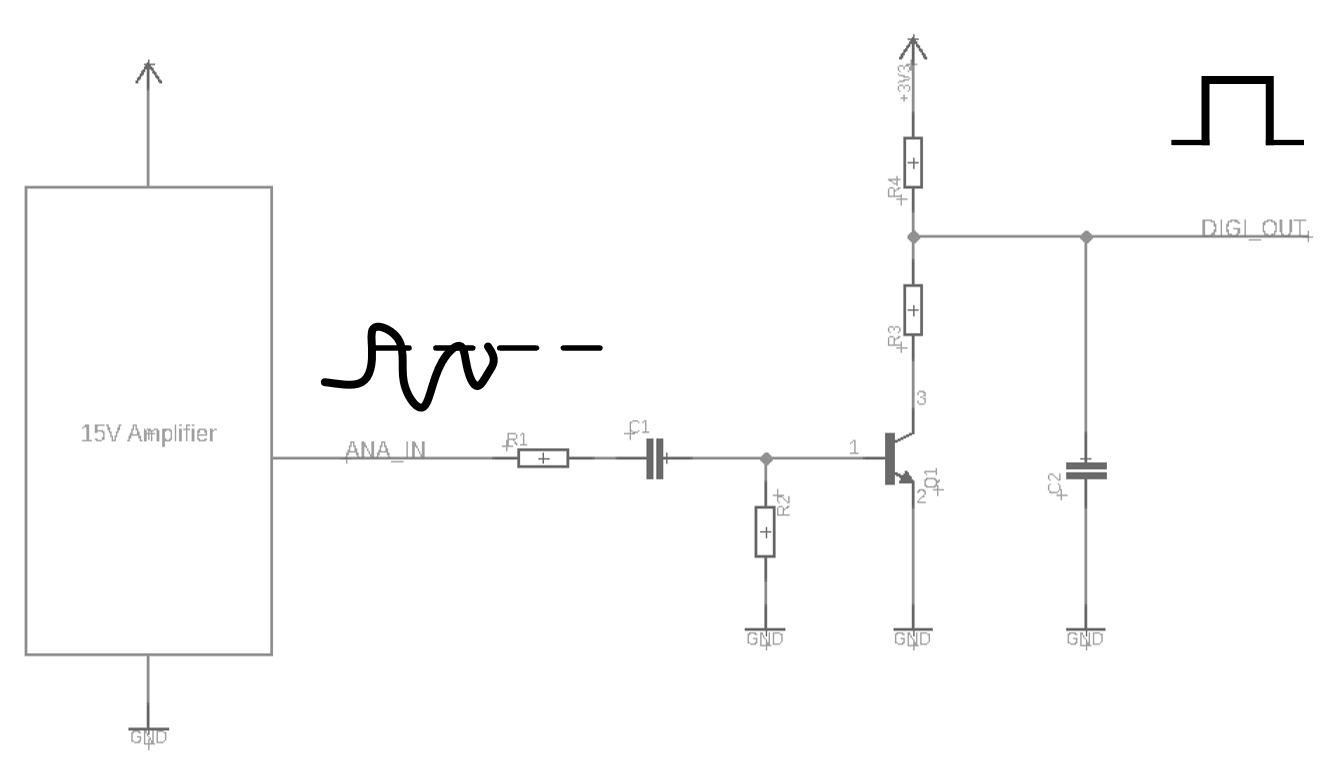 My prototype PCB has 4 of these amplifiers and transistor circuits on it and when one transistor produces a pulse the others do as well.

I did many tests in the last week, an I isolated the problem to the shown transistor stage. So my guess is right now, that the fast rising collector current of the transistor, causes some short high frequency burst in ground, which is then picked up by the other amplifiers. however I am not able to fully measure this.

I added C2 (and tried different values, to smoothen the pulse flank) as an afterthought and this already improved it, but not for all situations.

But here is also where I struggle.

I plan to put the 2 planes together at a star point. Here is the layout without GND:

As the emitter of the transistor is kind of on both GND planes and the star point is quite far from the transistor, I struggle on to which GND plane I should connect the emitter. I tend (just by feeling) to choose the 3V3 GND as this current is what causes the problem in the first place and as this current is much higher. However, I am worried, that the "small" current flowing through C1 in a pulse situation, has to go all up to the star ground point and back to the transistor, if I connect it like this.

So the 3 options are:

I hope, I described the problem clear enough, otherwise, please let me know in the comments, if need some more information. 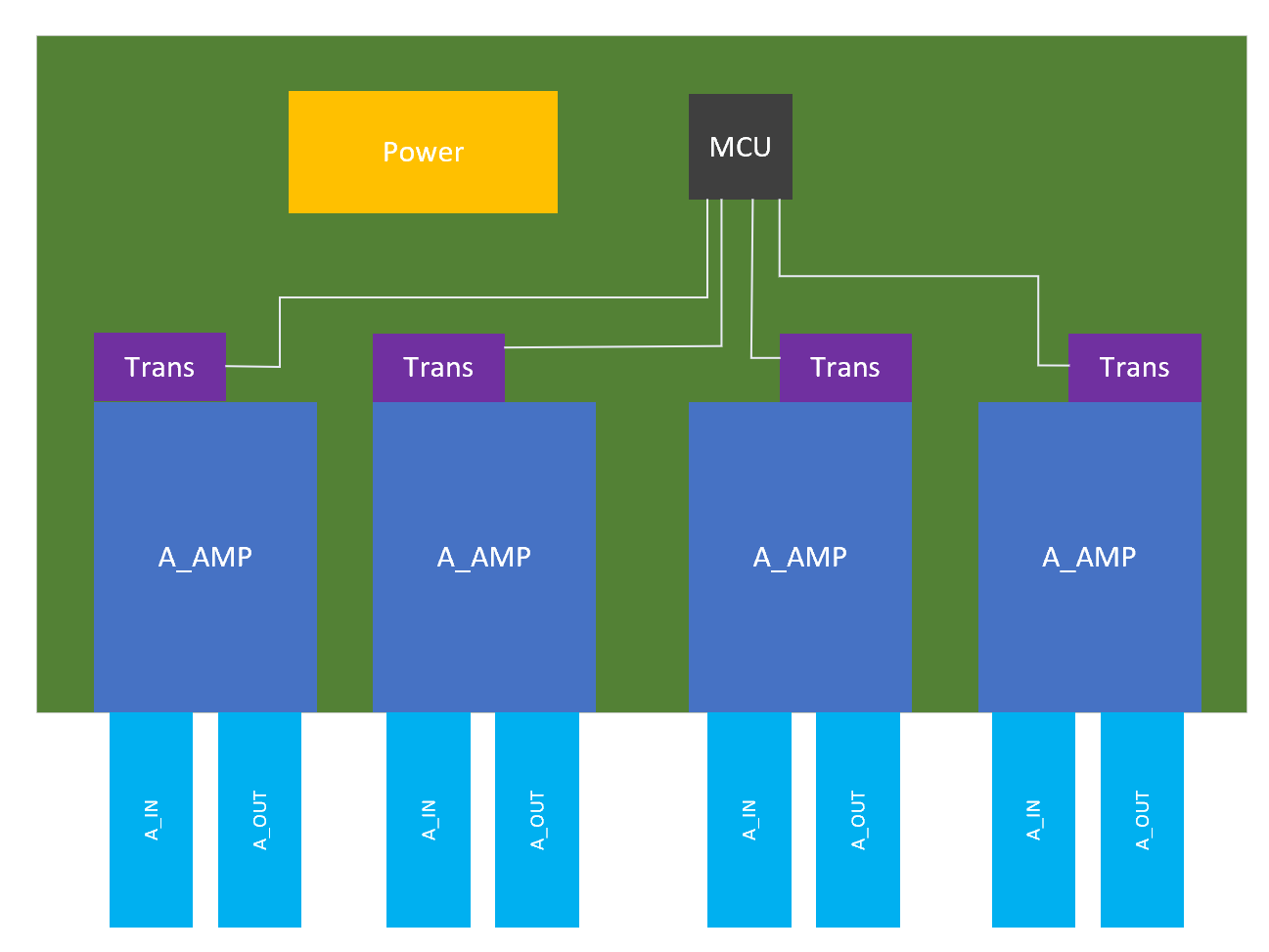 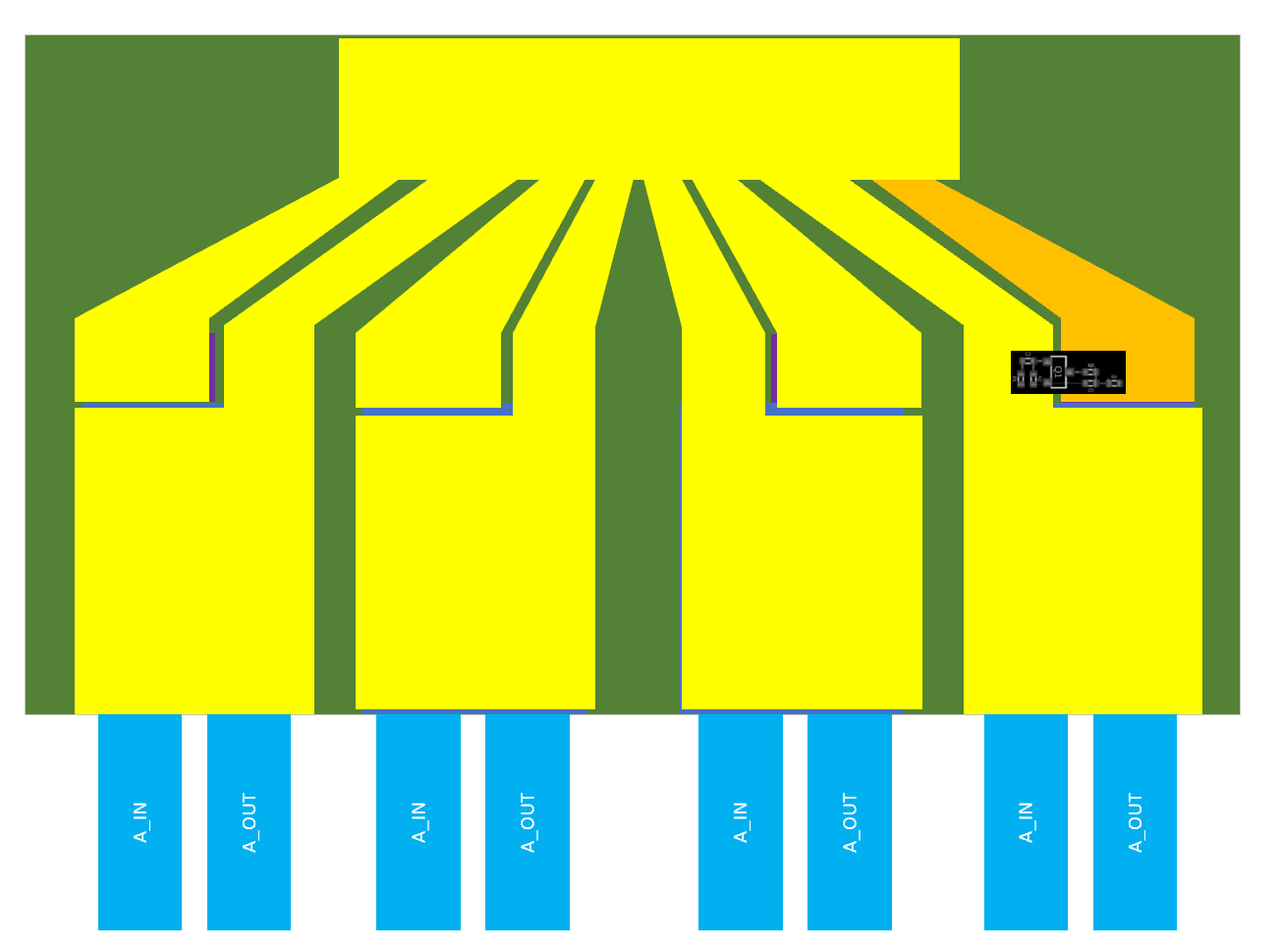 Closeup of the transistor circuit: 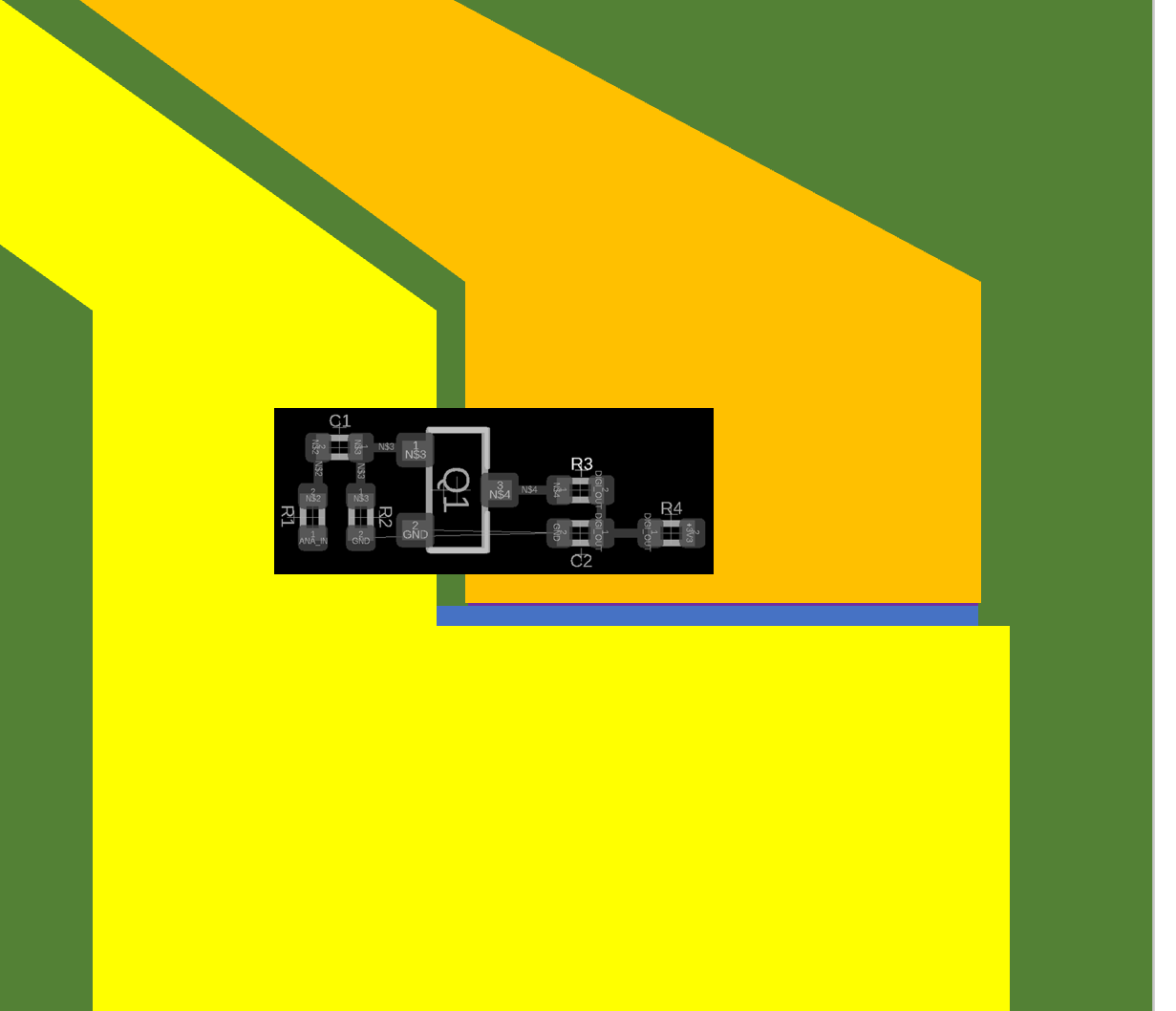 Not the answer you're looking for? Browse other questions tagged pcb analog ground layout or ask your own question.

231
Decoupling caps, PCB layout
15
Decoupling capacitors on the bottom layer?
12
PCB microcontroller layout in a mixed-signal system
3
Will a star-shaped Vdd net reduce ground oscillations?
1
Analog signal — what to do with extra/unused layer in a 4-layer PCB
1
How to create a mixed signal pcb
2
How to connect four different ground planes in the same PCB?
5
In a 2 layer PCB with a top layer densely populated, from an EMI & EMC point of view should the ground plane be on top, bottom or both and why?
2
PCB Layout Optimization Regarding VCC and GND