Capacitive Switch To Distinguish Between Metal and Plastic

I have an application where a rotating plastic wheel has ferromagnetic inserts on the circumference of the plastic wheel (they don't stick out). Shown below in the picture is the plastic wheel (black) with ferromagnetic inserts (red). This could be accomplished with a hall-effect edge detection sensor like the Allegro ATS616LSGTN-T but I don't want to use it because the magnet in this sensor will cause drag (due to the reluctance effect); this is my only reason for wanting to avoid using hall-effect sensors.

I am wondering if it would be possible to create a capacitive switching sensor to distinguish between plastic and metal given the wheel is rotating around 3500 rpm. 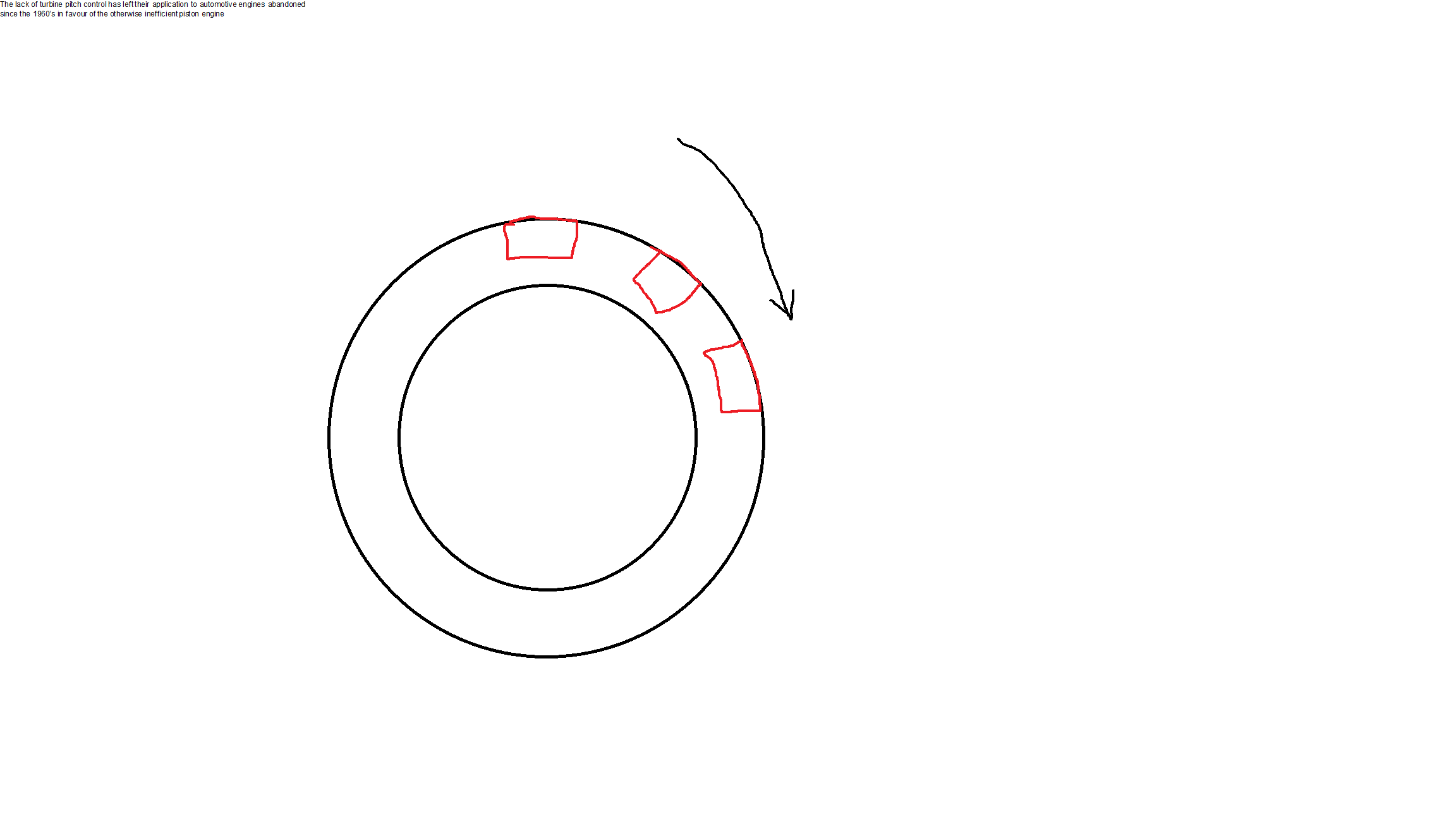 That's about 58 revs per second and, you might be able to do it with this: - 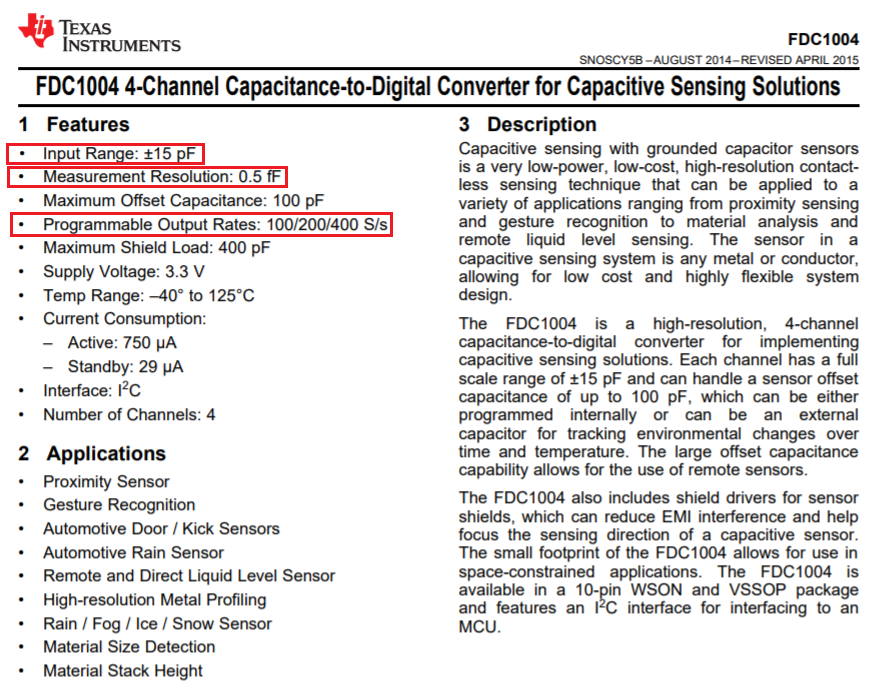 I believe you can get prototype boards to do some testing and if it works you can move on to a high speed sensing machine if you do require a higher sample rate. I've designed and built capacitive probes and sensor circuits that are good for a bandwidth of nearly 100 kHz so it's certainly possible with the sort of resolution as seen by the TI chips set above.

But, possibly a simpler way is to use the ferromagnetic properties of the inserts and build a mini metal detector that runs at (say) 100 to 300 kHz. It would be a low power AC excitation so it won't disturb the inertia of the rotating wheel.

Or just buy an optical sensor and paint a stripe on the wheel. These are very effective and can work at a distance of several cm. Again I've used these when testing rotating electronics on a spin-rig running at several tens of thousands of RPM.

To be short: the answer is no. capacitive sensors aren't so fast, at least from my knowledge, nor they will clearly distinct magnet from plastics.

The second thing is that hall sensors don't have any ferromagnetic inside to cause drag, so I do think is the best solution for your application.

If there is a large capacitance change (measure it!) I don't think you'd have any problems using that, though I am not sure if there is a "canned" chip- most capacitance touch or proximity applications need and want a much slower response time- tens of milliseconds for example. One of the earliest applications of this principle was vacuum-tube based proximity fuses in WWII.

If I ass-u-me 10 segments at 3500 RPM that's less than 600Hz. You can use a frequency of 1MHz, giving plenty of time to detect changes in impedance (or frequency if it's part of a tuned circuit).

It would be difficult to do this capacitively as it appears there is no electrical path from the metal in the wheel to ground or anywhere else. The best capacitive solution would be to put two plates in your sensor and measure the capacitive coupling between them to see if metal in proximity is creating a capacitive path. In the best case, that would provide 1/4 the capacitive change compared to the capacitance between sensor and insert.

However, I suspect an inductive approach would be easier. Measure the inductance of a coil in proximity, which will change as the ferromagnetic plate passes by.

Considering all the data available, it would not be wrong to conclude that this application is well suited for a standard proximity sensor application.

The maximum switching frequency would be close to 360 Hz.

Here's a comparison of various proximity sensor types with respect to their maximum switching frequency. 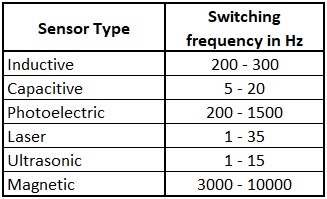 These are typical values across a range of diameters and sensing distances. Values for specific types could be as high as 50 Hz for capacitive and 1000 Hz for inductive sensors.

Since magnetic types are not to be considered, an inductive proximity sensor appears most suitable.

Not the answer you're looking for? Browse other questions tagged sensor hall-effect capacitive edge-detection or ask your own question.