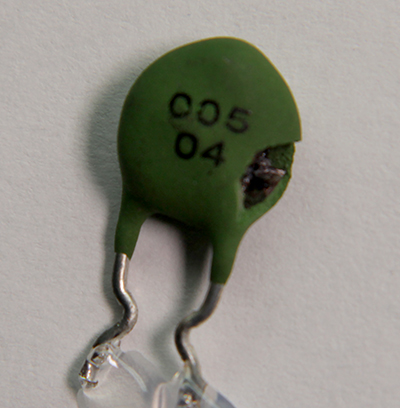 This part limits the inrush current to the input capacitors of a switching power supply. These capacitors draw large current when power is applied and will get warm due to power dissipation. When they fail they will leak and swell, forming a low resistance. The same value is commonly used in laptop power supplies.

Be sure to check for a bad MOV surge suppressor. These normally fail shorted but with replacing the fuse several times they have been known to read as a open.