I have a 220VAC:1200VAC 800VA 60Hz toroidal voltage transformer and I'd like to measure its parameters to simulate a circuit I'm gonna build with it, in order to understand better the transients. The measurements doesn't need to be very accurate. I have a very limited knowledge about transformers. My questions are:

Also, I'm having trouble to simulate transformer models in OrCAD Capture CIS. Would something like this be fine for my analyzis?

120 Hz as a test frequency is close enough to 60 Hz to get reasonable results. 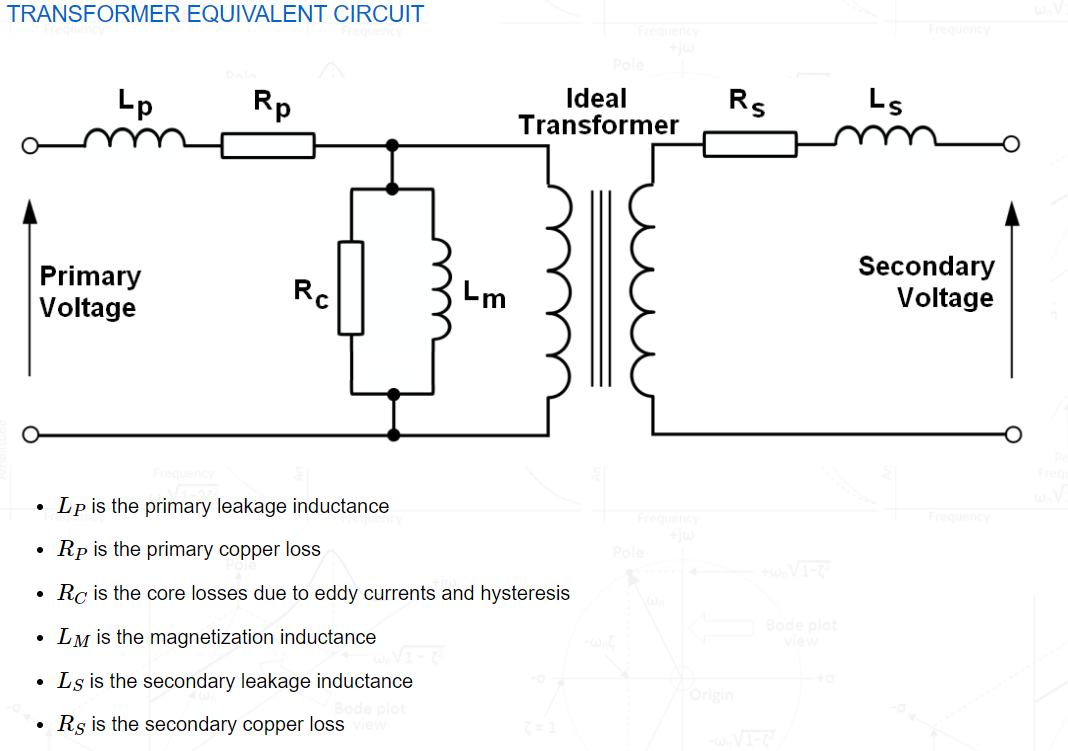 Additionally, you only need to do one measurement of leakage inductance because, which ever direction you do it in, it will be a combined measurement of primary and secondary. So, choose a measurement winding and then short the other winding out.

I'm having trouble to simulate transformer models in OrCAD

If I am making a transformer equivalent model in a simulator I try and mimic the full circuit shown above. I cannot say why your model isn't working for you.

Measuring core losses is more problematic because you have to apply full supply voltage to the primary and use a watt-meter.

Not the answer you're looking for? Browse other questions tagged transformer simulation measurement inductance spice or ask your own question.