I have bought a car radio (AMPrime 4022D) that has ability to connect rear camera to it, so you can see the image on its screen. The problem is that radio doesn't detect the signal (blue screen). But on an old portable TV, video is shown normally. Camera, that I use, was bought separately.

I have tried to connect different resistors (later on trimmer) on signal line of coax cable, and figured out that around 700-800ohm the radio detects video signal but the image is black. Maybe there is slight presence of otherwise bright spots. Every time I wanted to reduce resistance, the screen became blue again - no signal. Then I tried to do the following: when image was black (signal present) I would shortcut resistor with a screw driver and the true image from the camera would momentarily appear on the screen! Then soon after image from camera appeared, the blue screen came back again...

I don't know exactly what is going on, but I connected oscilloscope on an open connector and measured voltages that appear 1V higher than on specification of composite video. Could that be the reason, the signal couldn't be detected. I have also tested this camera on another more "modern" car lcd screen and the symptoms are similar... no video detected, except momentarily when camera is powered on.

What is the cause that this is happening and what could be a solution? 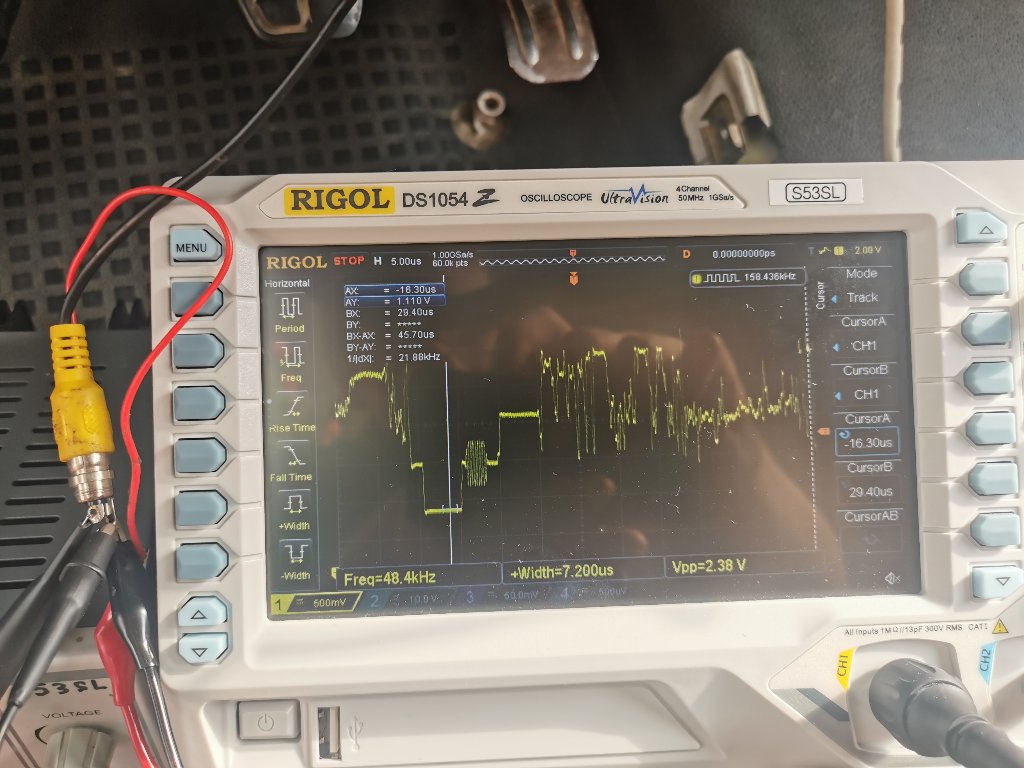 Voltage at color burst is 1.7V: 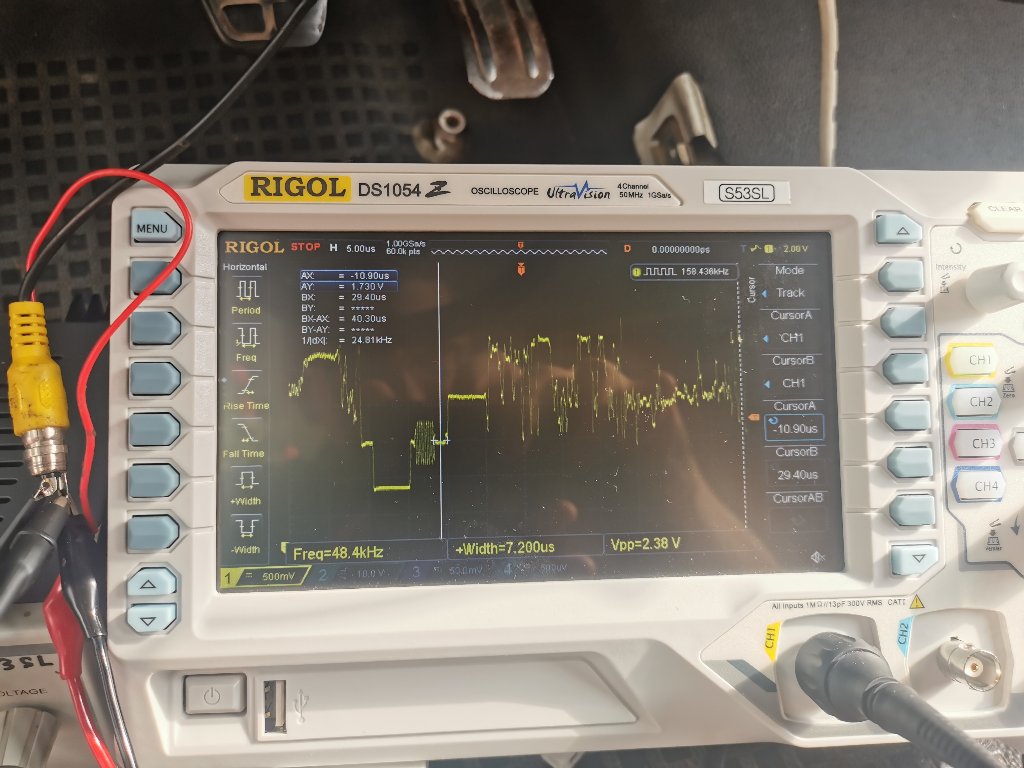 Another level measured at 2.3V: 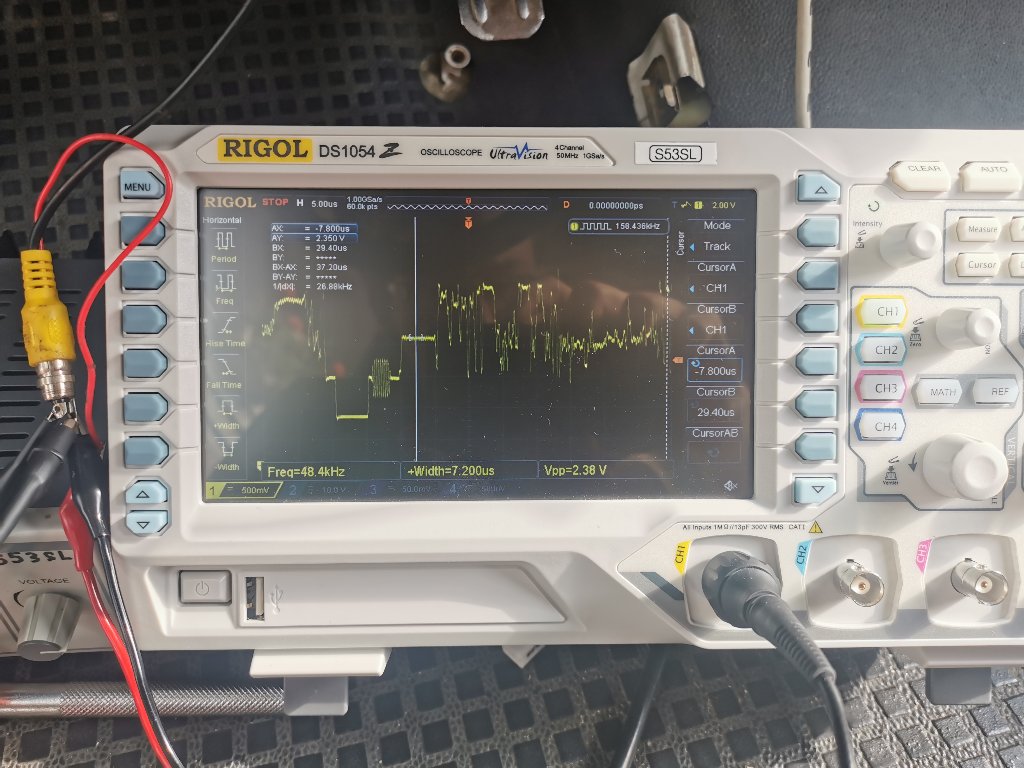 Video on an old portable TV: 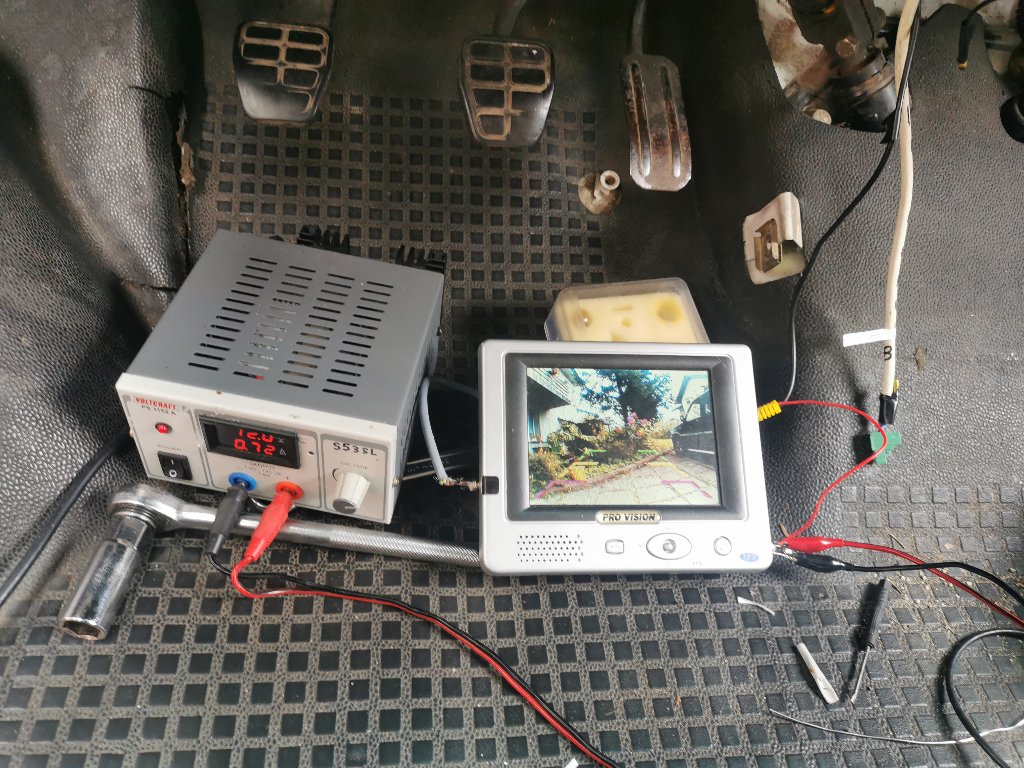 I've solved the problem by supplying the camera lower supply voltage (8.5V) by using DC-DC step down converter. It seems that signal generated by camera is better or more acceptable for display to recognize as proper video signal. @Justme also provided explanation why that could be the the case:

The video signal peak amplitude and average depend on how bright areas there are in the picture. That and also the used supply voltage can have an effect on the overall DC bias of the video signal, and that's why sometimes the display can and cannot lock on to the signal.

Not the answer you're looking for? Browse other questions tagged signal automotive camera video detection or ask your own question.

3
Capturing a video of a projector image
2
How can I separate the sync signal from a composite video signal?
3
Rainbow artifacts in composite video
3
CCTV camera wiring
4
AD725ARZ wrong colors
3
Connecting luma only output to composite input
2
How to avoid signal interference between 5 volt analog video signal and 415 volt servomotor and drivers, when working nearby
0
Controlling 3-pin pinhole camera from drone using Arduino
0
Is this slide wrong about the differential signal waveform?