I have the following circuit which is designed to take a longer pulse (on the order of miliseconds) from a microcontroller (source v3 below) and use two 555 timers in cascade to output two consecutive smaller width pulses (ranging from 0.5us to 10us and individually adjustable through a pot [not shown in the schematic below]). These two consecutive pulses are triggered from this longer pulse. The output pulse from the second 555 timer should follow after, when the output from the first timer goes low. I've used RC differentiators between the first BJT inverter and between the two 555 timers to avoid multiple triggering of the timers.

I've built this circuit and the output of the first 555 timer produces a satisfactory pulse however the input to the trigger of the second 555 timer with edge detection reaches a value just short of the 1/3VCC value required to trigger the second timer. In simulation it dips below this 1/3VCC value and the second 555 timer triggers correctly however in practice this does not happen as shown in the oscilliscope reading below. The lowest value it reaches is 2V.

Oscilliscope measurement at the input to the second 555 timer. (node titled in1 in the schematic above) 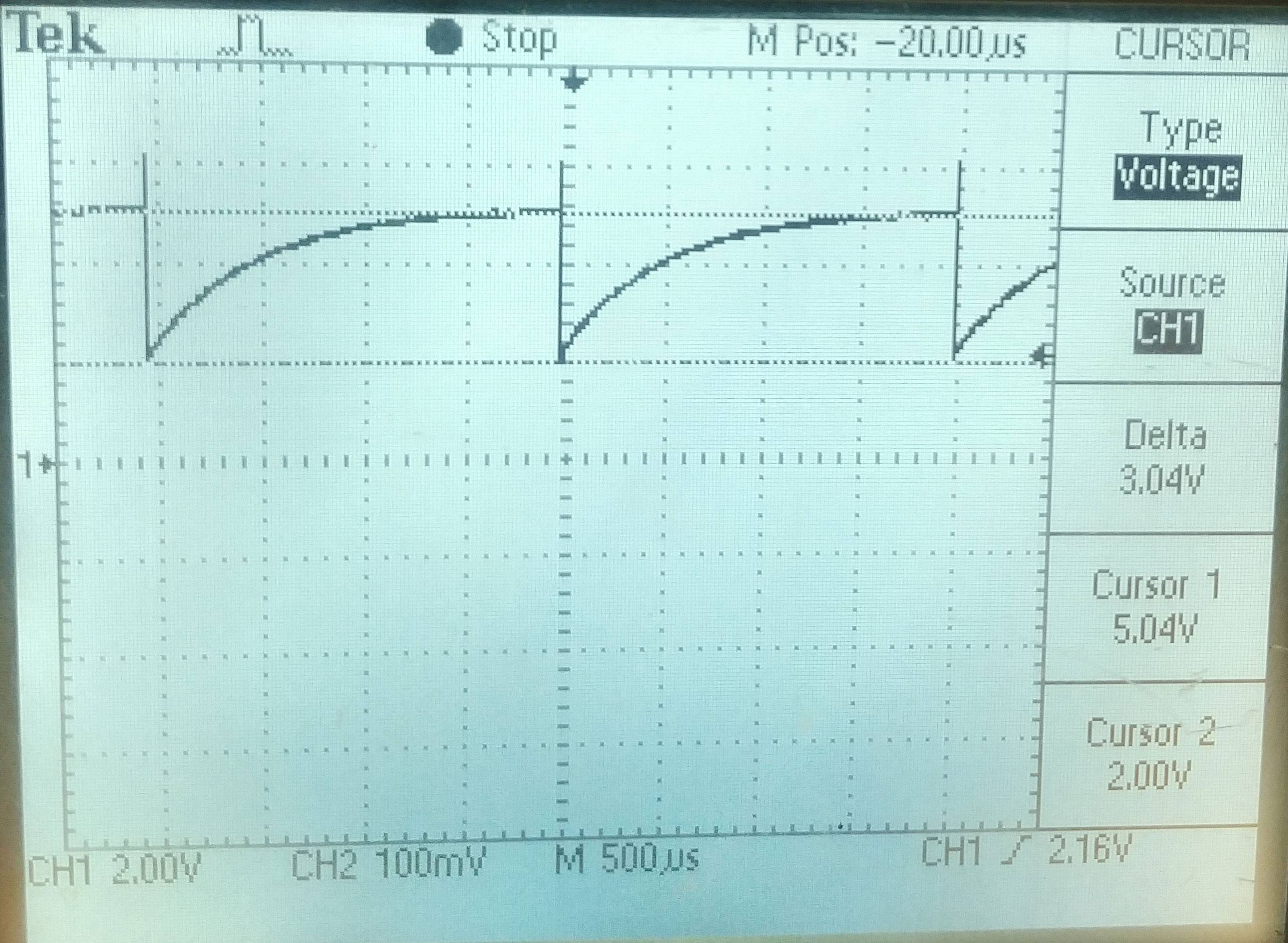 I have tried adjusting C4 and R9 (edge detector time constant) to get this value lower but it affects only the discharge rate rather than the amplitude. Connecting the top of the second edge detector to a lower voltage such as 3v rather than 5v results in a lower trigger value however I don't want to use a seperate lower source to solve this. I'm looking for a simple way to drop this trigger voltage by 500mV or so, so that the second timer will trigger. 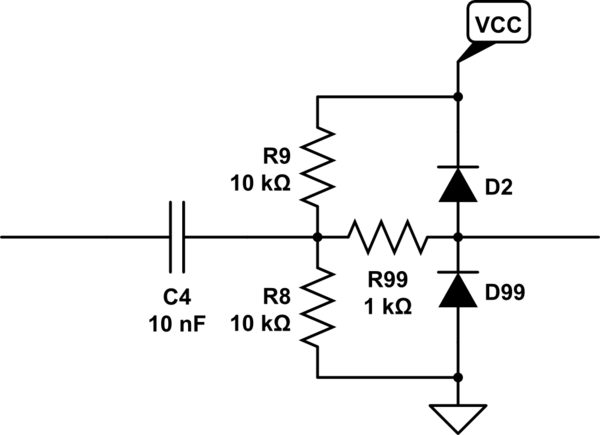 You could try a 10-100k pull-down resistor to ground on the output of the first and the trigger of the second. You may need to play with a few values to get the correct response. Depending on the 555 type the output can be 2 volts below vcc. Although most diagrams I have seen with one 555 triggering another are just directly connected between out and trigger.

I would suggest replacing the capacitors, same resistors and diodes at the Trigger inputs of LM556.

Not the answer you're looking for? Browse other questions tagged 555 ne555 or ask your own question.

0
556 dual timer circuit not clear to me
6
555 timer, one shot trigger
5
Generating a delayed pulse with one 555 timer upon powering up the circuit
1
Why does this Edge Trigger Work on input of 555 monostable config?
1
555 timer not switching at threshold voltage
0
One-shot Monostable 555 with long trigger
0
How to make 555 timer output fall
3
555 timer that does not output low when reset
0
Purpose of this pulse shaping circuit for 555 timer input
0
555 timer control voltage operation