Where is electrostatic potential energy stored in a capacitor system?

Now, suppose you have a capacitor system of the geometry as shown below, 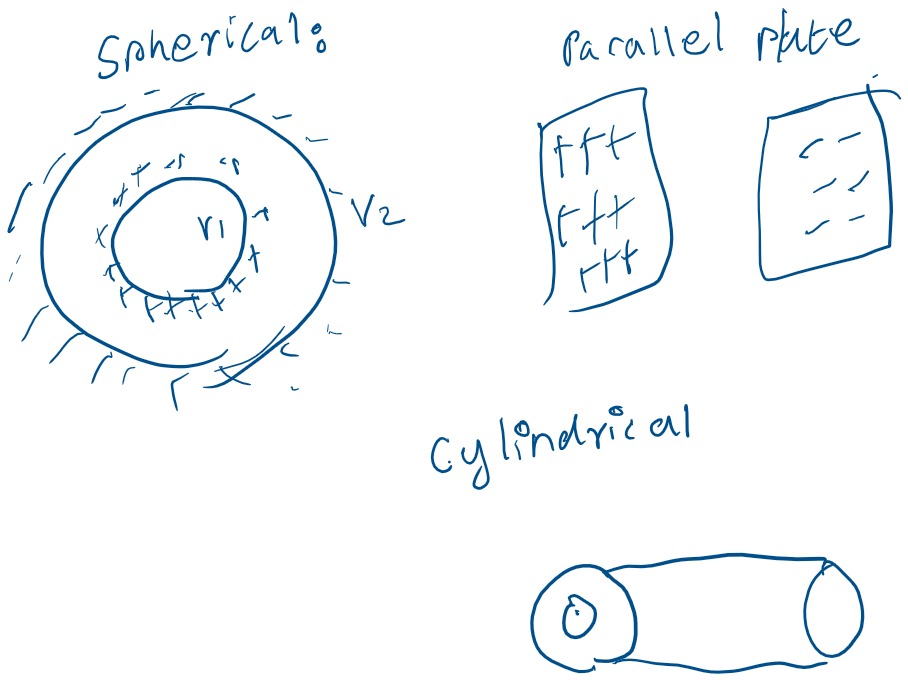 I know energy is stored between plates of a capacitor, however I have recently came across questions related to an exam which I'm writing where I have to find the region which contains half the energy. For example one of the questions I encountered was being given a cylindrical capacitor, when the capacitor is fully charged, where the region of radius 'r' where half of the potential energy lies?

You are asking something very fundamental. The stored energy is a property of the whole system - the charged capacitor. I mean the metal, the insulation and the caused state change, the unnatural imbalance caused by charging. Of course it's possible to create a totally artificial border. We search the area between the plates where the electric field is substantially stronger than it was when the capacitor was not charged and say: "It's here".

But that's not the truth for everyone because that field gives to the electrons a possibility to drop and do some work. As well we could say "it's in electrons which are accumulated in the unbalanced way, we only calculate the amount of available work with the field".

In physics we have learned to keep the field existent, it's not only a handy concept to make calculations. But we still do not know what the field actually is. It's easy to us to understand that the invisible air around us is a bunch of randomly moving gas molecules, but we cannot say what the field is made of.

I would say it's just the field and it holds the energy that can be released by discharging the capacitor. It's a property of the space to have such state as electric field.

The energy in a cylindrical capacitor:

I guess you can think the capacitor as 2 concentric cylindrical capacitors in series - the inner one and the outer one. Imagine one cylindrical equipotential surface between the plates. Somewhere is the exact place for the border so that the inner capacitor has as much energy as the outer capacitor.

I believe it would be a "volume" thing based on the wording of the question. In parallel plate capacitor, you can easily find the '1/2 energy' point just by thinking about it. It'll be midway between the plates. So half the volume on either side.

In a cylinder, that point won't be 1/2 way between the 'plates'. It'll be much closer to the outside shell. You'll have to do some math to figure out where. (geometry and/or calculus, not circuit analysis). There will be some gradient in the 'energy per unit volume', which is where the calculus comes in.

Not the answer you're looking for? Browse other questions tagged capacitor energy or ask your own question.