I need expert help. I have an old Lenovo C540 AiO desktop that I am trying to salvage. This model is prone to a failure in the SATA power cable, at the HDD connector end. I have found video guides on how to create your own power cable using a spare SATA power cable and the mini motherboard connector from the original cable. 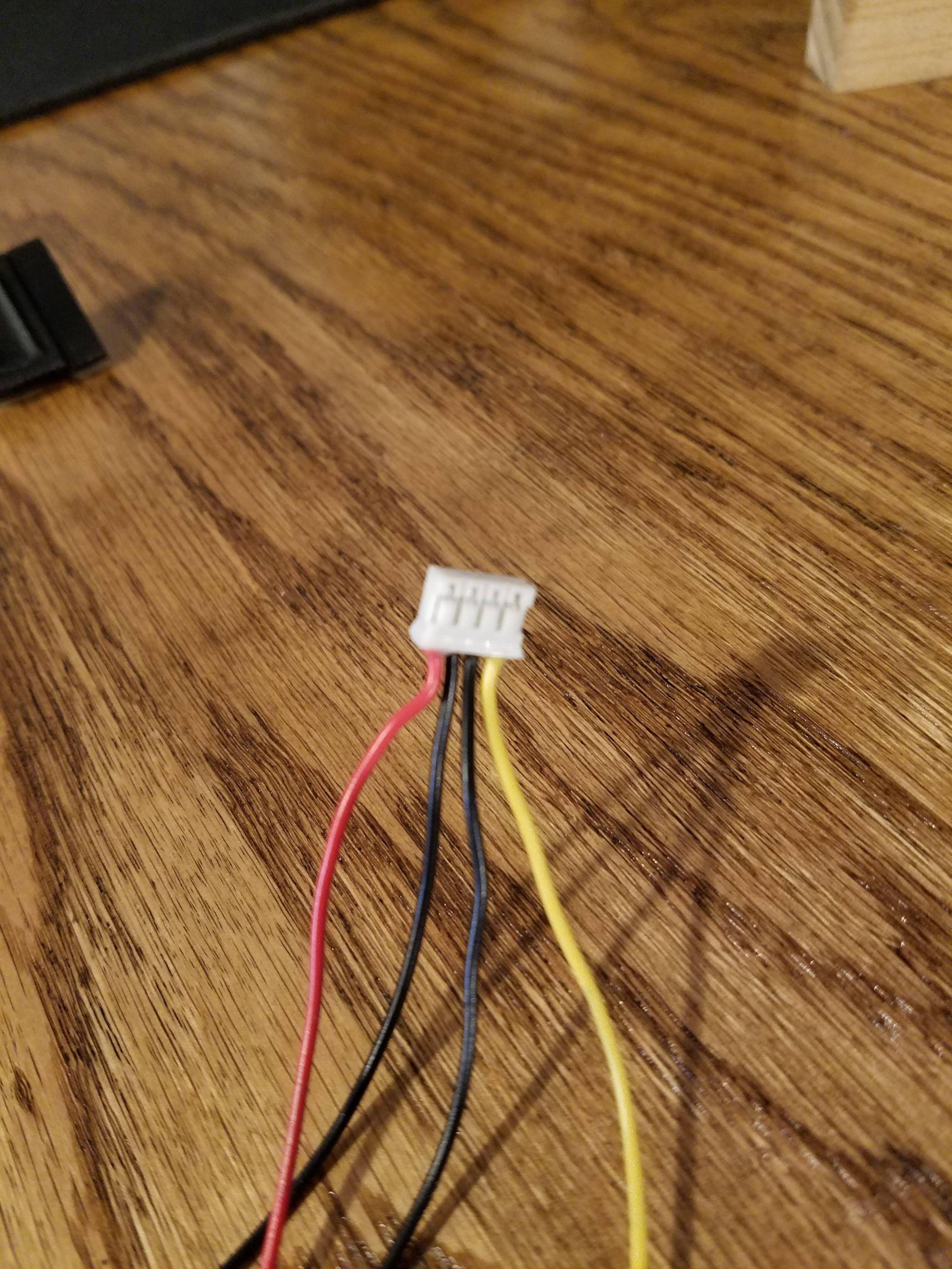 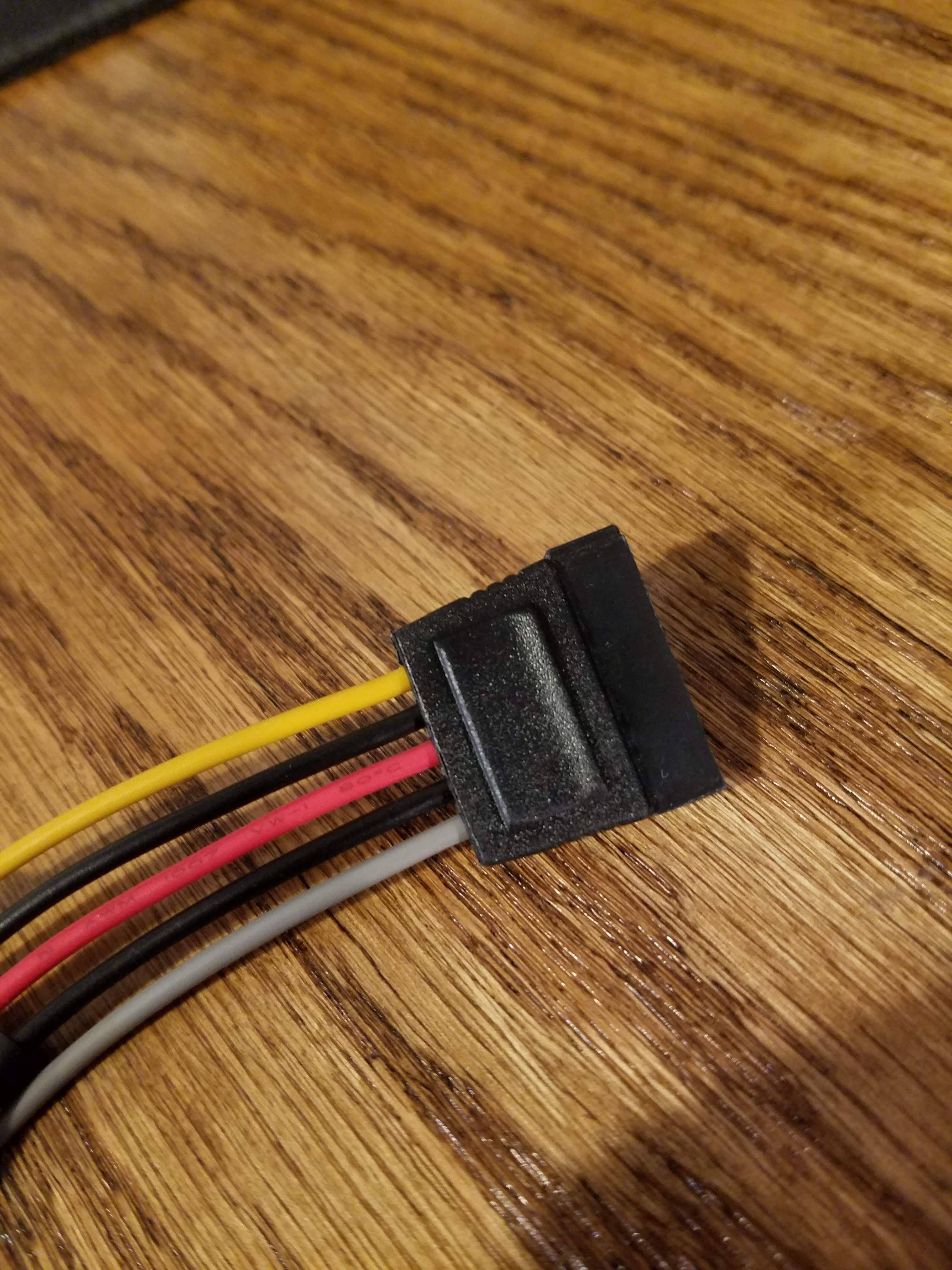 Unfortuntely, I cut off the original motherboard connector end before I made note of which black connects to which black end to end.

The guy who made the video told me that matching the black does not matter. This seems correct, but I want to get this right and could use a second opinion.

I have looked at pinouts on the standard SATA end, and the blank are just labeled as "GND" but the 11 pin is labeled as "Staggered spinup/activity". I can find no pinout for the motherboard connector.

I have tried to contact a seller on ebay who has torn into this model before to see if he could confirm the original design, but he has not replied since our original contact.

Can anyone confirm that I can connect either black to either black? I don't really understand why they don't just put them in the same order on both ends to avoid confusion.

Why does the SATA power connector have so many pins? 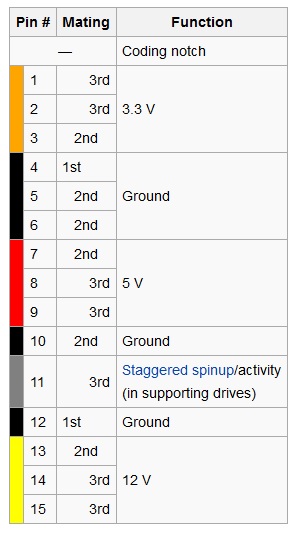 the answer is basically in your pics.

With the black SATA connector, black between yellow and red goes to the yellow +12vdc circuit. The gray sata wire, on the sata power connector, is either a hard drive spin up signal wire or 3.3vdc power, there's no significant current on the gray wire so it shares ground with the red +5vdc.

Can anyone confirm that I can connect either black to either black? I don't really understand why they don't just put them in the same order on both ends to avoid confusion.

The SATA power connector has 15 total pins, but you can't put X wattage through one 1mm wide pin in the connector so there are numerous pins to provide the area needed given the form factor of that connector.

If you criss cross the ground wires then what would happen?

I don't know I can only speculate.

But in electrical engineering terms would high current +12vdc return to the power supply on what would be the +5vdc rail before ground DC ground becomes common with the PSU? I think if you answer that question then you would know for sure if criss crossing the ground wires is something not to do. If you're connecting just one hard drive, especially an SSD which uses like 2 watts, I doubt there would be any harm. The worry would be if some high power device was being powered. In any case, I would not criss cross those two black grounds and given what I described above hopefully it's now clear that if your messing with it there should be no reason now you would end up criss crossing the grounds. 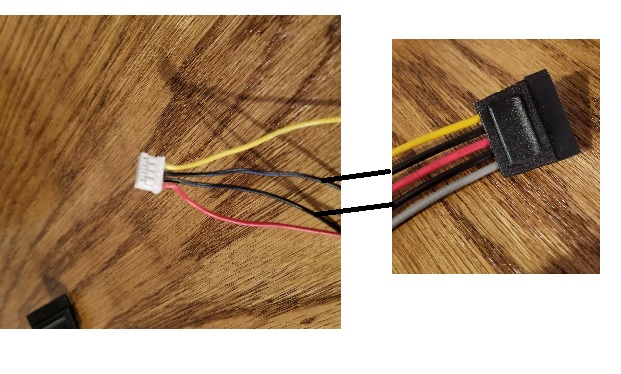 Not the answer you're looking for? Browse other questions tagged power sata or ask your own question.

19
Why does the SATA power connector have so many pins?
0
Molex to SATA power adapter from a Cooler Master modular PSU?

0
SATA over unshielded cable
1
What do these dashed/dotted lines mean in this power cord schematic, and how should I ground this device?
4
What is the power specification for SATA?
1
Fan PWM Emulation with SATA power
0
SATA power connector usage